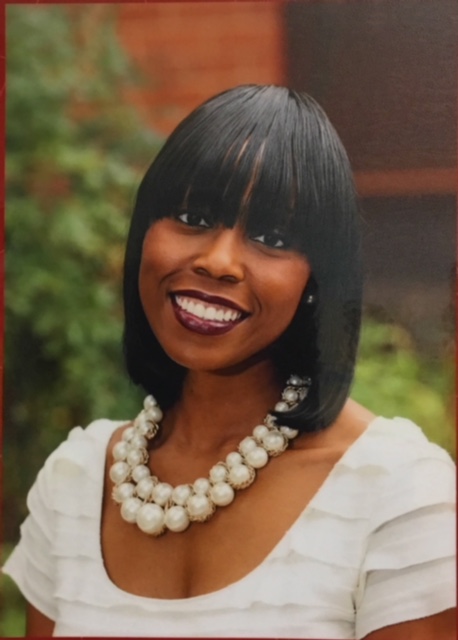 Erin Scott was nominated by her colleague Angelo Parodi.

Ms. Scott is one of the finest teachers Angelo has ever worked with. Her dedication and devotion to her students is an inspiration to every teacher who works with her. Students who have her for a teacher don't just do well - they exceed even their own expectations.

"I have watched students with low self-esteem and nearly crippling shyness respond to Erin in such a way that you would not recognize the same child at the end of the year," Parodi said. "Students work hard for her, and she brings out the best in them."

Ms. Scott not only dedicates school hours to her students, but she also stays after school tutoring students, running debate club, helping out with school-related activities and planning events such as the school musical. Ms. Scott is a tireless advocate for her students and colleagues. She is the team leader for the fifth grade teachers and often brings them ideas and strategies to use in their rooms. More importantly, she offers advice and emotional support in the more stressful moments of the job.

"I am older than Ms. Scott and have been teaching longer, yet I can say emphatically that she has helped raise my level of teaching," Parodi said. "She has helped me rethink my attitude about how to deal with difficult students. The first time she gave me this advice, I listened, changed my strategy with that student, and ended up having a great year with that child. She opened my eyes in a way that allowed me to grow and help my student. I have taken that advice with me now with every child I teach. I can never forget her advice and the tact and care with which she delivered that advice. I owe her a deep debt of gratitude."

"I so highly recommend Erin Scott for Lifechanger of the Year," Parodi continued. "She changes not only her students' lives, but those of the teachers around her as well. She does this every single day."

Minna Scherlinder Morse Posted over a year ago

Ms. Scott inspires kids of different abilities, temperaments, and backgrounds to do their absolute best. She inspires their trust because she truly cares about each one of her students, and sees them as capable of doing their very best work and being their best selves. My daughter loved being in her class (and that of her sponsor here, Angelo Parodi) in fifth grade at John Eaton ES. She looked up to Ms. Scott in so many ways, and felt supported not only as a math student but as a whole person. She still loves to visit when she is able. I am so glad to see Erin Scott recognized in this way!

Svetlana Kardan Posted over a year ago

Growing up in the family of educators, I came to realize that some people are born to be great teachers while others work diligently to become a great teacher. Ms. Scott is a phenomenal teacher since she incorporates both of those characteristics. The first interaction that my son had with her was approximately 4 years ago when my child was enrolled in summer school with her. During that summer, my son would come home and talk a lot about what he learnt in Ms. Scott's class and I remember how he was looking forward to go next day to school even though this was a summer school. According to my child, I recollect, that one of her many laudable features includes her ability to engender a positive, academically friendly environment in which she connected with my son from first minutes of their first class. In spite of the fact that the class during that summer school consisted of students from diverse backgrounds and academic levels, due to Ms. Scott's teaching skills and unique approach, my son started feeling comfortable to share in class his opinion and gradually started to engage more. As a result, this was a very productive summer for my son since he not only grew academically and was excited to study more, but also started to love school because of the atmosphere which she fostered was so positive and exciting. My son learnt a lot and made new friends and was always in a very happy mood. He often remembers that summer school as one of the most productive and positive academic experiences, and that's because Ms. Scott would give herself 110% to help students to equip with tools for life and teach them in an enjoyable for kids way. I felt compelled to convey today my son's experience and how Ms. Scott would inspire him to be smart, work hard and be positive. I really admire this teacher because she managed to pull together and deliver not only results, but create a pleasant studying process for kids. Currently, my son is in fifth grade and because of departmentalization system, he is taking her classes. My son always feels important and he is very motivated to study harder because she provides him with highly elaborate and lucid feedback. Ms. Scott cares about her students and supplies additional handouts when she sees a child will benefit from extra help and she does not get tired to tell kids to seek her help outside of class if they do not understand something, especially since they are using some new math curriculum now. My son always looks forward to attend school because he knows that her each class would be full of positivism, growth, warmth, and even humor; as a result, he thinks that studying is fun when the teacher cares and believes in him. Also, Ms. Scott balances very well two other qualities: being strict while still being kind and encouraging; thus, kids now they are expected to deliver, but she also loves them and hugs them and they feel that love and care as well. A great teacher is the one who pours her heart when explaining the subject, believes in you, and helps you grow to excel and be a confident individual. That's who Ms. Scott is!

The Holley Family Posted over a year ago

Our first meeting with Ms. Scott in fifth grade, we knew her teaching philosophy and nurturing presence would play a vital role in our African American daughter's continued high achievements from public school into a very competitive private middle school environment the following year (this year). Her willing availability during lunch and after school hours for class and homework assignment clarity stood out to us! At graduation, we departed wishing Ms. Scott to be our daughter's teacher through grades 6th to 12th as she transitions to adulthood. She is absolutely a life changer!

Pamela Ehrenberg Posted over a year ago

Ms. Scott continued to be a resource by believing in my daughter even after she moved on to middle school: Ms. Scott advocated for a higher math placement for my daughter based on demonstrated classroom performance even though my daughter's standardized test scores made it look like she might not be up to the challenge. Buoyed by this support, my daughter not only thrived in the higher math class but took the next-level math class during the summer, and is now taking the next *two* classes simultaneously during 7th grade...also considering a math magnet program for high school...all because of Ms. Scott's belief in her ability and willingness to advocate. Thank you, Ms. Scott!!!!

Martha Coven Posted over a year ago

My child absolutely blossomed under Ms. Scott's care. Ms. Scott challenged her to achieve at the highest levels in writing, reading, and math (she is a fantastic math teacher!), and helped make her comfortable with public speaking - so much so that my daughter was able to take on a major speaking role at an end-of-year school ceremony. It is such a gift to have a teacher like this in a child's life, and we are grateful for every day our daughter spent in her classroom. It has made her a more confident and successful student, and also a better citizen. We all could learn from the example Ms. Scott set for how people should treat one another! She most definitely deserves this award.