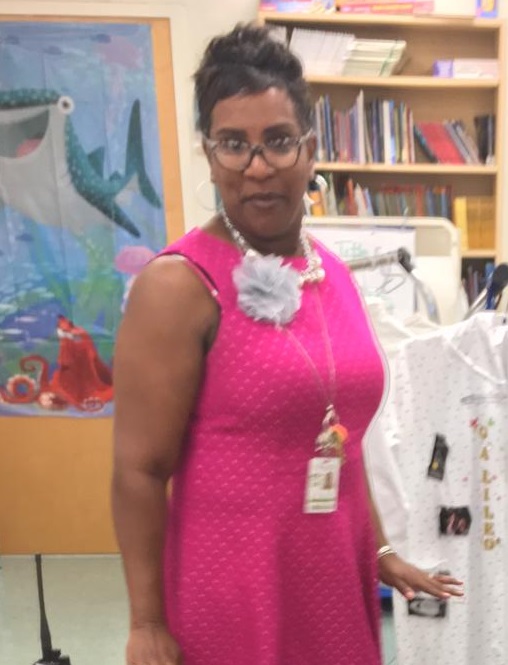 Nichelle Williams was nominated by her colleague, Marta Moise.

Ms. Williams has shown true dedication to students, parents and educators in her work as a school leader. She has been able to stimulate the school culture at a moment when the school experienced many changes. Through her zeal and passion as a transformational change agent, she has been able to effectively build the school climate. She first began this change with her leadership team, where they retraced the vision and mission. This experience allowed for members to begin discussion about why they've entered this field and how they have made an impact. Ms. Williams understood that this change began with her leadership team, and through her team of school leaders, she would be able to have a greater impact with classroom teachers and students. Each lead member worked with a particular group of teachers to gain buy-in and a true commitment to the action plan that everyone helped to create.

Ms. Williams and her team of leaders were able to lead her team of teachers to nurture a changed mindset over the fixed mindset, which accepts the belief that all children can learn as long as teachers set a path that encourages growth. Ms. Williams now tackled student buy-in. She met with each grade level wearing her New Orleans football team jersey and asked each class to create a team name. She presented the game plan, the one that students also helped to develop. Ms. Williams reached out to community members to help provide bikes and other related donations to classes, students and teachers. She rode the bikes out in the parent drop off area, to communicate and to motivate parents. She also rode the bikes through classes and other areas of the school campus. Students loved seeing her on the bike that they were working hard to win. She encouraged every student to work hard and to believe in themselves.

Ms. Williams' game plan worked, and their school went from an F to a C and only 2 points away from a B. She believed in everyone and included everyone in the decision making process.

"I have worked with at least 7 school administrators in my career as an educator," Moise said. "Ms. Williams works from the heart and has a genuine care for everyone she encounters. I have seen how irate parents would enter her office and later leave in tears because Ms. Williams knew how to speak light and life into others. I truly believe that Ms. Nichelle Williams is a true LifeChanger in the lives of the people she works with at schools and the community she so passionately serves!"