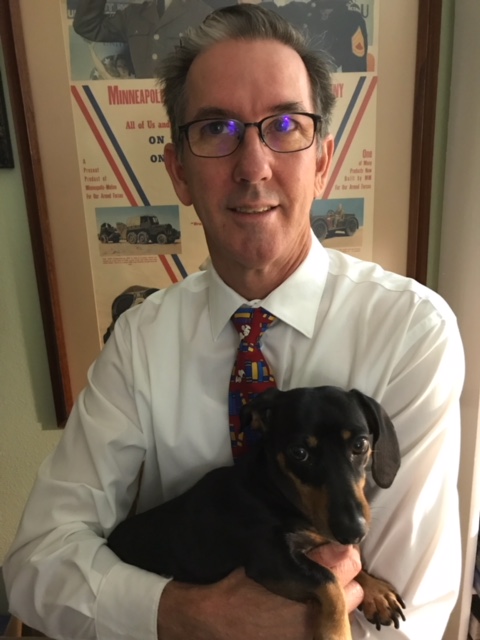 Randall Smith was nominated by his wife, LaVern Smith, as well as a colleague and fellow LifeChanger nominee, Luz Sarahi-Cruz.

Mr. and Mrs. Smith have been married since 1998. Since that time, she has witnessed his dedication to being the best teacher he can be. He started teaching in 2002 at D.S. Parrott Middle School in Brooksville, Florida. While at Parrott Middle, Mr. Smith would often stay after school to help his students with their class work.

When he taught at Parrott Middle, he was so enthusiastic about teaching history that he would volunteer to help his students compete in the annual History Fair and travel with them to Tallahassee to compete at the state level. He would be gone all weekend and come back exhausted, but would always be glad he went. Sometimes, when Mrs. Smith is out with him in the community, students from years' past will give an enthusiastic hello and tell him how much they appreciated him as a teacher. They have thanked him for helping them become who they are today.

While at Parrott, Mr. Smith helped counsel many students who were having emotional struggles. Many students would come to him and ask him for advice on how to deal with difficult situations at home or at school. Before leaving Parrott Middle, he was nominated for Teacher of the Year because he was so well liked by both his students and fellow teachers. He left Parrott Middle School to teach at the high school level, and has been teaching at Springstead High School since 2007. In high school, he encountered similar experiences where troubled teens would go to him and ask for his advice for dealing with life issues.

"Recently, I met one of his students at an adult bible study at our church," Mrs. Smith said. "His name is Harry. Harry looks up to my husband so much that he would spend all the time that he can with Randy while he is at school. When Harry discovered that we went to church, he decided to come to the Monday night bible study so he could spend more time with my husband. I have learned from Randy that Harry has a dad, but because of divorce, his contact with his real father is very limited. I can tell that Harry looks up to him as a surrogate dad because of the connection that has been made between them."

Mr. Smith contacts the parents of students who need help in their academics, and gives every student the help and time that they deserve. He even offers students the option of turning in late assignments if they need the additional time. He wants to ensure that all students pass his class and receive the credit they need to graduate high school. Mr. Smith received his master's degree in curriculum and instruction in 2007 because he is always looking for ways to become more effective in the classroom. In 2012, he began the process to achieve another master's degree, but this time, he wanted a master's in U.S. History and Govermment.

Mr. Smith has been attending Ashland University in Ohio to complete his master's. He has taken half of his classes online, but was required to attend the other half in-person. As a result, he had to fly out of state to attend the classes in Ohio. He believes so much in excellence that the time invested in studying and the financial burden is not a worry for him - all that is left is for him to complete a final test.

Last year, most of his U.S. History students passed their End of Course exams because of the dedication and time he put into preparing them. 86% of his students passed that exam, which is about 20% higher than the state average on that particular test.

"I believe my husband deserves to be recognized because of his commitment," LaVern said. "I know he makes a huge difference in the lives of so many students. He has dedicated the rest of his life to teaching so that he might be able to help as many students as he can. Students come to him for help because they know that he truly cares for each and every one of them, and he treats them with dignity and respect. He truly is a dedicated and compassionate teacher!"