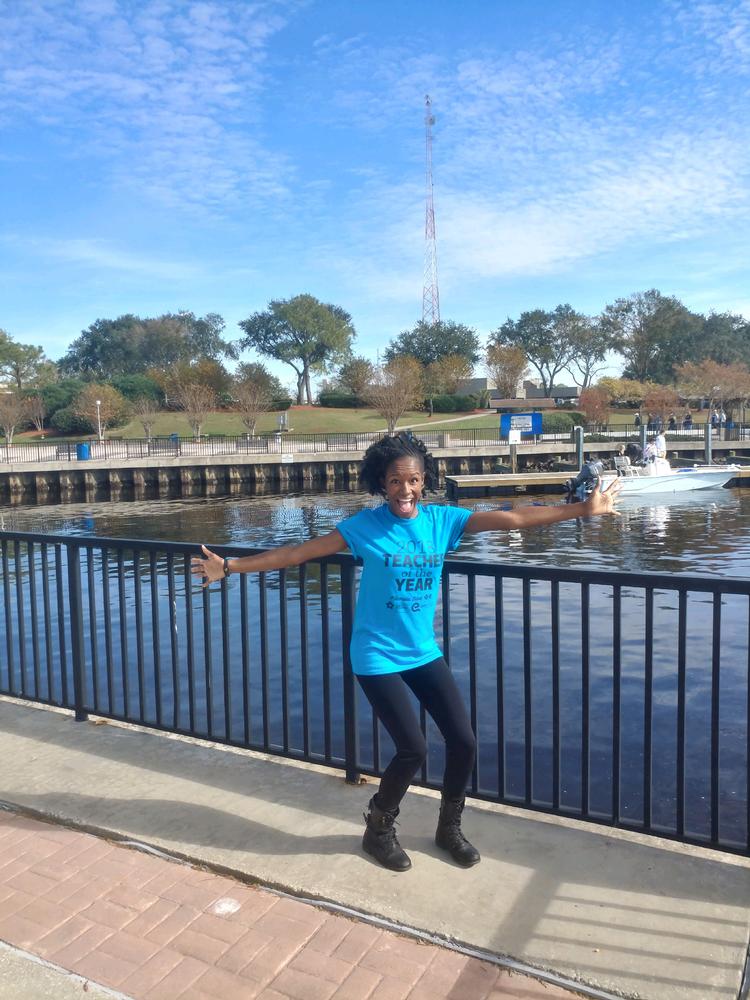 Roshanda Jones was nominated by her spouse, Christopher Jones.

Mrs. Jones represents what an educator should be, in every way.

"Being her husband, I see sides of her that no one else does. She has a tremendous ability to not just remain positive, but to exude it even when she is stressed, overworked, or simply not feeling well," Mr. Jones said.

A few years after their first son was born, Mrs. Jones was consistently getting only around two hours of sleep each night. During this period, Mrs. Jones expressed the fear that she might not have enough energy to give her students 100%.

"I was astounded that with everything else on her plate, not being there for her students was what she was scared most of. Her commitment to her kids is amazing," Mr. Jones said. "We frequently maintain contact with students from her class outside of school."

"Her Step Team, which performs at events, is always considered the best performance at an event. She is truly a wonderful leader and educator," Mr. Jones said.