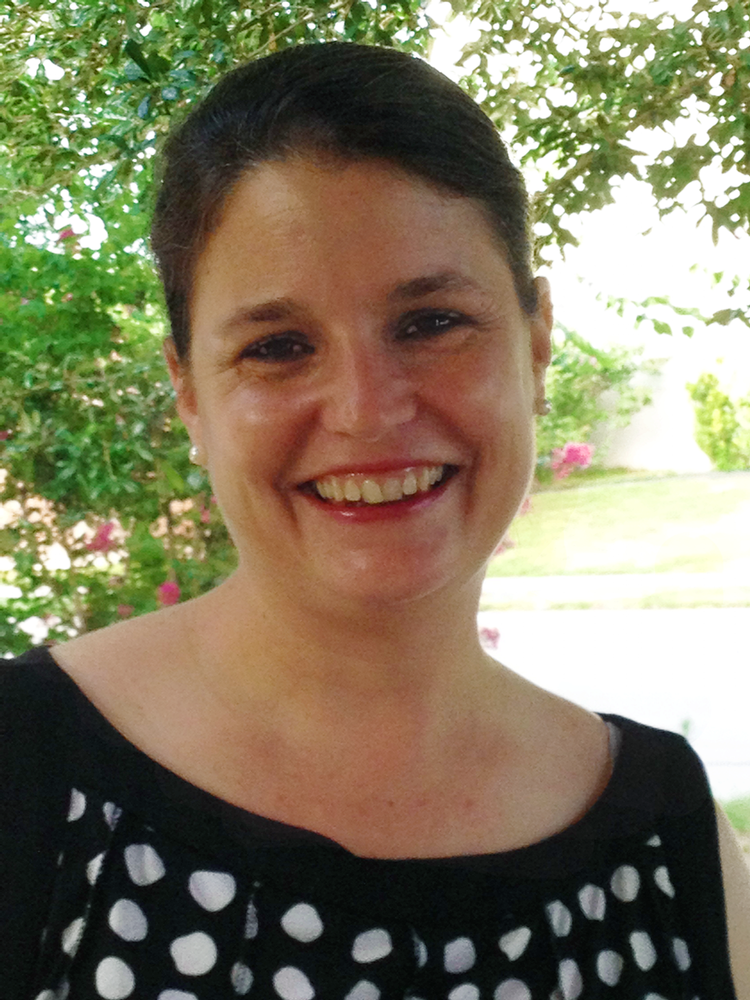 Melissa Dupre was nominated by an anonymous former student.

In the fall of 2015, administration at the school and district grade levels realized that stress was increasing school-wide and wasn't going down anytime soon. Administration identified the school's GPA system as a major root cause of this stress and pressure. The GPA system allows for students to take unlimited honors and AP courses, and the system gives a 110% boost towards a student's weighted GPA if they take an honors class. It also gives a 120% boost if they take an AP class. With AP classes come an appropriate amount of rigor and the opportunity to receive college credit. A large percentage of juniors and seniors at Westlake High School were taking 6-7 AP classes in a given semester. This resulted in a plethora of unhealthy side-effects as more and more students overloaded on APs, taking an immensely unhealthy course load.

The administration recognized this and formed the Westlake High School Grade Weighting Committee in the fall of 2015. Mrs. Dupre was chosen to steer this committee because she was one of the educators who had recognized students' physical and emotional side-effects. Over the next few months, Mrs. Dupre did a fantastic job of leading the 50-person committee, which was comprised of selected parents, students, teachers, faculty, and administrators. She spent hundreds of hours outside of the school day preparing agendas, ensuring that all members had opportunities to be involved. She set short and long-term goals, and even picked up the slack from others.

During the fall of her nominator's junior year, the going got tough. Mrs. Dupre, along with her nominator and three other students, volunteered to take the proposals that the committee had come up with and convince the general public & the school board to accept them. These proposals would significantly decrease stress across the entire student body, namely by “limiting” the number of AP classes that factor into the weighted GPA. Students would not feel the pressure to take an unhealthy course-load just because their peers were. They spent hundreds of hours trying to make their school a healthier place for everyone. They spent evenings holding public forums: talking to thousands of parents across the entire school district, and lobbying the school board.

"Mrs. Dupre single-handedly spent, quite literally, thousands of hours making sure that the lives of students were healthier, happier, and more well-rounded for generations to come," said her nominator. "While the school board ultimately decided to hold off on our proposals, I believe Mrs. Dupre should be recognized for the crazy amount of time she put into this GPA effort. She's a superhero, and this was simply the beginning."

During the middle of this GPA effort, Mrs. Dupre went above and beyond. She lobbied school administration to join the Challenge Success program, which helps create a more balanced and academically fulfilling life for students. She knew that joining this program was one of the school’s last hopes, especially during a time when students were struggling with very difficult emotional challenges. Challenge Success is a program based out of the Stanford Graduate School of Education, and they work with high-achieving schools across the United States.

When the administration agreed to let Westlake join this program, Mrs. Dupre founded the Challenge Success committee, of which she is the current team lead. Her nominator served on this committee, as well. The first part of becoming a Challenge Success (CS) team is taking a CS-administered standardized survey to identify the “weak-areas” of the school/student body. Once these results were analyzed by Stanford, CS staff held an urgent conference call with Mrs. Dupre and a few other school administrators. The results stated that Westlake High School and many other highly-achieving school districts identified that stress levels were extremely high.

The areas in which Westlake High School scored very high in were sleep numbers, student perception of teacher care, and physical symptoms due to stress.

"Mrs. Dupre did anything but sit around," her nominator said. "Since starting the CS committee in the Fall of 2016, Mrs. Dupre has led tens of school-wide initiatives to change these alarming statistics. These include a student-teacher shadow day, where teachers go through a student’s schedule to increase student perception of teacher care, among other things. She also led multiple initiatives to increase the amount of sleep students receive, including a cluster of well-executed projects during the National Sleep Foundation’s National Sleep Week. Mrs. Dupre has led the expansion of this committee to over 40 people!"

After Mrs. Dupre experienced a near-fatal car crash in January of 2017, she was out of school for quite some time. During this time, her true colors were shown to the school community. Although she’d broken many bones and was in the hospital/bed-ridden for many weeks, she went back to school later that spring. She defied doctors’ predictions and pushed herself to get back to school – even if it was just for half-days. Before they knew it, she was back to changing Westlake for the better.

"In my opinion, Mrs. Dupre is the best teacher of the century!" her nominator said. "This year, I’ve had the true privilege of having Mrs. Dupre as my teacher. The same care, compassion, and selfless dedication that she’s shown at a macro level – improving our entire school for the better, is only amplified within the classroom. I cannot count the number of times she has used her sky-high emotional quotient to spot when something’s wrong in a student’s life. She’ll step in, changing one life at a time"

"Her passion for teaching comes through in so many different ways," her nominator continued. "One of the unique things Mrs. Dupre emphasizes from day one is that 'it’s not about the grades, it’s about the learning.' Mrs. Dupre has utilized a teaching style unique to this motto. She focuses on developing our skills as writers and readers – preparing us best for life post-graduation. My peers and I can say with ease that our writing skills have developed exponentially over the course of this school year. One example of this is Mrs. Dupre teaching us to write at a collegiate level, encouraging us to get away from the boring five-paragraph format. The results speak for themselves too! I was visiting Dartmouth College for their admitted student days last week, and I had a chance to show one of my pieces of writing to a humanities professor. He was astonished by the assignment and the level of writing itself. In fact, he remarked that 'this is what we hope to teach freshmen by the end of the first-year rhetoric seminar!'"

Mrs. Dupre is not only stellar at helping students write inside a classroom setting, but she also has an innate altruistic spirit which never wavers. During the seniors’ college application season last fall, she donated her time before school, during lunch, and after school in order to meet with students who were struggling with college essays.

"My common app essay, which she helped look over with an astounding level of patience, revision after revision, clearly worked," said her nominator. "I could go on and on about what a fantastic teacher and human being Mrs. Dupre is. She has done everything I’ve mentioned above without an iota of expectation for something in return. Her departure, as she leaves Westlake this year, will be a tremendous loss to her students, colleagues, Westlake High School, and the Eanes Community at large; she will continue her teaching career at Bainbridge High School in Washington. Mrs. Dupre has changed my life, along with hundreds of others. I know that she will have a profound impact on everyone she has in class for as long as she teaches. The world should know that there’s a superhero and superhuman amongst us."