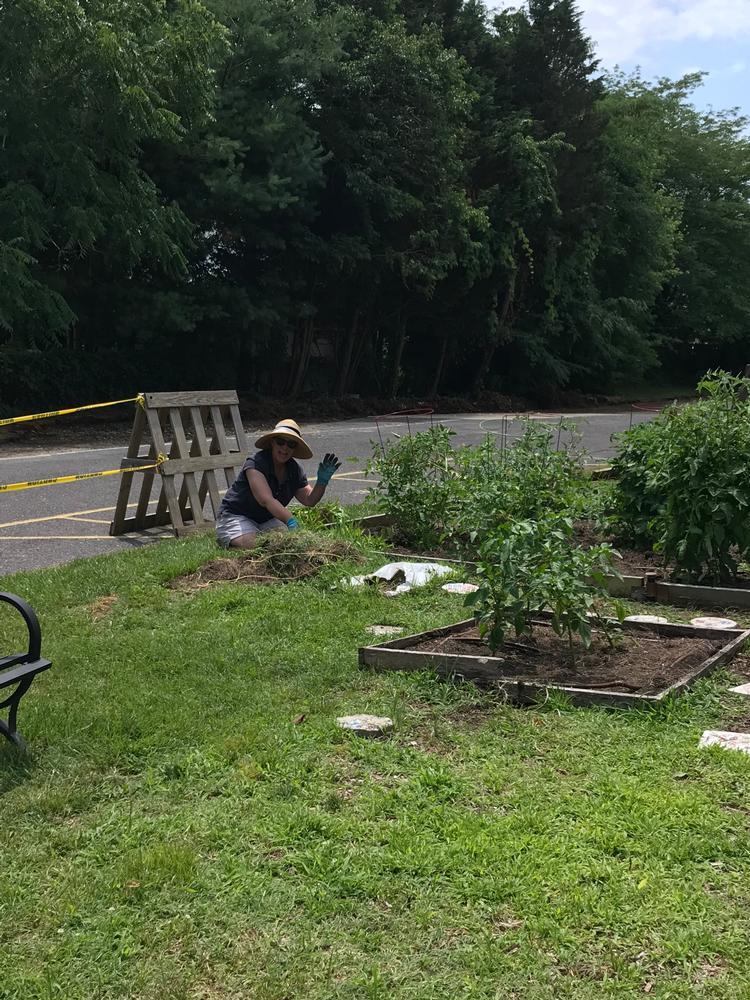 Maripat Perone was nominated by her principal, Doreen Lee.

Mrs. Perone works with students who have emotional and academic needs.  She strives to get to know her students well so that she can harness their interest in her lessons, motivate them and keep them actively engaged.  Her lessons differentiate for ability levels as well as interests.  She engages her students to design, plant and care for the school garden.  Her students frequently make food items from the garden vegetables to share at the Back to School Night and are randomly offered to staff and students throughout the year.

Mrs. Perone was the Coding Club Supervisor last year and did an excellent job of recruiting students and developing their computer skills. Students with discipline issues were encouraged to join her Club, and it helped these students to perform better in school.  She was also an active member of the Green Team, which promoted a healthy lifestyle for students and made positive changes to make the school more sustainable and environmentally friendly. She had a waste audit conducted by the Atlantic County Utility Authority, and with the outcome, she was able to work with the kitchen staff to supply recyclable lunch trays for the students and a better way to recycle milk cartons. Mrs. Perone volunteers all summer to care for the garden and donates produce to the local food banks.

Mrs. Perone was an academic tutor to both special needs and general education students.  She used the data provided from benchmark testing and teacher input to develop a personal plan for each student to find success. She also mentored students and took many under her wing. Mrs. Perone attends outside sports events and other events that students participate in to show her support for them.

She was nominated for the Teacher of the Year last year. She has also written grants for projects through AtlantiCare and has received the grants each year.

"Mrs. Perone is dedicated, sincere and sets high standards for her students as well as herself," Lee said.