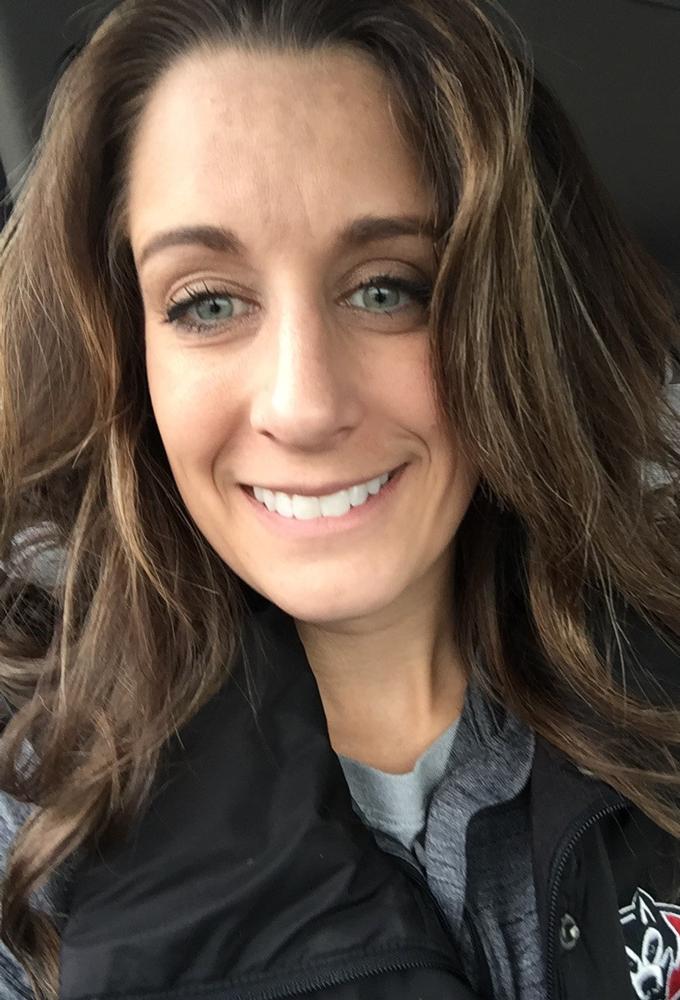 Morgan Hanenberger was nominated by her colleague, Erika Hauck.

Mrs. Hanenberger's ability to reach students who are struggling, either in academic or personal areas, is top notch.  She works with students in whatever capacity she can. She is there for them as a listening ear, an advice giver, or a pusher in the direction needed.

"The rapport she has built with the students is so fun to watch," said Hauck. "It is not unusual to see her walking the halls and stopped by students to get or give a big hug!"

Mrs. Hanenberger is also a leader of the student council, national honor society, class advisor, testing coordinator, and career advisor. The students in her district are her first priority!

"As a colleague, she is also there as that listening ear, team player, and problem solver," said Hauck. "I believe Mrs. Hanenberger deserves the title of "LifeChanger of the Year" because that is truly what she aspires to do for all students - change their lives for the better!"

Brittany Whittaker Posted over a year ago

I recently found out that my dear coach Morgan was nominated for LifeChanger of the year. If I know anyone that is so deserving of this award, it is her. I was a sophomore in college when I met Morgan. She volunteered to come help my dance team practices once a week to help our team on our way to nationals. She didn’t know at the time, but I had a rough year my first year on the dance team. My coach didn’t like me, I didn’t have any good friends on the team, and I was having a hard time keeping up with the skill level my teammates performed at. As a result, my sophomore year also started off rocky. Before I entered my sophomore year, I made up my mind that this would be my last year dancing. This would be ending my 15-year dancing career. Later that year, our head coach stepped down and conveniently, Morgan became our coach for the rest of the season. She pushed us hard at practice and for the first time we heard the words “you guys could win a national championship”. We had a coach that saw potential in us. The next year, I was so thankful that she was going to be our new head coach that I decided to finish out my college career with the dance team. One of the first practices of my junior year she came up to me and said, “just so you know, I have high expectations for you this season”. That was the first time in years that I really felt like someone believed in me. Morgan saying that to me that day changed everything for me that season. I felt like I could grow into the person that I wanted to be. Not only did she say that, but she proved it too. She put me in parts outside of my comfort zone, she encouraged me, and supported me whenever I needed it. As a result, I worked harder, tried to motivate my team more, took more of a leadership role, and grew as a dancer. I became someone that I didn’t know I could be. The next year, I was named captain. At the end of that season, we won a national championship. This would have been far outside of our reach without Morgan seeing the potential in us. My life would have been completely different if I hadn’t met Morgan. I wouldn’t have had five years on the dance team doing what I love most, I wouldn’t be coaching, and I wouldn’t be pursuing a career in school counseling. I am where I am today because she believed in me when I didn’t believe in myself yet. She is someone that relentlessly pursues those that she cares about. She goes above and beyond expectations even outside of practice, Morgan supports us. I have been off of the dance team for three years now and she checks in with me often to see how my graduate studies are going, how my wedding plans are coming along, or just as motivation to stay on top of my fitness goals. She not only cares about us as athletes, but also as people. I am confident that there are so many other stories similar to mine from students and athletes that Morgan has impacted. I was not even surprised when I heard that she was nominated for this award and judging by the news feed on Facebook, many others weren’t surprised either. She has changed so many lives through coaching and counseling. Because of Morgan, I am now coaching the Saint Cloud State dance team and I am getting my master’s degree in school counseling. Because of Morgan, I have someone that I want to grow up and be just like.

Tom Chartier Posted over a year ago

No surprise to me. She is a special, talented, caring young lady. Proud of you, Morgan..... :)