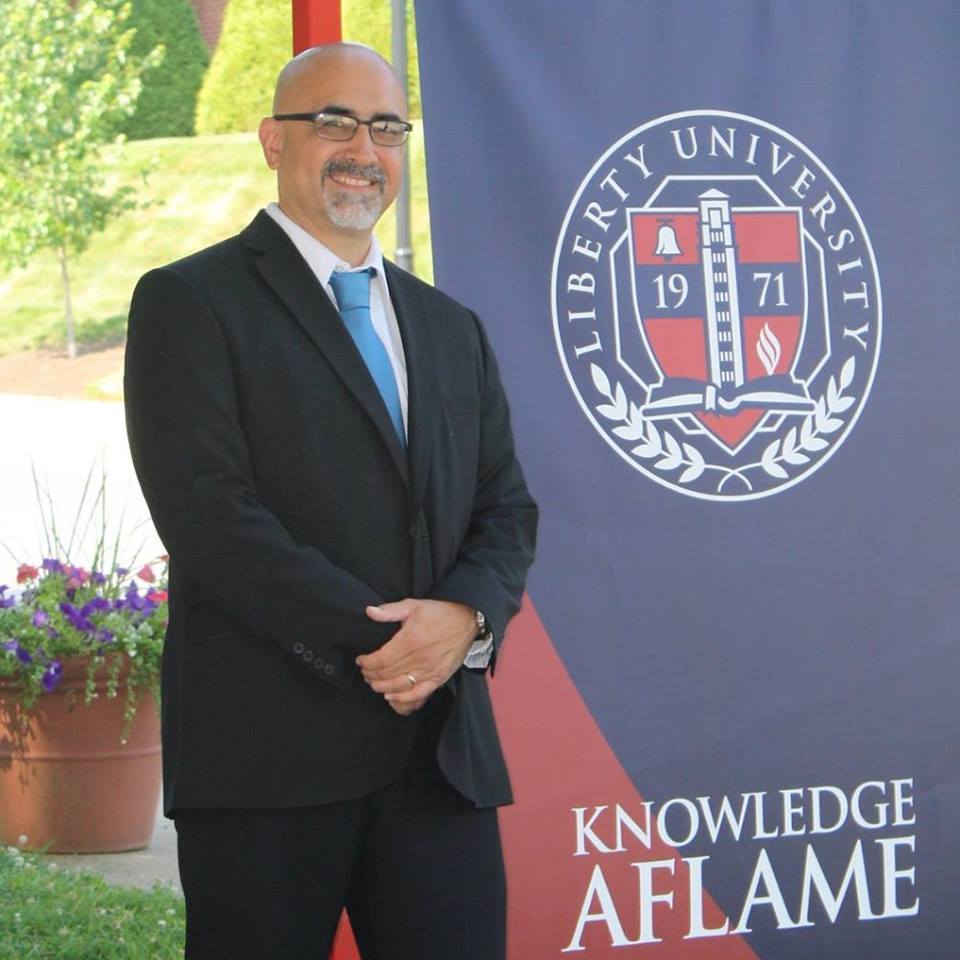 Joe Harmon was nominated by his spouse, Kelli Harmon.

Mr. Harmon epitomizes the characteristics of a LifeChanger! Last year, he implemented a civic engagement project for his students; it was the first of its kind at his school. He asked students to take civic action and inspired them to make a difference in their communities. Last year alone, students picked up over 500 pounds of garbage from the community trails and roadways. One pair of students even created a trash pick up challenge through social media, challenging others to “beat their tally.”

Another group of students attained a grant, on their own, to revitalize a blighted cemetery. Students took to the streets of New York City to give food to the homeless. Countless items were collected at school and local churches, by student groups, and donated to organizations such as the local cancer center and hurricane relief. One student held a toy drive and collected two giant boxes of toys, which were wrapped by the school’s seniors and hand delivered to community members in need. Another student got sponsors to give her money for every book she read – and she read a LOT of books. The money was given to help orphans in the Philippines.

One group of students developed a school hashtag - #weareredbankvalley. With Mr. Harmon's help, these students took the hashtag, created a logo, and designed a t-shirt. The students sold the t-shirts in an effort to build positive school culture. They raised over $300 to benefit their 8th grade class. Another pair of students traveled to Ohio to help build refugee gardens.

"Throughout it all my husband was there to inspire, encourage, and oftentimes to help," said Kelli. "We personally spent a weekend afternoon helping with the cemetery restoration. He took a morning off of teaching to take a group of students to the trail and clean brush. Joe made a tremendous impact on the students, making a difference in their lives by inspiring, empowering, and equipping them to make a difference in other peoples lives. He told me that several students wanted to do more of these projects, even if they 'didn’t get points.'"

Redbank Valley HS is located in a rural area that is socio-economically depressed and non-diverse. Many students do not get the opportunity to travel outside the state, nor meet individuals of different cultural or ethnic backgrounds. Mr. Harmon has worked to change this by organizing bus trips to New York City on three separate occasions. He personally leads students through the city, playing tour guide (all on the weekend). He organized a Civics field trip last year to the Heinz History Center so students could watch a naturalization ceremony.

Mr. Harmon also pitched the idea for a Holocaust studies course to be taught at the high school, and the course was approved by the board and administration. He applied for and received a grant to take his Holocaust studies students to the Pittsburgh Holocaust Center to meet a Holocaust survivor. This experience had a great impact on the students. He further reaches out to classes all over the world via Skype; his students have interacted with other students all over the planet.

Mr. Harmon has shown great leadership within his school district and nurtures an overall positive atmosphere.  First, he is one of three teachers who organizes and leads the teacher-led day of professional development within the district. According to Kelli, this day is a fan-favorite among the teachers, and they look forward to this uplifting day of learning, prizes, and fun. He has presented this model of “teacher-led PD” to various state education and leadership conferences.

Second, Mr. Harmon spearheaded a Student EdCamp last year, the first of its kind for the school district. At this one-day event, students attended alternate learning sessions, which he organized. He reached out to teachers, community members, and students to facilitate various topics. Students were treated to sessions such as

In addition, former WWE wrestler and motivational speaker Marc Mero was brought to Student EdCamp to give students an inspirational speech on making good choices. Again, Mr. Harmon was the driving force for all of this. He made this happen and surrounded himself with other awesome teachers to help make it come to be.

Mr. Harmon also adheres to high moral and ethical standards. He has been the advisor of the Redbank Valley Bible Club for twelve years, which is the largest student-led Christian club in the nation. It has attracted national attention on several occasions, and over a third of the student body attend the club meetings.

"My husband realizes his role not only as the advisor of the club, but as a teacher in general is a great responsibility," said Kelli. "Further, we live in the community he teaches. As such, he is always sure to be the example of morality and ethics in all he does, inside and outside the classroom. He has high standards for his manner of speech, how he conducts himself, and how he treats us (his family). He has said that he wants to show his students what a loving father and a gentleman should act like."

Finally, Mr. Harmon has an extensive level of excellent performance at the professional level. He was a finalist in a civics curriculum contest, and was also named Outstanding Secondary Social Studies Techer of the Year for Pennsylvania. He and his wife dined at the Governor's Mansion when he was named a 2016 Finalist for Pennsylvania Teacher of the Year. That same year, he was named the 2016 Pennsylvania History Teacher of the Year. He has dined with former Supreme Court Justice Sandra Day O’Connor at the Supreme Court building in Washington D.C as one of the initial members of the iCivics Teachers Council. Most recently, he was one of a handful of teachers chosen to attend the Reagan Institute Summit on Education in Washington D.C., representing Civics teachers across the nation. He is constantly seeking places to share what he has learned.

Mr. Harmon has travelled throughout the state presenting at multiple conferences. This summer, he was one of twenty teachers chosen by Yad Vashem of Israel to attend a Holocaust history tour of Poland. He has taken what he learned and is presenting to the community. He is only asking for a donation to attend to help fund a student bus trip to the Holocaust Museum in D.C. (again, adding to the development of students and the school atmosphere in general).