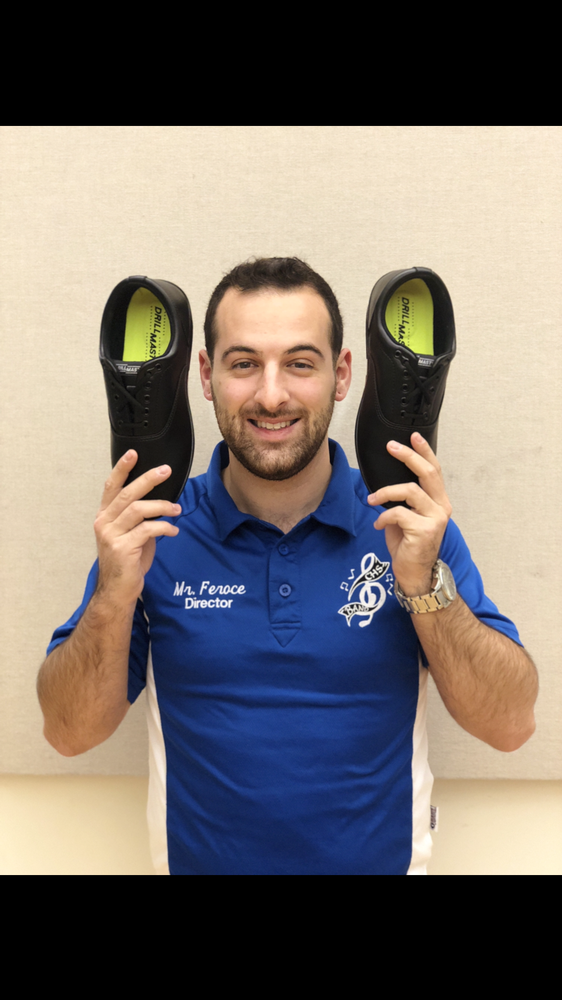 Michael Feroce was nominated by an anonymous parent of a student.

Mr. Feroce has been a dedicated band director at Cumberland High School for six years. In that time, he has led the band with dedication and passion that has manifested in the band rising from a “Good” rating at past years’ RIMEA band festivals to “Excellent” ratings in recent years. They earned the rating of “Excellent” at the Music in the Parks Festival this past spring in Hershey, PA.

Mr. Feroce leads his musicians with consistent, positive reinforcement, encouraging them to strive to improve their music skills, perform at a higher level, practice harder and mentor younger musicians in the band. He has high expectations for his students and expresses them in an enthusiastic and nurturing way that makes the students want to excel. His leadership and consistent encouragement extend beyond their musicianship to academic and personal success. He offers free music lessons on his personal time and frequently posts appreciative videos of his band’s practices and performances. In return, his students often share videos of themselves playing and tag him in return. He has a tremendous rapport with his students, and they eagerly work hard for him.

"Mr. Feroce has dramatically improved the culture and quality of music education at Cumberland High School during his tenure and has instilled personal values such as discipline, accountability and perseverance in his students," his nominator said. "In addition, he has returned the Cumberland High School band to the football field in fantastic form to perform as a marching band once again after a decades-long absence from the field."

Mr. Feroce is extremely generous with his personal time, devoting numerous hours of work outside of the school day, including nights and weekends, to work with his students.  This includes participating in local cultural events and taking on fundraising performances in an effort to make further investments in the band. He advocates for the band frequently through the local media, school committee meetings, and community outreach.

"He is currently in talks with the school committee in an effort to secure full funding of new marching band uniforms for the band, which will take us to a whole new level and give the band a professional appearance. In addition to his enthusiasm for his students’ success, he takes great pride in the accomplishments of ALL Cumberland High School students, whether in the arts, athletics, or academics," his nominator said.

Mr. Feroce keeps in close contact with his musicians and their parents through a variety of platforms, and it is common to receive tweets and emails long after school hours and on weekends in an effort to encourage his students and keep parents informed.

Mr. Feroce has woven the CHS band into the fabric of our community, from their performances at the Friday night football games, to town carnivals, parades, Veterans Day ceremonies, and performances at a variety of school events.

"He has a vision for the music program that he steadfastly works toward, and I am excited to see where he takes this program over the coming years," his nominator said. "Our school’s motto is 'Clipper Pride Rising,' and I believe that Mr. Feroce is a driving force behind the remarkable change in school culture over the past several years. He is a school treasure, a team leader, and champion of our town’s music program. He lives and breathes the CHS band, and his veins run blue with Clipper pride."