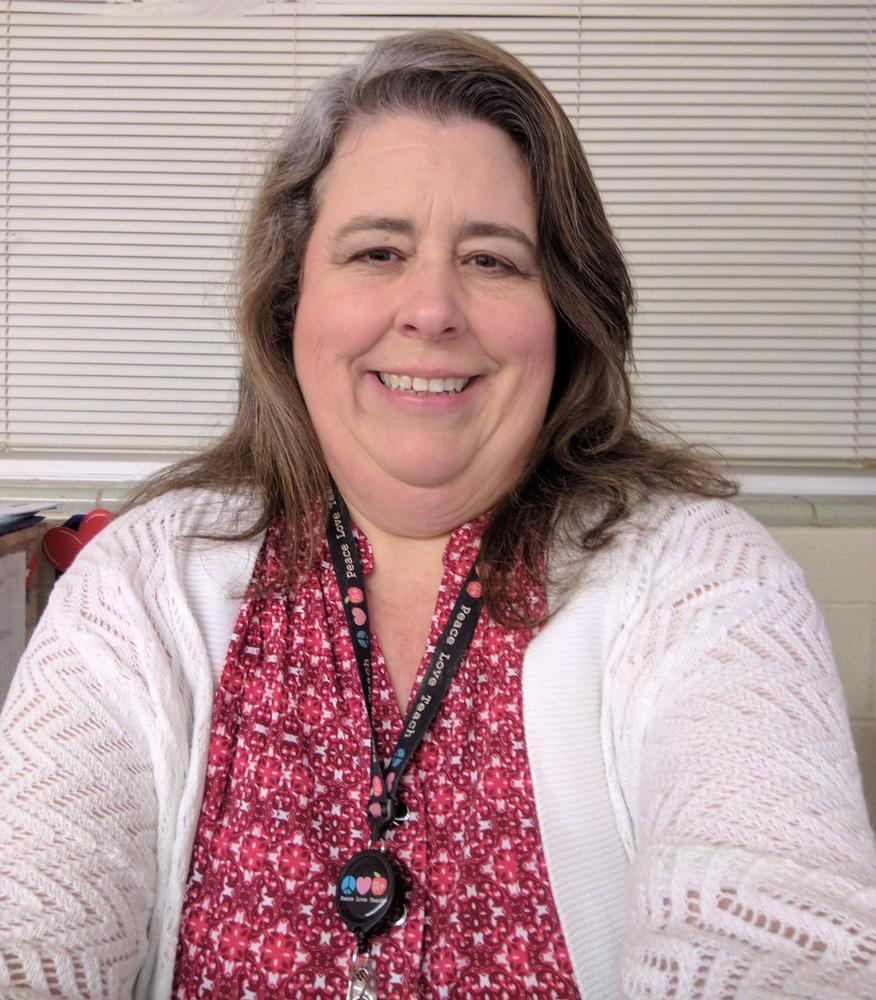 Weenona Brannon was nominated by her spouse, Edward Brannon.

Before understanding how and why Mrs. Brannon's contributions are important, it is first necessary to understand how she got to where she is today.

While a lot of children would be discouraged and basically give up after hearing news like that, that was not the case with Mrs. Brannon.  Even after being turned down by several colleges, she continued to fight, and eventually found one that would give her a chance.  She earned a Bachelor's Degree, but refused to stop there.  She returned to school to earn her Master's Degree, and continued until she ultimately earned her Ed.S. degree.

It was during this time that she decided to go into the field of Special Education; she felt a calling to put herself in a position to help those in need, the help she didn't have the chance to receive.

Special education has become a passion for Mrs. Brannon.  There is an old adage that says "It takes one to know one."  Mrs. Brannon's passion has been fueled by the fact that she has been where the children she works with on a daily basis are today.  She's not just an outsider- she has lived it.  Only someone who has struggled with these issues themselves can truly understand it.  Mrs. Brannon understands it, and that is what makes her extraordinary in her field.

"I have witnessed former students, and parents of former students, come up to her when we were out in public, and tell her what an impact she has made on their lives, and the lives of their children," said Mr. Brannon. "She recently learned that a student she had taught years ago had graduated from college.  These incidents are an ongoing testament to the love and compassion that Weenona has for her students.  She instills a belief in them that they can achieve, and be successful."

Mrs. Brannon is currently providing tutorial services for a special needs student who other teachers and administrators have basically given up on.  Since she has been working with this young man, he has made a complete turnaround in his behavior, and his grades have improved.  He is also becoming more outgoing and sociable. A boy who others had abandoned has began to flourish under Mrs. Brannon's tutelage.

Mrs. Brannon has always given her students and her administrators her best at everything she has done.  She has a very high work ethic, as evidenced by her outstanding evaluations and by how well her students have responded to her methods of teaching.  Her morals are impeccable; she has never mistreated anyone, and she is fair and impartial to all.

Mrs. Brannon also spends an extraordinary amount of time during the summer months going to workshops and seminars to further her knowledge in the area of Special Education. She uses her spare time during the summer months to prepare for the upcoming school year by searching out new material and new ways to reach and teach her students.  Additionally, she also provides summer services to those who have needs, which is a testament to her love and passion for Special Education and the children it serves.

Barbara Posted over a year ago

Weenona is one of the most loving and caring individuals I have ever met and had the pleasure to have in my life. 8 years ago she took a complete stranger into her home. She treated me most kindly, lifted me up from a dark place, and helped mold me into the woman I've become today. She has always been a call or text away even when she didnt have to be. She still offers consolement, encouragment, and an ear when I need it most. I will always love her for that. Thank you so much

Teresa Pollard Posted over a year ago

Mrs. Brannon is a Wonderful, loving lady I'm so glad to know her and be apart of her family life. She also have a heart for people.

Kaitlin Posted over a year ago

I agree with everything said here. Weenona does an extraordinary job in the Special Education field. She is my mother, mentor, and my biggest supporter. I have a learning disability myself, and when teachers would tell me I wouldn't be able to succeed, she was there telling me I can and will succeed. To this day she is encouraging me to keep going and to never give up. I am in school to become a special education teacher myself, and it is because of Weenona that I am confident I will become one.

Susan Schassler Posted over a year ago

Weenona Brannon is my mom. I am 33, and she has been working with special needs people longer than I've been alive. She earned her Master's, Education Specialist, and Administration degrees while raising myself, my brother, and my sister as a single mom, all while dealing with her learning disabilities and working with her students. She is seriously a life changer that has shown me that I CAN succeed in whatever I try, if I just put in the work.