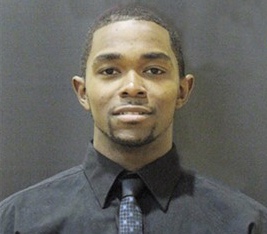 Mr. Brantley's contributions towards improving the lives of his students go well beyond the classroom. Mr. Brantley takes it upon himself to offer before school, lunch, and after school tutoring to scholars struggling in math. He does not receive payment for performing these duties, and does so to help students improve their classroom performance. Mr. Brantley also serves as the Head Boys Basketball Coach at Irvington High School, and he doesn’t begin practice until 5 PM. This is so he can offer tutoring to all students and facilitate a study hall for his basketball players. Mr. Brantley is in constant communication with the guidance department and the school athletic director to stay apprised of the athletic eligibility of his players. He is instrumental in establishing academic intervention programs aimed at identifying accommodations students need to improve their classroom performance. Due to his efforts, all of Mr. Brantley’s returning players were academically eligible to play the 2018-19 season.

On his own, Mr. Brantley even agreed to come in during the summer to tutor a college-bound student-athlete so they could improve their summer school grade in pre-calculus and meet NCAA eligibility requirements. In doing so, Mr. Brantley helped this student pass their summer school course, and they were able to accept a full-ride athletic scholarship. He did this without any financial benefit and agreed to help this student because he believed it was the right thing to do.

Lastly, many of Mr. Brantley’s players come from economically disadvantaged households. In order to help his players purchase ideal sneakers, obtain new warm-up outfits and have everyday clothes to wear, Mr. Brantley started his own screen printing business. He raises funds for his players by selling apparel to Irvington community members. Mr. Brantley uses the profits to provide his players with the clothing/footwear they wouldn’t be able to afford on their own. As an Irvington High School alum who went on to play college basketball at Bloomfield College, Mr. Brantley is aware of the economic and environmental challenges many of his players face each day. He often speaks to them on ways they can overcome this adversity and succeed after high school. In many ways, Mr. Brantley takes on the role of a life coach to all that he comes into contact with.

For these aforementioned reasons, it is obvious that Mr. Brantley is definitely worthy of recognition as a LifeChanger.

Mr. Brantley you are a God Send. Thank you for doing What you do. The World needs more selfless peaople as you. Again thank you for changing/improving the lives off so many.

Congratulations on your LifeChanger Award!