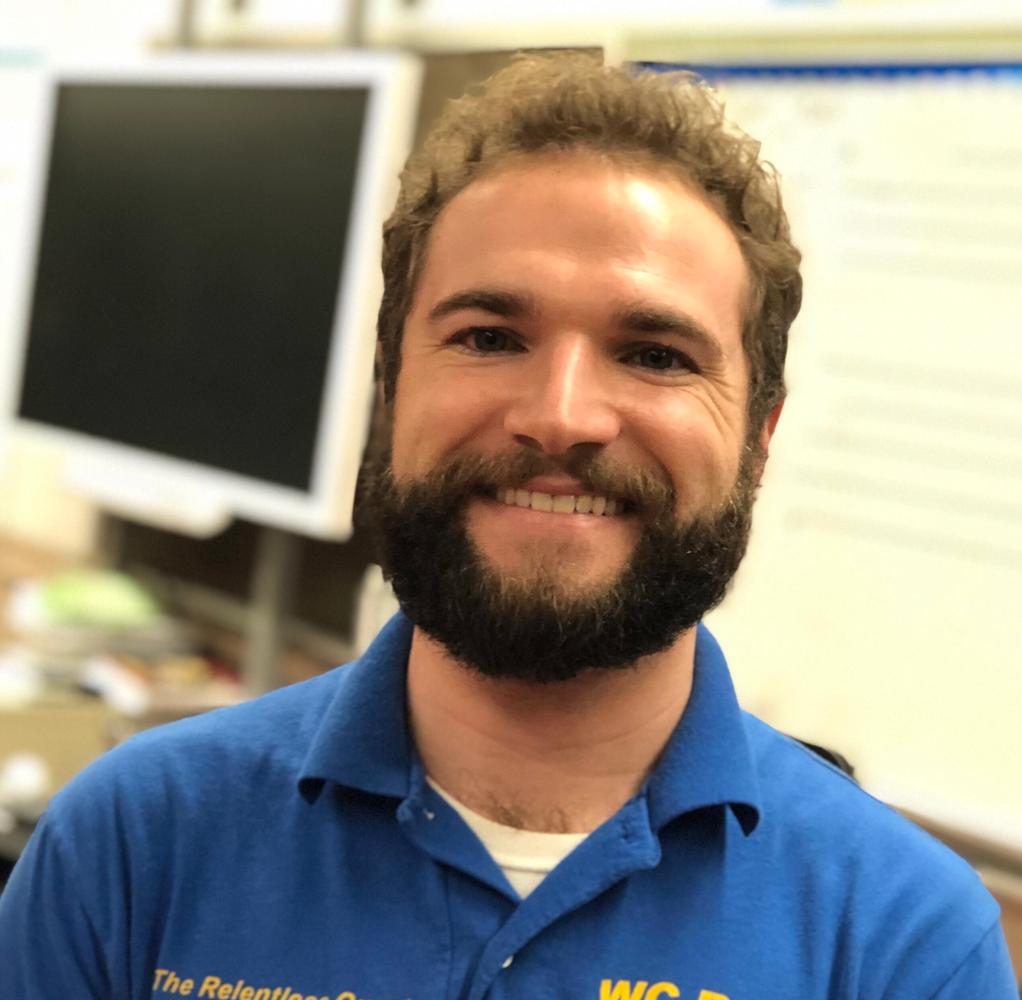 A teacher is someone who imparts knowledge among students, but a great teacher has unconditional faith in their students, a strong rapport, and a flexible learning technique. Mr. Lanzet is a prodigious teacher and band director at William Cullen Bryant High School because he devotes countless hours to students and fellow teachers to improve the school.

He contributes to his school by doing the lights for school plays, setting up for productions, and staying after shows to help clean up. His attributions benefit the students because without him, there would not be a performing arts department. The actors are able to practice with the lights and have a set, the dance company is able to perform outstandingly with him working the soundboard, and the musicians are able to perform their hearts out with his teaching.

Mr. Lanzet does not just stay late once or twice; he consistently goes out of his way to guarantee the best for the students of Bryant High School. Mr. Lanzet has helped other faculty members continuously, as well. During his school’s annual college fair, Mr. Lanzet came to check if he could help out.

"As a volunteer, I knew there was much to be done. and we would not have been able to get everything done. Mr. Lanzet gave his assistance by fixing tables, putting up posters, and directing college advisors to their assigned table," said his nominator. "He does not just help out the performing arts department, but the rest of the school. A normal school day ends at 4 PM. It was 7 PM on the night of the college fair, and despite how late it was, Mr. Lanzet wanted to ensure the best for the students and their families."

"Mr. Lanzet has changed many lives, including mine. He has been helping me after school almost every day to get ready for college auditions," said the nominator. "Mr. Lanzet does not give general answers, and he does not just show me how to execute the music written on paper. He goes above and beyond by showing me how to be expressive and make the music my own. There are teachers who expect students to grasp what has been given to them right away, and if the students do not, the teacher gets frustrated. Mr. Lanzet is not that type of teacher. He is very patient and understanding, which encourages students to keep trying."

"As a percussionist, I am required to audition on multiple instruments, some of which are easier than others. Mr. Lanzet has used a flexible learning technique when I have been unable to understand something one way," said the nomintor. "He does not get frustrated, but more determined to aid me and other students. His determination shows he has faith in his students, and instead of giving up, students are determined themselves to learn. If a teacher has this much confidence in a student, why would they not believe in themselves? Mr. Lanzet has changed my life by encouraging me to always keep trying. It is because of him that I will never give up and will continue to push myself for the rest of my years."

Besides family, teachers are the most influential people to children, teenagers, and young adults. Mr. Lanzet is very inspiring. He continues to devote himself to his students; even when he is busy, he makes time for each individual.

"Although he is not my band teacher, he makes time for me. He helps me five days a week, three hours a day," said the nominator. "It is not just the time that means so much; it is his ability to understand when I am overwhelmed and how to calm me down. There is no other teacher I would go to when I need help because I know Mr. Lanzet always has his door open and believes in me, even when I do not, and that is all a student needs. Mr. Lanzet is a LifeChanger to so many."