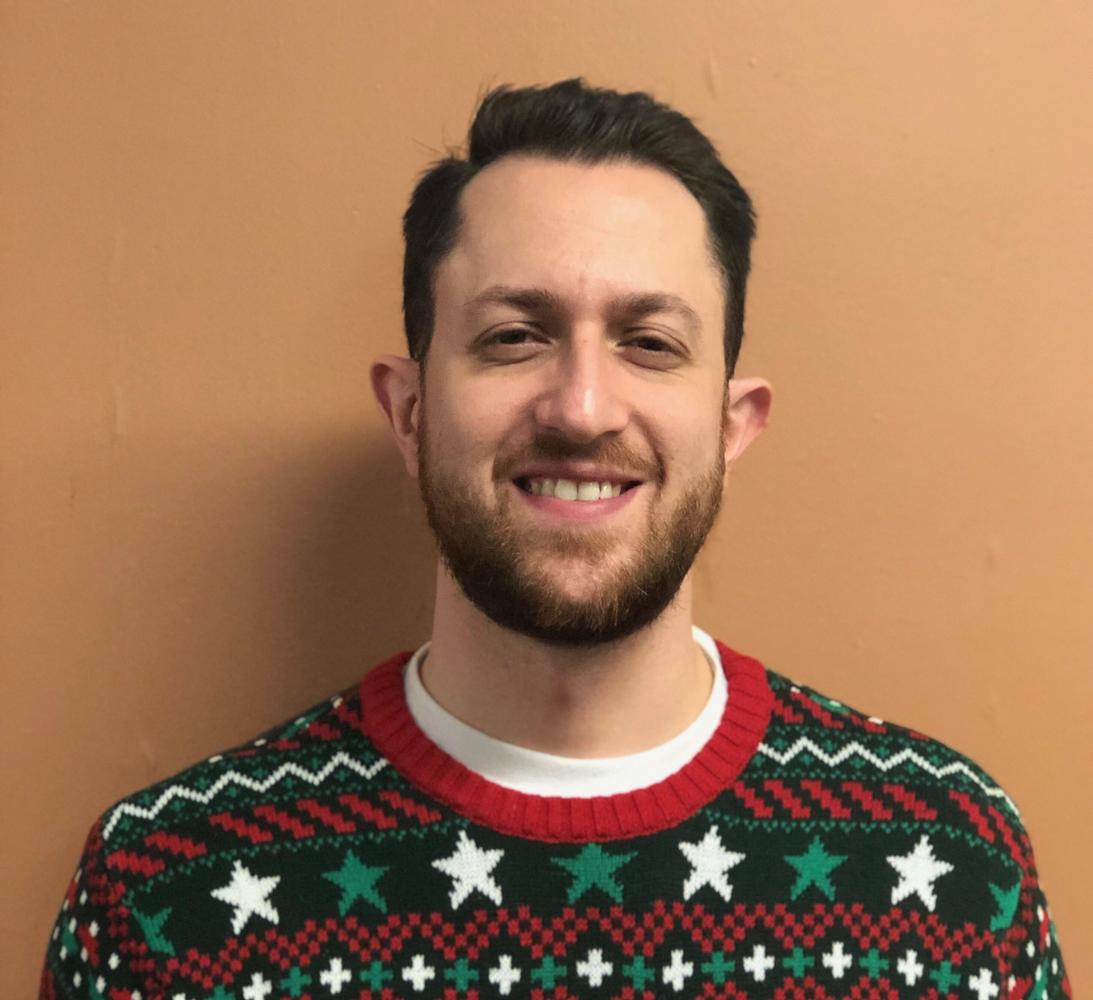 George Weisman was nominated by a former student, Kassandra Bueno.

"Throughout my four years of high school, I have been exposed to many different components of what being a teacher is and what being a student is," said Bueno. "A teacher is the educator, and the student is like a sponge who takes in as much information as they can from the teacher. Teachers have so much influence within every student. A teacher is more than an educator. They are more than people in front of the classroom explaining why it’s important to know what’s inside an atom, or explaining the different types of wars and what we learned from them. Teachers are what influences the minds of the future generation that will one day take over the world."

Mr. Weisman is one of these teachers. He has influenced many future professional musicians to become better at what they love to do best, and that is play music.

"Mr. Weisman has been my band teacher for four years, and he has made such an impact on me," said Bueno. "From teaching me how to play the trumpet to teaching me how to have the confidence to perform a solo in a sold out concert, he has made my four years in high school the best. He is not only my educator, but he is the reason why I never gave up on myself when that was the only thing I wanted to do. I couldn’t have end up being the person I am today without him. He always told me that I could do it, and that I had to have confidence and play with confidence. He would always tell his students bad jokes before a concert so our jitters would wash away. After every concert we played, he always reassured us that we did an amazing job, and that matter how many mistakes our band made, it would never outweigh the good that has happened throughout the performance."

Mr. Weisman shows so many positive characteristics that make him a great educator. He always wants the best from his students, but he never pressures them to be the best. As long as they try their best, that is enough for him. He always makes sure to select the best songs for the band to play, songs that are a perfect match. He organizes most of the music to fit in the personal potential of his students. Mr. Weisman even rearranges the music so students can play it to the best of their abilities, without pushing them to their limit.

Mr. Weisman is one of the most highly respected music coordinators that Bryant High School has in its music department. He has proven to many people that he is serious about his line of work and only want the best for his students. He conducts not only the Jazz Band, the highest band class to be enrolled in, but he also conducts both mixed and show choir. Mr. Weisman handles any situation as best as he can and is always prepared. He was recognized by a newscast agency that asked the school’s best choir class to perform for their audience for the holidays.

Mr. Weisman has always exemplified excellence within his teachings. He has shown many people, both inside and outside of school, that he is a great conductor who balances his personal and professional life. He always keeps things professional, but he can also be a teacher to go to whenever you have a problem.

"I would always be so timid to approach him because I was intimidated by his persona. He has this aura of a person who is serious about his work and his personality is also very intimidating," said Bueno. "Don’t let it fool you - underneath all the seriousness that he has within him lies a colorful personality and is always willing to help you as much as he can. He devotes his personal time to create a better working environment for his fellow colleagues and his students. The school is a better place with him working there."

"Mr. Weisman is one of the best, most dedicated band directors I have worked with so far," said Bueno. " I have worked with a handful of band directors in my journey of being a better musician, and I can tell you from personal experience that Mr. Weisman truly is a hardworking and passionate person. He loves what he does for a living and is willing to take chances to become a better conductor and musician for himself and others. He will always be the person I will thank for introducing me into the world of music. Without his guidance, I would be lost and wouldn’t truly understand the true meaning of being a musician. He allowed me to discover my true potential and showed me that I could do whatever my heart desires if I practice and never give up even when times are rough."

"There are many great influencers in our school, but Mr. Weisman is one of the best our school can offer. He has done so much for his students and deserves more credit than he receives," said Bueno. "Mr. Weisman will always be the person I will go to whenever I get lost. He is supportive of me and my decisions, and I can’t thank him enough for everything he has done for me. He has helped me through almost all of the hardships and has seen what I am capable of. I can’t wait to see what the future hold for me as a musician, and I not only have myself to thank for the hard work I have put myself through, but I also want to thank him for most of my achievements throughout my journey as a musician. He couldn't have been a better motivator to me and my fellow musicians, who also worked with him by their sides. He is willing to take every single one of his students to the top, and I never miss an opportunity to thank him for it all. Mr. Weisman has been an incredible mentor, and I know that the next generation of musicians that he will be teaching is going to be just as amazing as his past work with his past students. He is one of the reasons why our school is full of talented artists, and he exemplifies the school’s motto of the “Relentless quest for excellence.”