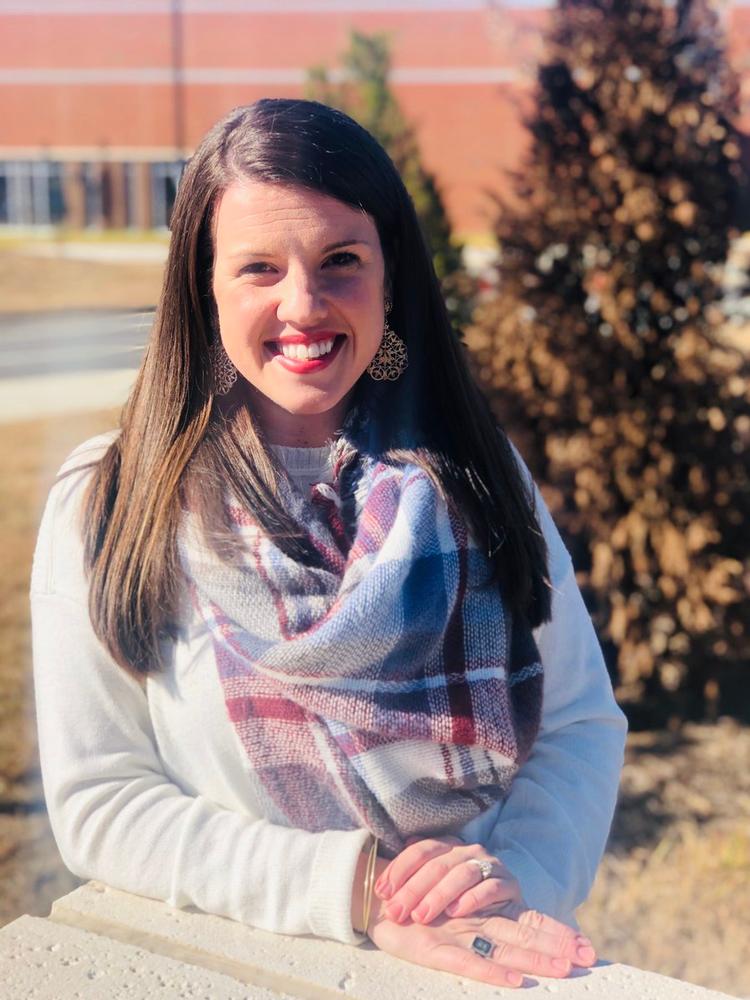 Lindsey Evans was nominated by her principal, David Turley.

Apex Friendship Middle School (AFMS) opened its doors for its inaugural year for the 2018-2019 school year and is part of the Wake County Public School System (WCPSS), which is the largest school district in North Carolina. In a district that serves over 160,000 students and employs nearly 20,000 staff members, Mrs. Evans has certainly made a name for herself as she culminates her tenth year of teaching.

During her first year of teaching at the nearby Apex Middle School, she won the WCPSS Diane Kent-Parker First-Year Teacher Award, a recognition that honors one outstanding first year teacher from an elementary school, middle school, high school, and special education. She continued to build off of her natural talent as an educator as she grew more and more each year. She has consistently scored in the top tiers of the teacher observation tool and has served in multiple leadership roles at both Apex Middle and Apex Friendship Middle. Her continued excellence was quickly acknowledged by her peers at AFMS, who voted her as Apex Friendship Middle School’s inaugural Teacher of the Year, which eventually led to Mrs. Evans being named WCPSS’ 2019-2020 Teacher of the Year.

Prior to the 2018-2019 school year, Mrs. Evans was hired as the first teacher to join the staff who would eventually open the brand new school. One reason why she was named Teacher of the Year for the entire district is because she immediately jumped into multiple leadership roles with AFMS. In fact, she currently serves as the 8th Grade Team Leader, Social Studies Department Chair, School Improvement Team and Leadership Team member, and Hospitality Committee Chair. These leadership roles were in addition to her role as a cooperating teacher for a student teacher from NC State University.

As a teacher-leader in a new school, she was a crucial part in developing a positive climate, especially within her grade level and department. One way she did this was through the utilization of the Capturing Kids’ Hearts strategies and training that were provided to staff prior to the opening of AFMS. The Capturing Kids’ Hearts program focuses on developing relationships with students. It gives them ownership over their behaviors and expectations in order to help them learn, grow, and become responsible citizens. Mrs. Evans embraced the program and initiated it within her classroom, which could be seen at any given time through various interactions and practices, such as the social contracts posted on the wall of her classroom or the shaking of each student’s hand as they entered the classroom at the start of each period.

"Overall, Mrs. Evans is obviously a life-changing educator, which has been especially obvious through her interactions with her students and their reactions and celebrations when she was announced as the WCPSS Teacher of the Year," said Turley. "She holds herself to an extremely high standard and constantly reflects on her work as an educator. Additionally, she helps others do the same in their profession. She has helped shape countless lives."