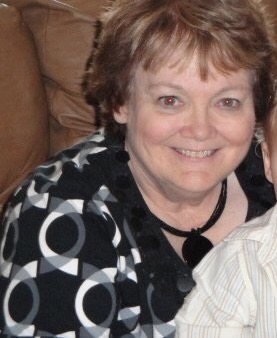 Stephaine Sisson was nominated by her daughter, Kerry Jung.

"My mom has been retiring for a long time. She just can’t seem to actually do it," said Jung. "Every year, she chooses her students instead. I laughed when she texted me in May of 2019 that she had officially finished her last day as a kindergarten teacher and accepted a new job as a K-2 special education resource teacher."

Ms. Sisson got started in education later in the game than most. Previously, she worked as a retail cashier, check-in lady at the YWCA, and even ran a daycare at her local church. It wasn't until later that she went back to college and earned her bachelor's and two master's degrees, becoming the first and only person in her family to do so.

Ms. Sisson is not only a joyful, kind and unassuming mom, but a rockstar in the classroom. Loved by staff, colleagues and students alike, she was named the 2016 Teacher of the Year for her school district. She fills her Facebook page with posts about her grandchildren, her students’ accomplishments and advocating for classroom resources.

Since moving to Arizona in 2011, she has also found a special love for at-risk kids who struggle to stay in school, even at such an early age. It was no surprise that instead of finishing out her work in the comfortable, known space of a traditional classroom, she has instead decided to lead a pilot program to create a safe space for those kids.

Although well into retirement age, Ms. Sisson doesn't seem like she will be leaving anytime soon, not if her students have anything to say about it!

Lupita Harper Posted over a year ago

Mrs.Sison is such a wonderful friend and an amazing teacher. She goes above and beyond for her students. She is a great example of how every teacher should be. She is the kind of teacher you would want your children to have. We just love her here at Union Elementary.

Mary Cassiday Posted over a year ago

One of the most amazing people in this world. She goes above and beyond for everyone. Those who know her are blessed.