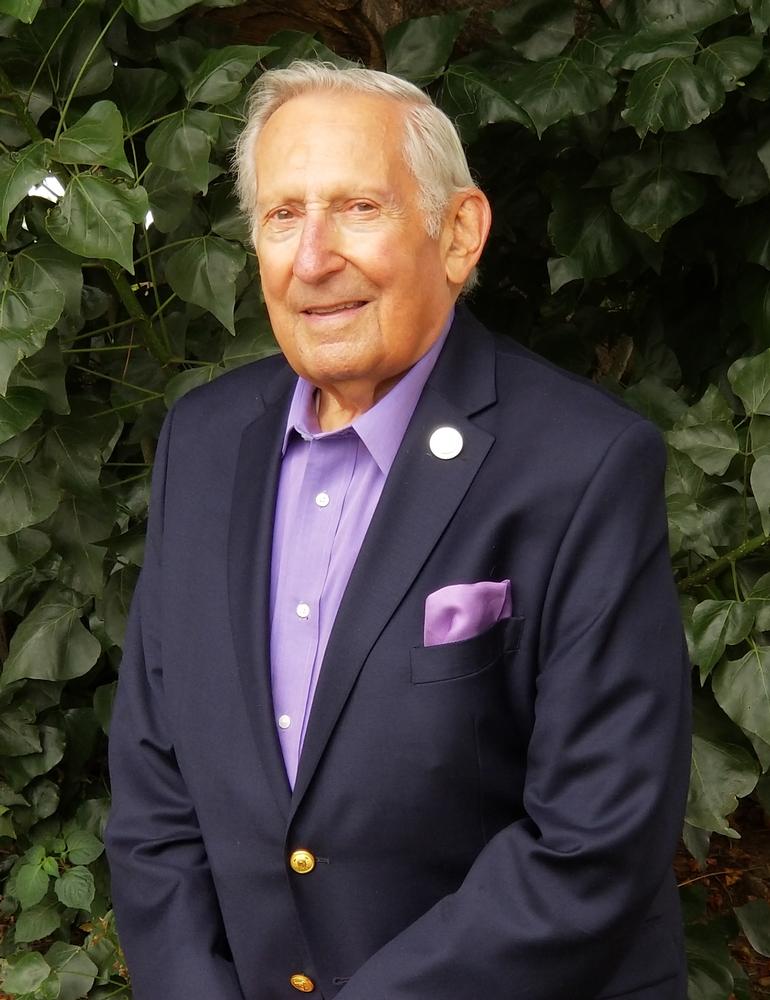 "I was introduced to Mr. Robert Ruvelson in 2016 by Ms. Allison Holdorff Polhill, Senior Advisor and Director of Community Engagement to then Los Angeles Unified School District Board President, Mr. Nick Melvoin.  Bob offered his proven program, 'SUCCESS: Failure is Not An Option' to our students at Phoenix Continuation High School," said Scatolini. "Thankfully, our partnership has been going on for two years now, providing positive results for students in need of credit recovery and completion of their high school graduation credits.  Bob's kind, gentle, patient demeanor, as well as his worldly wisdom and leadership expertise, have created a culture of dignity and respect that is a thing of beauty and joy on our campus."

Mr. Ruvelson has been a tremendous asset who gives his time, energy, and expertise every week to support students in meeting their goals of credit recovery and graduation. Mr. Ruvelson works with teachers and students formally in the classroom and informally during lunch every Friday. He shares his worldwide perspective with students, as well as the tools that he has developed and honed over time in "The Flame Within a Heart," Demolay Mason's award winning educational program that builds character and leadership skills that serve students for a lifetime.

For many young men and women, these ideas of the Four P’s are new and require practice in order to become a part of their every day educational toolkit. Mr. Ruvelson’s gentle patience and kindness shine through in every instance of explaining the 4 P’s. He demonstrates to students how he himself had to learn and implement these ideas in the United States Army and later during his employment history. He was an employee salesman for two major photographic distributors, an independent manufacturer’s representative in that industry and later as National Sales Manager for Japan’s oldest and largest photo distributor when they began doing business in the United States. Because of his experience as a national sales manager, he wrote and published a book: “How To Manage Your Sales Team.”

Mr. Ruvelson's group discussions in class and one on one talks with students are the highlight of week.

"As a classroom teacher, I can attest to the level of calm and respect that overcame the room when Bob arrived with his customary greeting, 'Good morning students,' to which they replied in concert, 'Good morning, Mr. Ruvelson,'" said Scatolini.

Mr. Ruvelson's noble demeanor and mindful compassion are palpable and imbue a sense of nobility and loving kindness to everyone who meets him. At the end of each lecture, he says, "I volunteer for what I do, but I do expect payment through your success because I care about you,"  and the light of limitless positive possibilities fills each young heart and mind.

"Our students know when they are being truly cared for, and they understand at a deep level that Mr. Ruveslon honestly cares about them and is authentically invested in their successful completion of high school, higher education/training, work and career of their choice," said Scatolini. "Some of our students are hearing these words spoken out loud and in public for the first time. Over the course of their time with Mr. Ruvelson, they begin to realize they have agency and power in the matter of their choices. That is the best lesson of all."

Mr. Ruvelson's honesty and integrity empower each student to take ownership in and of themselves, and to believe in and work toward their bright future and the fulfillment of their goals.

"Our graduates are a testament to Mr. Bob Ruvelson and his big-hearted generosity and love for each and every one of our students," said Scatolini. "This year, one of the young graduates personally thanked Mr. Ruvelson for his encouragement. She had been considering dropping out of high school, but his thoughtfulness, kind words of encouragement, and the Four P's made her change her mind. That student is now a proud 2019 graduate going on to Santa Monica College to pursue her dream of becoming a professional hair and make up artist!"

Mr. Ruvelson intends to expand the "SUCCESS: Failure is Not An Option" program to serve all students in need of credit recovery at all Continuation High Schools in his district.

"I believe Bob will change many more lives for the better in this expansion of his program," concluded Scatolini. "I cannot thank Bob enough for his care and concern for our students and our school, and I believe that he is truly, in word and deed, the LifeChanger of the Year."

Bob provides valuable skills for success in college and career to students in his "Success: Failure Is Not An Option" program.

Congratulations Bob?? What you are doing with your Students is so remarkable! They are so lucky to have You inspiring them!

BEST OF LUCK, BOB. YOU DESERVE IT!

Mazel Tov! What a fabulous mitzvah you are doing for this special community. You and Doris are too quiet about this project. Kol HaKavod

Bob is a perfect example of how one person can make a difference. His enthusiasm and "can do" attitude has made him a valuable member of every organization he has been associated with. You will never find anyone more deserving than Bob of the Life Changer of the Year award.

Congratulations Bob! A marvelous story of your gifts to all. And, thanks to a truly nice, interesting man

Congratulations on receiving the Life Changer of the Year award. Bob! Your determination and perseverance in whatever you do is truly inspirational and we are so very proud of you and all you have accomplished!

My Father Bob is a wonderful Dad and a great man! A role model to all, I couldn't be more proud of him and his work at Phoenix Continuation High School. I sincerely believe he is a LifeChanger and hope he is recognized for all he has given back to the community.