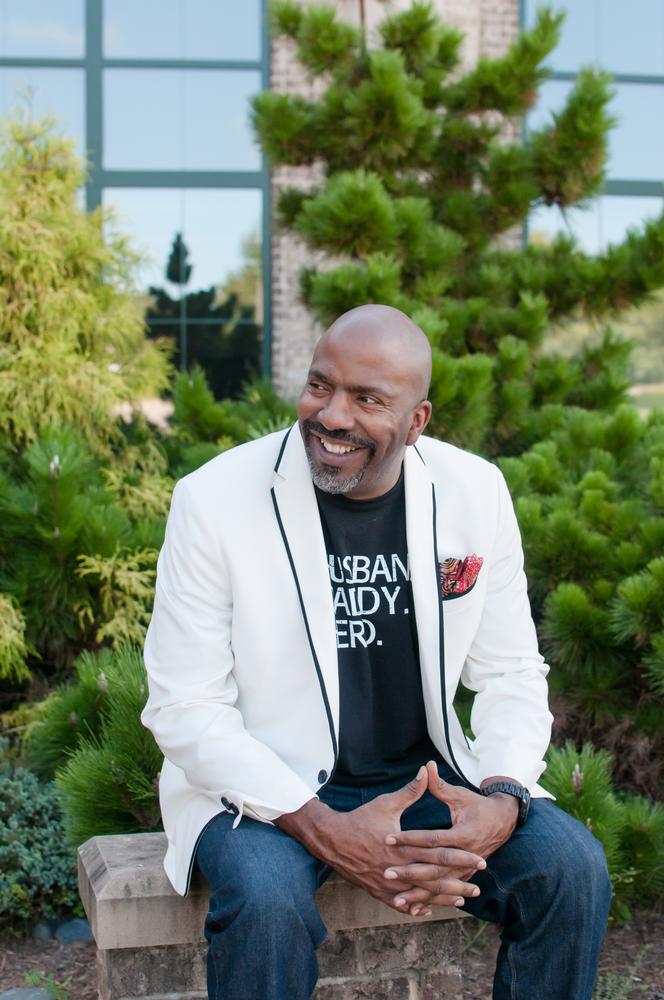 Bennie Gibbs was nominated by his spouse, Sheia Gibbs.

"I first met my husband when I was 18 years old. I thought to myself, 'I've never met someone as passionate about basketball and helping young kids,'" said Mrs. Gibbs. "He was coaching at Wheeler High School at the time, and there were always practices and games to go to. I never had an interest in basketball before, but his passion made me want to know more. I began to realize it was more than just basketball to him. He really cared for the students and their well being, and he wanted to help them achieve whatever their goals were in life."

At Wheeler High School, Mr. Gibbs won many championships and went to the All American game as well. He was critical in helping players reach top, NBA-level basketball.

"The thing that I saw that traveled with him, however, is the effect he would have on the students and their learning," said Mrs. Gibbs. "Bennie also simultaneously taught health and PE. He was very serious about students' health and teaching them the fundamentals at a very critical time in life. We would always talk about learning the key principles early and how they made it easier to transfer into your adult life. Bennie's father passed from cancer when he was a sophomore in college, so he was very adamant about teaching the importance of education in all areas."

"I never saw anything like this before. This school had never won a basketball championship before," said Mrs. Gibbs. "The claim was the student body was so out of control that no one ever showed up to the sport events. Many people told him that this would be a backwards move for him. When I asked him what his thoughts were, he said, 'If I could just get them to believe they can, they will.'"

Mr. Gibbs took the job, and the magic started. His passion and love for the students gave them something bigger to believe in: themselves.

"In the beginning, there would be 4 to 5 people in the entire gym at the games, including myself. Over time, the gymnasium would be fully packed," said Mrs. Gibbs. "I said to myself, 'He has done it again.' Needless to say, they won the State Championship. Again, the most impressive part is the effect he had on his students. Many of these students are doing very well with businesses, great jobs, and beautiful families. Some students thought this would never be possible for them. The power of belief is amazing, and to see the effects of it is transforming."

Mr. Gibbs soon went on to other schools, and everywhere he landed, his gift would make room for him. Students would love him, and whenever he would return to school from illness or being out of town, the staff would always be glad to have him back. Mr. Gibbs is currently working at National Heights Academy. His love for what he does makes people gravitate towards him.

"I see that he truly cares about people and showing them how to believe that anything is possible," said Mrs. Gibbs. "The irony is that he is a vey laid back person at first glance. After being around him, you begin to see the magic. So many of today's role models are reality TV stars, basketball players, and movie stars. There isn't anything wrong with this at all, but lets not forget where it all starts from: the people behind the scenes teaching, believing, and breathing life into students, who often lead very happy and productive lives."

"After eight years of marriage, we had a son, and I have been privy to see this magic given to my son," said Mrs. Gibbs. "Nothing gives me more joy to watch this up close and personal. It has has changed me. Twenty-five years later, I truly understand and I'm so grateful to be along for the ride."

Mr. and Mrs. Gibbs recently purchased a house, and the process went very fast and smoothly. When they closed on the house, it was the first time that they were face to face with the sellers.

"Our agent and the seller's agent arrived a few minutes late. As soon as she arrived, she immediately said to Bennie 'I know you,'" said Mrs. Gibbs. "They proceeded to run down a list of places, and it was revealed that Bennie was her Health and PE teacher in middle school. She said he was his favorite teacher! 'Wow,' I thought, 'here it is again after all these years!' The agent said he was so laid back."

"I'm so proud to be his wife because I'm so very blessed to get to live and be around ths high level of love and passion," said Mrs. Gibbs. "Because of him, I wear a bracelet every day that reads Anything Is Possible. Nothing gives me greater joy to to recommend my husband for the LifeChanger Of The Year program."

"The mediocre teacher tells. The good teacher explains. The superior teacher demonstrates. The great teacher inspires." Mr. Gibbs, thank you for being an inspiration for our students at Atlanta Heights. We are so fortunate to have you as part of our team. Thank you for all you have done and continue to do for our students. Congratulations on this tremendous recognition. It is certainly well deserved.

Congrats Mr. Gibbs!! We are very fortunate to have you at NHA. Thank you for using you gifts and talents to grow our scholars at Atlanta Heights. I am sure the "magic" is showing up in many of your students. Keep bringing it!! Our scholars need you everyday!! Mike White NHA Safety Team

Mr Gibbs - this is such an amazing accomplishment. Thanks for all that you do for the students and school community of Atlanta. No matter the outcome, you are a life changer!

Mr. Gibbs, Thank you for all that you do for the youth! I know it takes a strong-willed, dedicated and compassionate person to take on this role and for you to be so committed for what sounds like decades..... I applaud you Sir. Mrs. Gibbs, this may have taken a lot of precious family time so thank you for Playing Like A Champion alongside your husband. May God continue to bless you and your family for the amazing things you do.

Mr. Bennie Giibs, has changed my life in so many ways. As a athlete, student, and person. Nonetheless, he was my coach and mentor. He helped me gain the trust and success I needed to take my basketball skills to another level, and help me gain confidence playing at the college level. He also showed me the respect and love, on how to treat women and BE A MAN. Im proud of you and your accomplishments and thank you for everything you've done and contributed to my life and so many others