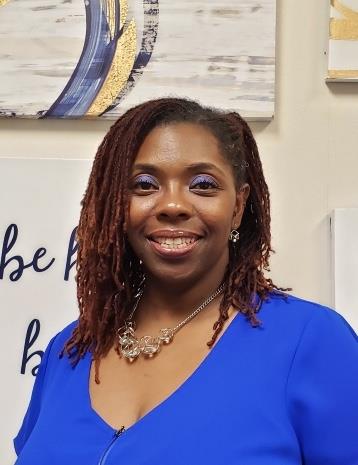 "Wish is not just an amazing counselor at my campus, but an amazing mom and friend," said her nominator. "Since I've known her, I have been able to be privy to her life and all it entails, whether it's work or personal. On my end, she has inspired me to run in my first half marathon."

Previously, Ms. Hardeway was an avid runner who had competed in 6 or 7 half marathons. She then found out she had cancer. She won her battle, but was not able to return to the life she previously had known. Between work and family, it was hard for her to get back into running.

"We went to dinner one night and were talking about getting back in shape," said her nominator. "She stated that we should train for a half marathon to get back in shape. I've been an athlete my whole life, but I never want to run more than a 5k or 10K at the longest. We agreed to do it and signed up for a half marathon. She keeps me motivated and gives me support when I need it. Because of her, I am now eating healthier, exercising more, and becoming happier and more confident with myself."

"When I came to Metzger, Wish was one of the first people to make me feel comfortable," said her nominator. "I felt like I could talk to her about anything. The way she made me feel is exactly how she makes her students feel."

Ms. Hardeway knows every student's name in her grade level. She knows what their siblings' names are, their grandparents, and their pets. She makes everyone feel special and loved. Ms. Hardeway has built bonds with students in her building that are going to last a lifetime. Her son attends the high school down the street, and she drops him off every morning before coming into work. As she is leaving the campus, she stops to say hi to all the students she knows, and they huddle around her car to speak with her.

Many of the students in Ms. Hardeway's school do not have someone in their life who they can confide in. Some of the students are dealing with severe personal challenges, such as absent parents, mental illness, or a lack of housing. For these students, Ms. Hardeway is a safe harbor and soft place to land.

"I had a student when she was in seventh grade, and Wish was the counselor for that grade level at that time," said the nominator. "This student didn't want anything to do with school. She was getting into fights, failing her classes, late to every class, and hanging out with the wrong crowd. We would have discussions about this student all the time, and Wish never gave up on her."

"The following year, Wish talked to me the next school year to see if this student could be in my PE class and tryout for the basketball team, and I agreed to both requests," said the nominator. "Wish told me she had been working with the student and promised things were going to be different. I thought to myself, 'Well, if she is promising me, I am going to trust her.' It was rocky at the start, but about halfway through the semester, this student started to turn around her behavior and attitude. She made the basketball team, and by the end of the school year, she was receiving the "Shining Star" award at the 8th grade graduation. This student is now a member of the high school JROTC, and she loves going to school and being a part of something. Wish made that possible. Wish was able to pull something out of that girl that no one else could. This is only one of many stories of things she has done for the students on our campus."

Ms. Hardeway is devoted to her students at all times. Last year, one of her own children was really sick and in the hospital, and she had to take FMLA because of the seriousness of his illness. She was out of work for about a month and a half, but she continued to check on her students on a daily basis. When she returned, she had messages of best wishes for her son and for her. She also had a stack of letters from parents and students who needed help and specifically requested to see her.

Ms. Hardeway has been a staple in the counseling department for at least four years. She has put on Mother/Son and Father/Daughter dances, STAAR pep rallies, and parent nights, all on a shoestring budget. This year she was appointed as the Lead Counselor. She is still nervous, but she's rocking it! For example, when she ran into scheduling difficulties, she found the issue and began resolving it. She has been at the school every weekend for six hours each day and staying until 9:00 pm at work, then doing more work at home since before school started on August 13th. She has been doing all of this while training a new counselor and having to learn the new systems of a new principal.

"Wish has developed strong relationships with the students that are under her stewardship, and she has built trust with the parents and teachers at Metzger Middle School," said her nominator. "She does what is right by the kids and always has the kids on her mind, both her students and her own children. She works hard and doesn't receive a lot of recognition. Wish is deeply loved on our campus, and I would like the world to know of her goodness. Wish may not be changing the entire world, but she is changing the world for others who will eventually be changing our world as we know it."