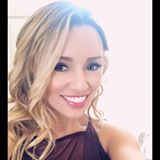 Growing up in the South Texas town of Harlingen, Mrs. Villarreal was exposed to the hard working ideals of the Hispanic culture. Her parents cultivated that hard working spirit in her and her sisters, and although they didn't realize it at the time, the impact it made was enormous.

Mrs. Villarreal graduated from Harlingen High School in 2001. She already knew she wanted to become a teacher so she could positively impact students and hand down those strong ideals she grew up with. She graduated from college in the Rio Grande Valley and began her teaching career. Mrs. Villarreal was married shortly after beginning her career. During this time, her sights were set on making a bigger impact on students, and she got her Masters degree to become a counselor. The newlyweds made their way to San Antonio, Texas, and she got a counseling position at Lowell Middle School in San Antonio ISD.

Her new school had a 99% economically disadvantaged population, and she fit right in as she started to learn the role of her newly acquired counseling position. Her positive impact was immediately felt in the school. By this time, she had her first child and looked at moving to the district she resided in, which brought her to Northside ISD. She was hired at Jim Martin Elementary School, where she would go on to become a vital member of the staff.

Jim Martin Elementary is a Title I school with a 90% economically disadvantaged rate. These conditions weren't new to Mrs. Villarreal, and she quickly assimilated to the staff, parents, and most importantly, the students. Knowing that this community needed positive male role models, she started the Young Gentlemans Organization (YGO) and even became a district board member for the organization. In this role, she brought in positive male role models to share their stories with students who desperately needed to hear from them. She was a cheerleader for all students and recognized them with character awards several times throughout the school year.

Unfortunately, during her time at Martin Elementary, Mrs. Villarreal faced tragedy in her personal life. She lost her sister to domestic violence, and she struggled with depression afterwards. At the same time, two students in her school lost their mother in very similar circumstances. Understanding exactly what these children were going through and knowing what these children were now facing, Mrs. Villarreal mustered up all the values she was raised with and all the experiences she had to focus on the wellness of these children. They needed her immediately.

Eventually, these children went to live with their grandparents, and Mrs. Villarreal was there for the family every step of the way. She supplied them with resources and had countless sessions with the children, their grandmother, and their aunt in order to assure they had everything they needed in their crisis. Her work was just beginning, as the older child was more deeply effected by what was happening, and he broke down continuously. She put action plans into place, and her vigilant and patient demeanor allowed this child to feel some comfort in his world of pain. The student gradually responded to her and started to have some success. Although the children will always have that void in their life, the transition they experienced with Mrs. Villarreal at their side was the greatest emotional support they could have ever received. Without her influence, these children could have fallen into a deeper state of crisis, but she was there to catch them and help them rise up from tragedy.

"I have never witnessed a more genuine and nurturing encounter from counselor to student as I did with this," said her nominator. "This extremely unfortunate incident has impacted a lot of people in our community, but the way it was handled has given everyone hope that there is kindness and love in a world of violence."