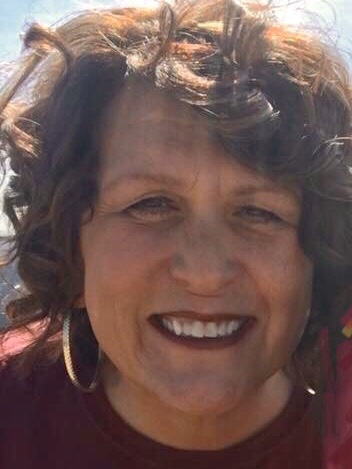 Sherri Brewer was nominated by her colleague, Lezlie Mann.

Mrs. Brewer has worked with children for over 20 years and has impacted many lives during her career.  She recently became principal at Fort Gay PK-8 School, and the community and students have accepted her as one of their own.  Every Wednesday evening at 8:00 PM, she reads a bedtime story to the students on the Facebook page for her school.  She not only reads, but encourages children and lets them know they are strong, smart, and beautiful. She makes them repeat it during the story time, at school, at games and any other place she encounters children.

"I asked her why she does it and she said, 'They hear enough negative comments in their lives, and someone needs to remind them of who they are created to be,'" said Mann. "She has truly been a LifeChanger for many years."

Angela Stroud Posted over a year ago

Mrs. Brewer cares about our students. She strives to let them know they are loved and encourages them to make good choices. She also encourages literacy and has made our library more accessible to students.

Lesa Marcum Posted over a year ago

Mrs. Brewer is a very professional administrator that I love. She stands for the students of our school and the staff. She is always there to help any way she can, even if it is to mop the floor or take out the trash. She gets involved with all the students extracurricular activities. She is a very hard worker and expects it from all. She has respect or everyone. She gets everyone she can to participate in excelling our students and their families. She implements parents involvement whenever she can.

AMY SEXTON Posted over a year ago

MRS. BREWER HAS QUICKLY BECOME A VALUABLE ASSET TO OUR SCHOOL. SINCE BECOMING OUR PRINCIPAL, SHE HAS SIGNIFICANTLY ENCOURAGED AND STRENGTHENED PARENT INVOLVEMENT; WE NOW HAVE A PLETHORA OF PARENTS AND GRANDPARENTS WILLING AND EAGER TO BE INVOLVED IN THEIR CHILD'S LEARNING. MRS. BREWER HAS ALSO IMPLEMENTED PERIODIC "GRANDFAMILIES" WORKSHOPS, WHICH PROVIDE TRAINING AND SUPPORT TO THOSE EVER-GROWING FAMILIES THAT ARE LED BY A GRANDPARENT. I DO NOT HESITATE TO SUPPORT MRS. BREWER IN HER ROLE AS OUR PRINCIPAL OF FORT GAY PRE K-8 AND APPRECIATE THE OUTSTANDING JOB THAT SHE DOES!

Janice Christian Posted over a year ago

Mrs Brewer is the most caring and sharing Principal we have had in a long time. A straight shooter who tries to be fair and above pettiness and who’s priority is our kids. We need more Mrs Brewers in our county