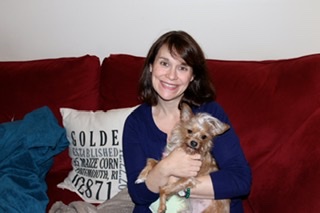 Mrs. Golden has been a driven, lifelong learner.  As a young girl, she always knew education was the key to her success. Coming from a troubled home, Mrs. Golden left her mother's house at age fifteen, but never let life's obstacles stand in the way of her goal.  She graduated in the top ten students in her high school class, completed her undergraduate program early, and finished her first Master's Degree by the time she was 22 years old.

In her first teaching position, she worked in a school with many challenges.  In the ten years Mrs. Golden worked there, the school lost at least one student per year for a variety of reasons. One year, they lost four students. These tragedies inspired Mrs. Golden to pursue a second Masters Degree in Counseling and CAGS in Mental Health.

Leaving teaching to pursue her licensure, Mrs. Golden decided to work with some of the neediest populations in her surrounding urban areas doing home-based community counseling.  Her new goal was to integrate mental health support in education programs.  By establishing strong relationships with children and their families, she was seen as an ally in their pursuit of health and wellness.

Today, Mrs. Golden has moved into yet another school district to serve as the first Licensed Mental Health Counselor ever hired in a Rhode Island public school district. She provides clinical support and psychological evaluation to the middle and high school population. She continues on her mission to connect families, communities, and schools to supportive health and wellness.

Kelly is an amazing person who is focused on supporting children, adolescents, and families. She spends endless hours finding community supports and out reach programs in order to facilitate the resources needed for families. Her dedication to her work is impeccable and beyond that of others. I feel honored to have worked with Kelly and continue to learn from her expertise in order to advance in my own career.

Kelly Golden is one of the most dedicated educators that I have worked with. Her integrity is second to none. She goes out of her way to make sure every student is successful. There is nothing that Kelly won’t do to help her students . She is genuine and real. Any student that comes to her for assistance will be receiving the best advice and treatment.