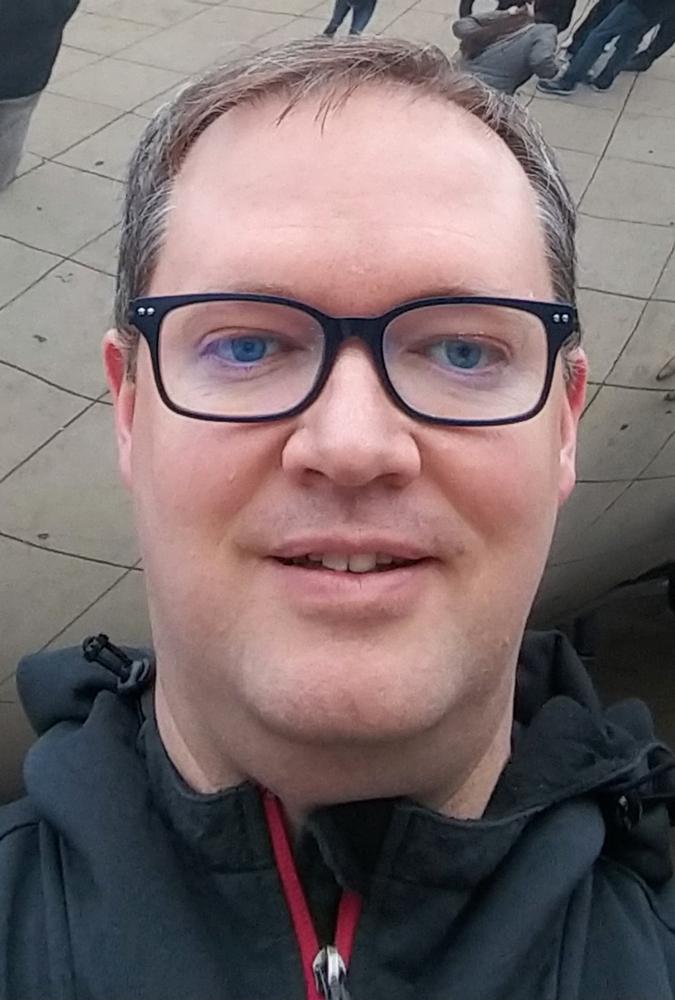 Brent Rogers was nominated by an anonymous colleague.

Mr. Rogers' official job title is English as Second Language teacher, but he is so much more than that to his school's large refugee population. From Monday-Thursday, he is co-teaching students who are immersed or in inclusion. On Friday, he coaches teachers who have ESL students in mainstream classes who do not qualify for a co-teaching schedule. He is also the proud parent of some fabulous adopted children. Last year, he took on the role of adviser for Latinos in Action. This year, his new role is to empowering Latino youth to lead and strengthen their communities through culturally responsive social and emotional learning, college and career readiness, and leadership development.

"Modest and humble are two words that come to mind when I think of Brent," said his nominator. "He would never, ever think of himself as a LifeChanger. Most likely, he would simply say that this is his job, and this is what he does."

As the beginning ESL teacher, Mr. Rogers sees the refugee students first. They go to a Newcomer Center before coming to the high school. Mr. Rogers goes to the Center to meet them so that when they come to the high school, they have a familiar face. He has coordinated for current students at the high school to go to the center so they, too, can be a familiar face. He embraces his school's motto, "We are one, We are Family, We are Riverhawks," by welcoming everyone who wishes to be at his school.

"While I have a lot of ESL students, my full courses do not avail me to the privilege of having a co-teaching experience," said his nominator. "Brent has always made himself available during my prep period to coach me so that I can better teach the ESL students in my classes. He is a LifeChanger, not only to the students, but to the teachers he mentors. It doesn't matter to Brent where you come from or what your background is. You are always welcome in his world or circle of influence!"

Debra Rogers Posted over a year ago

Carmen Lengtat Posted over a year ago

Brent, congratulations on your nomination! The work you do sounds amazing! Those around you are blessed by the role you play in their lives, whether it be father, husband, co-workers and friends/family.

Vincent Posted over a year ago

Keep it up. Your reach is farther than Twin Falls.

Amberle Posted over a year ago

Brent is amazing and truly loves the kids he works with. He cares so much for them and wants to give them every opportunity possible! He is truly incredible.

Joy Minchey Posted over a year ago

He is amazing with all his students. He does not miss a day because he loves to teach each and everyone of them. A smile and love for each student. No one could teach these kids from all over the world more than Brent. Brent, So happy for you being nominated for this you truly deserve it

Monica Rogers Posted over a year ago

You are the definition of a life changer! You change every life who enters yours! I'm lucky to witness it on a regular basis, but more than that, I get to live it!! You make me better everyday! I am proud of you and all you do! I love you!! Love Monica

Wendie Munoz Posted over a year ago

Brent, You are an amazing teacher. We are so blessed to have you in our building! Thank you for making such a positive impact on both staff and students. Wendie