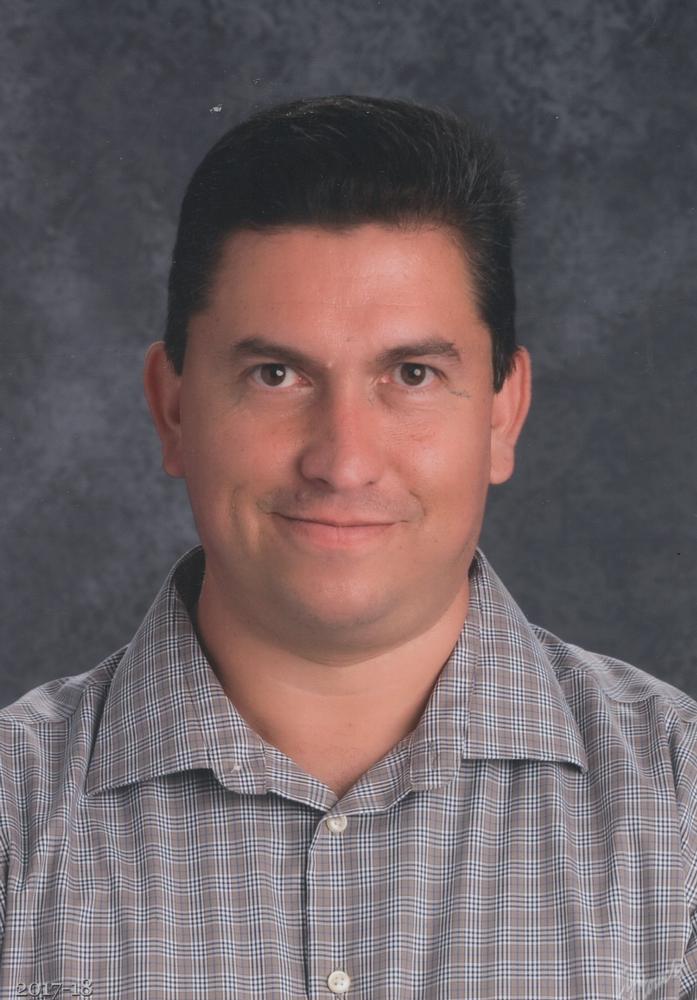 "Mr. Sergio de Alba is different. I think back all these years later and am still amazed at just how much was accomplished in one school year," said Magallanes. "Mr. de Alba made learning an adventure. Each and every week, he would have a special project or new opportunity to make the lessons come alive...I was not surprised when I found out that Mr. de Alba’s class had these opportunities and new experiences because he paid for them out of pocket...From collecting cans around campus to doing side jobs, he puts forth additional energy for his students as if they were his own kids. He always found ways to pay for his enrichment activities. Without him, many of us would not have developed the background knowledge and experiences he intended. He knew the benefits of these experiences to our future."

Mr. de Alba is known as a challenging teacher. At the same time, students and parents know his pupils are well-prepared. His passing state exam scores are twice as high as the state average for both math and language arts. That would be impressive enough, but he does this at a school in the poorest part of town while also running clubs, academic teams, sports tournaments, and after school tutoring!

"He did this when I was at Miano in 2004 and is still working with the same passion today," said Magallanes. "His level of excitement and joy is inspirational. His way of seeing his students and their potential continues to be life-changing for anyone lucky enough to have him in class or participate in his many programs."

"I remember the countless fatherly talks he would give our class about our role in this world and his efforts to inspire us to be the best that we could be," said Magallanes. "Most of his students come from farm worker families. Having Mr. de Alba as our teacher allowed us to have an example of success by someone like us. His stories about his childhood showed us that what we were going through was not an excuse to fail. He proved we could be a success, just like him. We held on to these words and have achieved the success that Mr. de Alba always said we would."

Mr. de Alba never stops learning. Whenever he takes a teacher course or does any learning activity for his own professional growth, he'll share what he discovers with his students.

"As a child, I always wondered why someone who already had a profession continued to learn when he was already considered to be the best," said Magallanes. "His excitement about his new knowledge was contagious, and I find myself being the same way as an adult."

Mr. de Alba is great at many things, but what sets him apart from any other teacher is his ability to inspire students, parents, and other teachers. He makes you believe you can achieve anything with the right dedication.

"When he would talk about his childhood, I became more and more connected to his message. As a child of immigrants, it was important to see an example of success," said Magallanes. "'You can become anything,' was a daily reminder to us, but it became more than that. It became that extra inspiration that encouraged us to be our best. Though he struggled to learn English as a child, through hard work and dedication, he was able to accomplish great things. To the many students living with that same background, he gave us hope."

Mr. de Alba’s class is not like any other. Students become a family under his guidance. It is amazing how he never forgets students. Even if they were in his class 15 years ago, he remembers things they did, what they liked and disliked, and their personalities.

"I don’t know how he remembers me and all of my classmates, but he does. It is very similar to how a parent sees their own kids," said Magallanes. "You can feel his love and support, and that is why so many of his past students continue to share their life and check in with him so many years after they leave his class. I am 25 years old and I still check in with him to let him know how my life is going."

"A few years ago, I began a serious relationship," said Magallanes. "During Christmas break, I took my fiancé to visit Mr. de Alba because, as is the case with so many of his students, he is like a second father. During the visit, he took us to his library, where he has a wall-sized bookcase. On that bookcase are binders organized by his years as a teacher filled with thank you letters, essays to him, and other mementos he says are, 'Reminders of why I teach.' He remembered the year I was in his class and quickly went to that binder. As he searched through, he found an essay and a thank you letter I wrote to him in fourth grade. He has 24 three inch binders filled with the 'positives,' as he calls them, that he has earned over his career."

Mr. de Alba has made an incredible impact. Students are different when he is their teacher. They are expected to respect and support each other on a daily basis. They don't make fun of each other in this class because as Mr. de Alba would say, “We all succeed when we support each other! We all fail when we don’t!” He teaches students to focus on their strengths and created clubs, art shows, singing and dance competitions, and an 18 sports tournament to allow every student to find something they can shine in.

"His Doctor is In Club is one of the seven clubs he created that changed my life," said Magallanes. "He wanted to create a way to have students interested in medicine follow their dreams. I am now a registered nurse, and I know his constant support...is a big reason for my success."

Mr. de Alba does the work of ten people with a sense of joy and infectious energy. With all of the incredible programs that Mr. de Alba has created, none are more recognized than his student-led garden program. Miano Elementary School is one of the most beautiful schools because of his leadership. Each of his fourteen gardens are inspired and designed by students. He has empowered students by showing them their ideas count. He is incredibly invested in the concept of empowering students.

One of the ideas his students had was to make a test garden to try to grow plants that are more difficult and require constant care. Mr. de Alba didn’t have enough room at the school after filling all the dirt lots, so he took out his entire front lawn at his home and made this experimental garden. He paid for the whole thing himself because he thought it was a great idea. How many teachers would take out their beautiful lawn because a student came up with a good design for a learning garden? He takes flower and fruit samples from this garden to supplement the lessons he gives at school. This is Mr. de Alba, encouraging and always trying to improve the experiences of his students.

"It would be enough to regard this man as a LifeChanger for the difference he made in my life, but I am one of many," said Magallanes. "His ambition is clearly to make a deep, lasting difference in the lives of his students. There is no one else like him, and over his career, he has made an impact worthy of great acclaim. He has earned the admiration of our community and has undoubtedly made a difference in the many lives he has touched. The impact he has made is impossible to quantify. To this day, my life continues to be impacted by the experiences provided by my fourth grade teacher."

If you ever have a chance to speak to Mr. de Alba about his job you will notice two major things. First, he gets a big smile on his face as he starts to talk about his students and how he can still improve. Second, you can’t help but see the incredible passion he has for changing the lives of his students. Mr. de Alba is one of a kind. He is so much more than just a teacher. Mr. de Alba is a LifeChanger!