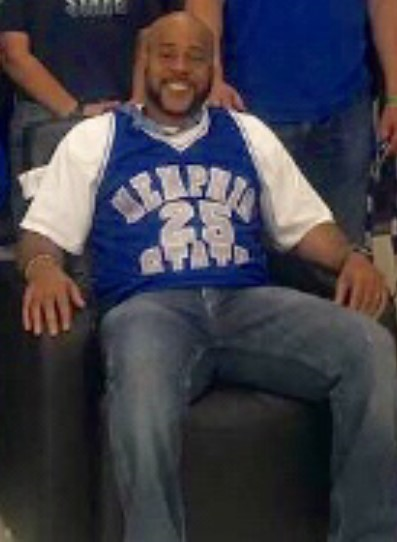 Marcus Goodwin was nominated by his colleague, James Hoggard.

Mr. Goodwin is a truly amazing man who touches so many lives in so many positive ways on a daily basis.  He is a role model for anyone who desires to be a community leader and organizer. Not only does he assure that athletic events are well staffed with volunteers and referees, but he makes it a point to build a program where student-athletes have a sense of belonging. He makes sure student-athletes understand the importance of hard work in the classroom as well as on the field or court. In addition, Mr. Goodwin is in his fifth year serving as dean of students. He inspires and encourages a positive climate and culture for students and staff primarily through monitoring and intervening with positive behavior supports and sound restorative practices to assure student discipline and attendance.

What truly makes him successful, however, is that he has a big heart. He believes in the value of communicating and building positive relationships with students. Students listen to him and respect him because they know he cares. They know he cares because he takes the time to talk with students whenever he has the opportunity, whether it's in the cafeteria, in the gym, in the hallway, or sitting down for a face-to-face meeting with a troubled student in his office.

"Mr. Goodwin is a LifeChanger because he consistently makes time for our students, speaking into their lives and listening to what they have to say," said Hoggard.

Mr. Goodwin is an amazing young man. He shows great leadership in everything he does. He is definitely a "Life Changer" person and we are very proud of him!!!

Kudos on the recommendation! The acknowledgement of your work and character is well deserved.

Congratulations! Thanks for all you juggle!

Mr. Goodwin does a fabulous job with the students. We love him! 21st Century Morning Tutoring Student Comment - "He's one of the ones in charge of this big school. He's a pretty cool guy."

Mr. Goodwin is a phenomenal leader! Much deserved!

We are very proud of you!