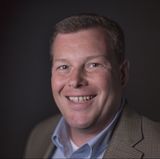 Michael Soskil was nominated by his colleague, Shafiq Alvarado.

"Mr. Soskil continually goes above and beyond while educating his students in the district," said Alvarado. "I was blessed to have the opportunity to teach one of his chemistry classes. He was given the Presidential Award for Excellence in Mathematics and Science back in 2013. Additionally, Mr. Soskil was a finalist for the Global Teacher Of The Year prize of $1 million. For this nomination, Mr. Soskil was flown out to Dubai, where he was announced as one of the top ten teachers in the world, and he continues making an impact on his community. Having grown up in the area, I have known Mr. Soskil for sixteen years and have never heard a single bad word said about him! It is clear that he deserves to be recognized for the LifeChanger Of The Year Award!"