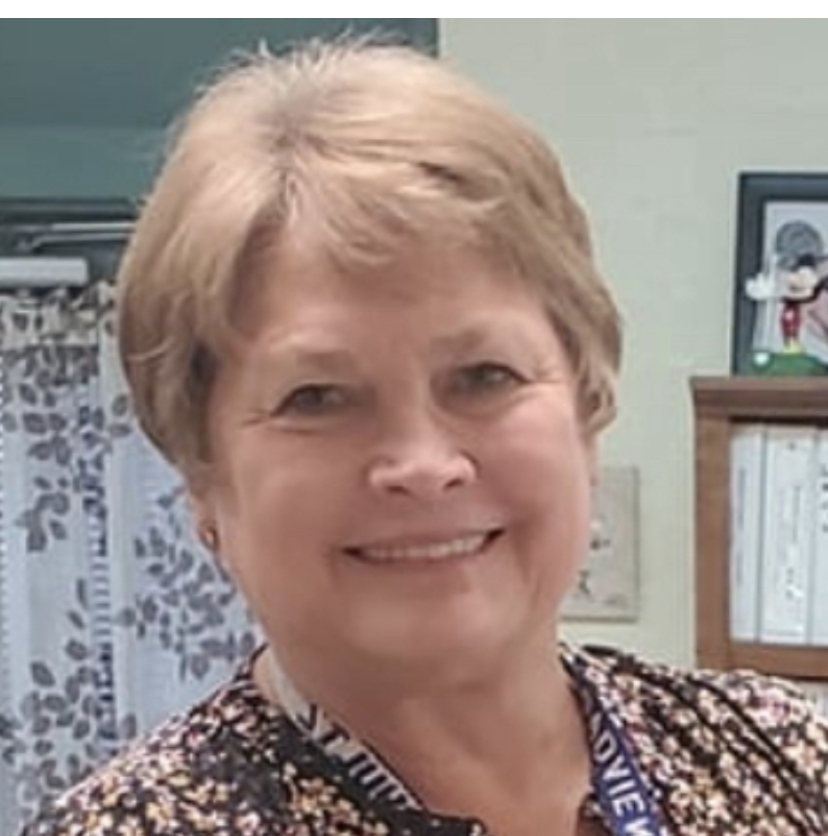 "What do you think of when you hear the word 'principal?'  Individuals have different opinions," said Jo Lynn. "But, I can say with enthusiasm, that Sandy Schultz is the principal who gets things done."

Mrs. Schultz has been an educator for almost 50 years.  She first taught in a K-12 rural school, the kind of school where everyone knows everyone. During these early years, she became a mother of two daughters and a son. Living in the country and teaching in a small rural school can be a challenge.  Not only was Mrs. Schultz teaching and raising a family with her husband, but she was learning how to can and freeze to save food for the winter.  After a few years of teaching, another opportunity became available, which meant moving to another school within the same district.  The move was pivotal for Mrs. Schultz because she was given the honorable position of being the principal.

Since becoming the principal of Broadview Elementary School, the school and staff have received numerous awards.  Broadview was recently was named a "Tennessee Reward School" for the fifth time. This award is from across the state of Tennessee, and the qualification for being awarded is a "school with outstanding student achievement or growth over the past three years." The Reward Schools are the highest-performing in the state, in terms of school-wide proficiency and graduation rates.

"Mrs. Schultz gives 100% of her support to her staff on a daily basis," Jo Lynn said. "Recently, while visiting the school, I noticed the cafeteria decor.  Sandy told me she had some custodians who took it upon themselves to decorate the school cafeteria for the students.  The PTO works tirelessly for the school, its staff, and the students.  If you went to the school website, you will observe the motto, 'Team: Together Everyone Achieves More.'  When you start at the top of the chain and work to the end, everyone at the school is important and working to achieve success for the students and teachers."

Many students who move on to the district's middle school and high school graduate as the valedictorian or salutatorian.  The students graduate from college and become educators, doctors, lawyers and engineers. They come back to see Mrs. Schultz and share their success.  When students are enrolled each year, the students who are now grown arrive to enroll their own children in the school where Mrs. Schultz is the principal with her amazing teachers and staff.

"Sandy continues to be a leader in the education department and community," said Jo Lynn. "She also has grandchildren who think she is the best MiMi there is. She can work all day at school, then travel an hour to watch a grandchild in some type of activity.  If you know Sandy, you know a super person!"