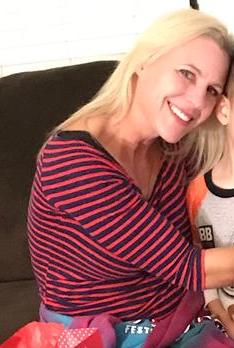 Korie Clark was nominated by Kate Gallagher, the parent of a student.

"I’ll never forget it. The date was November 27, 2019," said Gallagher. "I found myself somewhere very unfamiliar, somewhere very eerie and scary. It was a first-grade teacher from Phoenix, Arizona named Ms. Korie Clark who would become our light and hope in the darkness."

"On Wednesday, November 27, 2019, I found myself in the Pediatric Intensive Care Unit at Phoenix Children’s Hospital where my first grader, Benji, was diagnosed with leukemia," said Gallagher. "Two days later, on an unusually gloomy afternoon in Phoenix, my family and I would be told Benji’s specific diagnosis: High Risk T-Cell ALL. It was a long treatment regimen, but had high success rates. Benji would be out of school and in isolation (before the word became trendy) for at least nine months. The first year of treatment would be long and arduous. There would be hospitalizations, times of good health, many times of bad health, etc. But this wasn't supposed to be happening to us...I was newly re-married, and my new husband, Bruce was to begin the process to adopt the children. My children, Bruce, and I had recently moved into our new home near Desert Ridge in Tatum Highlands. It looked like a wonderful community to raise a happy family.  Having moved into a new neighborhood, the children had only been students at Wildfire Elementary for less than 4 months at the time of Benji's diagnosis."

"I must say, I knew immediately (prior to the diagnosis; during the first week of school) that Wildfire was the right move for the children," said Gallagher. "The staff and families at Wildfire Elementary embraced us as if we had been long standing members of their small, tight-knit community. The love and support we received is immeasurable and truly a miracle on earth. We can never repay the families and staff for their kindness and overwhelming generosity."

"Ms. Clark reached out to our family several days prior to Benji's diagnosis," said Gallagher. "She reached out just because he was absent. She wanted to check in on him and to say that she missed having him in class. A few days later, after sharing Benji’s leukemia diagnosis with Ms. Clark, she and my daughter’s sixth grade teacher, Mrs. Sandborn, spearheaded what I can only describe as a 'support Benji and his family movement' that swept the community like a tidal wave. Day in and day out, families sent us brand new toys, education materials, art supplies, gift cards, cash, groceries, hot food, clothing, and so much more. The support and selfless love were overwhelming, and they still are. Several families gave extra special gifts, like a custom Batman beanie and custom gift baskets to comfort Benji’s sister, Izabel. Seeing that we were so new to the school community, we never would have excepted the outpouring of love and support that we received."

As if that weren't enough, Ms. Clark and Mrs. Sanborn rallied the firebird family. They joined forces with the Leukemia and Lymphoma Society to raise money in honor of Benji with a program called Pennies for Patients," said Gallagher. "Ms. Clark and Mrs. Sandborn spearheaded other fundraising efforts, such as a student-run lemonade stand. Both teachers had the children’s classmates make cards with pictures that they turned into scrapbooks. Never once was it all about Benji. It was all about my family...Those scrapbooks got all of us through some really, really tough times."

"It didn't stop there. Mrs. Sandborn’s husband is a local Police Chief, and the Phoenix Police Department and the Phoenix Fire Department purchased custom-made beanies for Benji," said Gallagher. "Both Ms. Clark and Mrs. Sanborn visited Benjamin in the hospital and at our home. They continually checked in with me and my family via text messages, phone calls, and social media. They were, without a doubt, a part of the success of Benjamin’s recovery."

"Benji has officially reached the maintenance phase of his treatment protocol, where he'll remain for the next two years," said Gallagher. "He recently returned to in-person learning, and the hope that my family and I see in his eyes again is in part due to this beautiful teacher. I am awed by the selflessness and dedication of Ms. Clark and all of the educators at Wildfire. Ms. Clark deserves this award because of the class of educators she’s associated with. She the best of the best, and the most skilled and most successful at what she does. She is a leader. And for these reasons and more, she is a LifeChanger."

Ms. Clark is amazing teacher," said Jennifer Olsen, a colleague. "She goes above and beyond to connect with her students and families. She takes the curriculum and makes it interesting and fun for the young minds she is teaching. Ms. Clark worries about each one of her students as if they are a part of her own family. I can't tell you the number of times she has brainstormed ideas and ways to make accommodations for students. She has personally devoted her time before or after school hours to reach out to parents and students to be able to help support her students and families. She always has a cheery disposition and a smile on her face. Ms. Clark is an inspiration and a pleasure to work with."

Korie had my son, Cole Rossi, in first grade, I believe in 2009. She beyond enhanced his lifelong love of learning and he couldn’t wait to go to school each day. It was a very special year and she made a slide show for the end of year party. My son who’s naturally very easy going and not prone to shedding tears was hysterically bawling uncontrollably and fell into her arms, not wanting to release her for the summer and move on to 2nd grade. It was so moving and deserved as I now work alongside her and witness daily her tireless love and impeccably high standards she gives to each of her kids. Each of her students are beyond blessed to get her as a teacher as she has a God given talent that she utilizes and pours into each student daily. What a well deserved honor she’s received and I’m thrilled to hear that Benji is doing so well! What a gift!

I had the pleasure of working with Korie Clark for many years at Wildfire. She is exceptionally caring and dedicated to her students. She gives 100% every single day and I can say the same for Mrs. Sanborn. The teachers and staff at Wildfire love their students and it shows!

As a colleague of both Korie Clark and Jessica Sandborn, I feel lucky to know them both as a fellow teacher and a friend. Amazing things happen around both of these women! They are caring, loving, and super special! I cannot say enough good things about them! Keep being you and doing all the awesome things you do for your students!

Korie is a one of a kind teacher! Her love and devotion to teaching comes across as how excited the kids are to come to school each day and are happy to learn. She works with each child to ensure that they receive only the best of what she offers. She has a smile on her face every day and really is a rare gem in today’s teaching world.