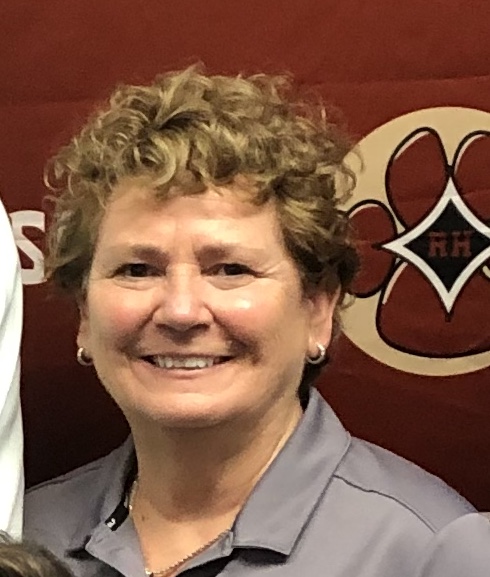 Cindy Elder was nominated by her colleague, Brigette McSheehan.

Coach Elder has been in education for 38 years. In the early years of her career, she served as a physical education teacher at Castle Heights Middle School. After 12 years, she was offered a position at Rock Hill High School, and she was hired as the head varsity volleyball coach. Here, she made her greatest impact.

Throughout the years at RHHS, she has impacted the lives of hundreds of students and athletes. Former volleyball players now serve as head coaches throughout the county and state, and they attribute their success to her.

Coach Elder has battled through breast cancer twice during her time at RHHS and has never missed a beat. She has used her illness to teach her students and athletes about life lessons. Throughout this time, she has created a sense of community at her school, with different fundraisers for the local cancer foundation.

She has served as the assistant athletic director for many years and is viewed as a leader among the staff. Her level of performance, both in the classroom and on the court, has been profound. It's evident in her ability to reach and connect with students, as well as her known success on the court among coaches and players all over the state.

Coach Elder always ensures that all students feel comfortable when they're in her presence, and that they're able to learn in a safe environment. Her high moral and ethical standards are not only something she follows, but something she has instilled in her students and athletes. This is evident by the amount of students and athletes that return to visit her each year to tell her how much of an impact she has had on their lives.

"Coach Elder is one of a kind and more than deserving of being named the LifeChanger of the Year," said McSheehan.