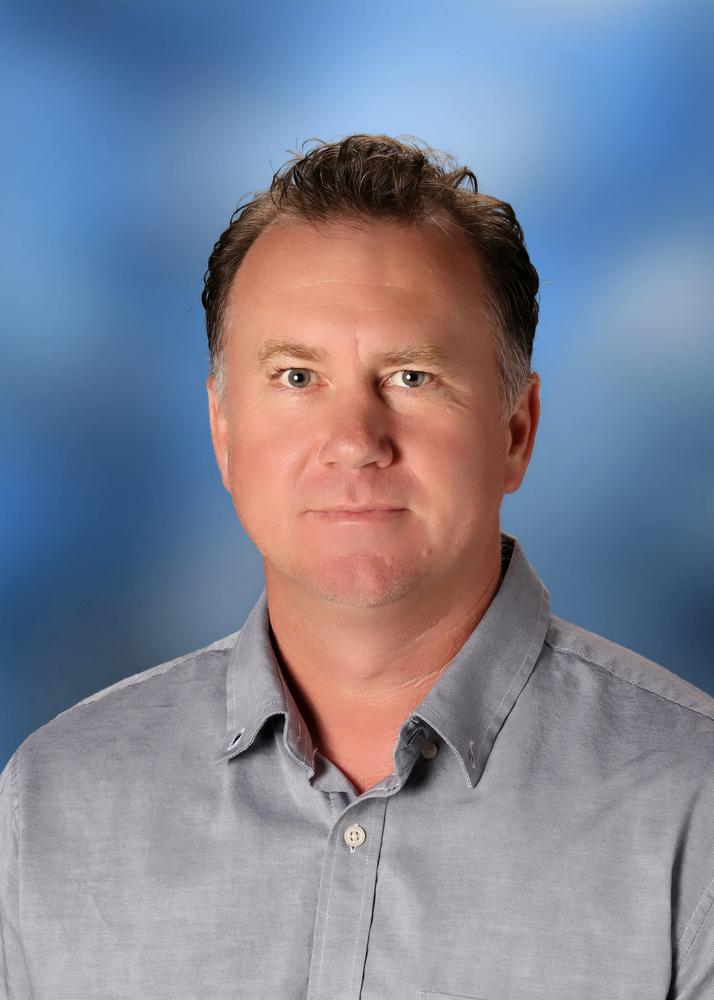 John Matern was nominated by his principal, Kessa Early.

"As nearly everyone in the world knows by now, we have been facing unprecedented stress and uncertainty during the past few months. Such strain has been even more taxing for those already living 'on the edge,'" said Early. "During this challenging time, our job description—as educators of an already marginalized population—transcended the core subjects and the 3 Rs. We needed to offer our high school students a sense of normalcy, hope, comfort, and optimism. This is where John Matern stepped up to the plate and into the spotlight."

In addition to his English classes—lessons that are taught with creative approaches to basic skills—Mr. Matern established a culinary class about four years ago. Through a Perkins grant and donations, he acquired funding for the equipment and ongoing expenses of ingredients. Each week, Mr. Matern and his eager band of chefs-to-be meet in the kitchen. There, he gives instruction on proper nutrition, recipes, safety procedures, and kitchen duties. Then, they cook. Every week, these students prepare enough food to feed the entire school population (95 people) lunch the following day. His students take great pride in their culinary skills, and they look forward to this weekly hands-on experience. Unfortunately, COVID-19 and the subsequent “remote learning” plan threatened to put an end to this. Mr. Matern came to the rescue.

Mr. Matern's mission was twofold. He still had the budget for ingredients, and he knew that many of the students and families had lost income and would become food insecure immediately. He decided to prepare “food kits” for each culinary class student. This included the recipe, all supplies, and all measured ingredients necessary to prepare the meal. With proper safety measures in place, Mr. Matern distributed the kits to his students. Then, he initiated a weekly Zoom meeting from his own kitchen, where he demonstrated how to prepare the meal kits. Throughout the remainder of the school year—even during the traditional “spring break” week—students enjoyed the continued routine of honing their culinary skills, the ongoing personal connection with their teacher, and nutritious dinners for their families, as well! Mr. Matern's Zoom meetings brought normalcy, hope, comfort, and optimism. As a follow-up to the experience, students sent photos to Mr. Matern, and he routinely posted various mouthwatering versions of lasagna, chicken tetrazzini, and shepherd’s pie.

"The fact that so many students responded so willingly to this class spawned another idea," said Early. "John suggested that, in addition to the regular schedule of core classes, perhaps we should consider offering enrichment classes, as well. Teachers chose fields of interest for students that were compatible with their own strengths. Within a week, we were offering students remote experiences in classes such as photography, dance, and chess."

"The success of these classes may have spurred John on to consider additional ways to connect with students during this challenging time," said Early. "Because our students are particularly vulnerable, the in-person/on-site interactions are critical to their wellbeing. We found that as time went on, fewer were logging in to their academic classes. We needed a way to keep them engaged with school. As we were discussing our concerns at a staff meeting, John came up with yet another solution, one that increased student interest and student attendance."

"He noted that our biweekly staff meetings had served to keep people connected and positive, in spite of the miles that separated us and the unknowns that worried us," said Early. "In addition to the school business we conducted, we always managed to have some laughs as we heard the familiar teasing and repartee. John suggested that we consider a weekly assembly, via Zoom, for both students and staff. That way, students could see each other’s faces and connect with teachers and staff members—many of whom play an important role in their daily lives. At these assemblies, we could make sure that all students were updated on credits, deadlines, and scholarship opportunities."

Upon further reflection, Mr. Matern decided there needed to be something eye-catching and fun at these assemblies. And so began the dance battles! Mr. Matern and his two young daughters performed weekly TikTok dance routines, inspiring other staff members of all ages to follow suit. Students appreciated the weekly risk-taking entertainment by their teachers, and they enjoyed the chuckles as much as the adults did. Then, the staff added recognition awards, games, and prizes for students. Each week, approximately 10 students left the assembly with a gift card or unexpected opportunity. The assemblies were uplifting and offered a welcome chance to reconnect.

"Remote learning offered multiple hurdles and many limitations. John Matern was there every step of the way—troubleshooting the issues, offering solutions, and introducing new ideas as well," said Early. "If such an award existed, John would be our 'Rock Star Teacher of Remote Learning.'"

My dad works so hard for his students at school and at home. He is always thinking of ways he can make the school better and improve his students’ lives. He is so smart, funny, kind, and hard working. He has taught me so much and I am so proud of him. He definitely deserves this award!

I was in Mr. Matern's first class at Sinaloa Middle School for the 7th grade and I had him again as a teacher for 8th grade English. In all my years in school, I've had dozens of teachers and yet none stand out so much in my memory as Mr. Matern. I could hardly tell you any particular lesson I learned in many of my classes growing up but I distinctly remember so many of Mr. Matern's lessons. I remember a lesson where he taught us about the 5 paragraph essay format. He said we could continue to use this structure for essays through college, and every time I wrote an essay from that point forward I referred to the knowledge he taught me. I still remember every one of the Bill of Rights because of a class exercise where he helped us memorize them. He wrote our 7th Grade Class a poem at the end of the year and I still remember it word for word. He was the first teacher I witnessed to treat his students like young adults, at a time in our lives when all we wanted was to be taken seriously and not be treated like children. He had great respect for his students which is why, I think, we all had such great respect for him. Looking back at my time in school, there are some teachers whose names I can't even remember, but I could never and will never forget Mr. Matern. He is truly exactly the kind of teacher I would want teaching my future children one day.

John goes beyond always with our students . He is a valuable resource of support for me with my goals as the College and Career advisor for the students. John has been instrumental in helping students refine their essays for the scholarships we have them apply for, he also followed some of students success in their on and off campus college courses. Giving them the homework support they needed and just keeping them on task. I have witnessed first hand the culinary program and the students engagement. It is remarkable, they love to create the dishes for our school and they are always delicious. John is always thinking of ways to better the experiences of our students and staff at Marin Oaks. We are truly blessed to have him as part of our team. He is a worthy recipient of this award! Also really good at Tik Tok ??

John is an amazing teacher who goes above and beyond for his students and colleagues. His calming presence and kind-hearted nature makes him such a powerful role model for his students. I feel fortunate to work with him on the Teacher Leadership Team. It is clear in conversations we have had that supporting his students in ways that are innovative and nurturing is a huge priority for him. He is a fantastic and deserving educator who deserves to be honored.

John goes beyond always with our students . He is a valuable resource of support for me with my goals as the College and Career advisor for the students. John has been instrumental in helping students refine their essays for the scholarships we have them apply for, he also followed some of students success in their on and off campus college courses. Giving them the homework support they needed and just keeping them on task. I have witnessed first hand the culinary program and the students engagement. It is remarkable, they love to create the dishes for our school and they are always delicious. John is always thinking of ways to better the experiences of our students and staff at Marin Oaks. We are truly blessed to have him as part of our team. He is a worthy recipient of this award! Also really good at Tik Tok ??

Mr. Matern taught my daughter when she was 8th grade in Sinaloa middle school. My daughter wasn’t strong writer but after she was in his class, her writing skill grew. She enjoyed his class and bring story to home what she done in his class. I believed great teacher is who bring kids to wants to be in learning and enjoying same time and that is him. Being a parent I am greatly appreciated his loves And passion to teaching his students