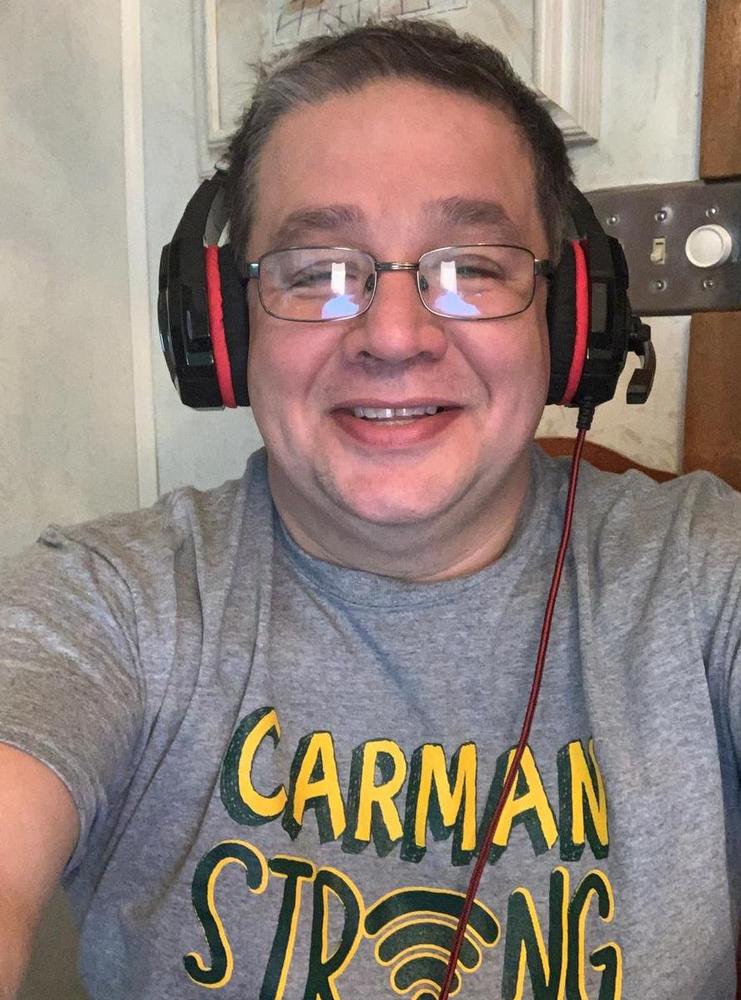 Michael Sweet was nominated by his sibling, Michele Sweet.

"When my brother won the ATPE Elementary Teacher of the Year award over the summer, I asked him about the one thing he was most proud of over the last 20 years," said Michele. "To my surprise, he didn't mention when he was a finalist for HEB Teacher of the Year, or any other time he won a Teacher of the Year award. He didn't mention his kids winning regionals and advancing to the state competition in Destination Imagination or Robotics. He didn't mention taking his kinder-1st chess team to nationals. What he told me was that he wanted his story in the chapter of someone's life to be positive. In his words, 'In the future, when they are talking about memories with a loved one, family member, or friend, I want them to say, 'He was my teacher,' 'He was my kid's teacher,' or 'I used to work with him and smile.' That is my greatest accomplishment. That's why I do what I do.'"

"When he said this, he looked like he was going to cry," said Michele. "My brother never cries, so when I saw this, I broke down. He told me stories of students, parents, and staff that you see in the movies, but my brother had these experiences in real life. We continued to talk about his 20 years of teaching, and he spoke with such passion and love for the profession. My brother has been teaching at the same school for his entire career. He tells us jokingly that he is going to be like David Robinson and Tim Duncan and retire from there."

Ask anyone about Carman Elementary and they'll know that Mr. Sweet teaches there. He's not only a teacher, but someone who has sponsored many programs on campus. He has sponsored Destination Imagination, Robotics, Chess, UIL Number Sense, Rifle Corps, Technology Club, and so much more. Mr. Sweet always says he does it for the children. They need these experiences in order to grow.

"After our talk, I saw my brother in a different light," said Michele. "He isn't just a teacher, but a LifeChanger. He has impacted so many lives over the past 20 years. It's evident when I'm with him and kids run up to him and say, 'Mr. Sweet, Mr. Sweet.' It's evident when parents and former students come over to tell him about everything the have done and bring up memories from their time in class. Now that I look back on those times, I know what he meant about what he wants his story to be about in someone's book of life...Everything now comes into focus. When I meet someone and I tell them my last name, a majority ask me if Michael Sweet is my brother. I know the next time I hear that, my heart will give an extra beat knowing my brother played a part in their story."