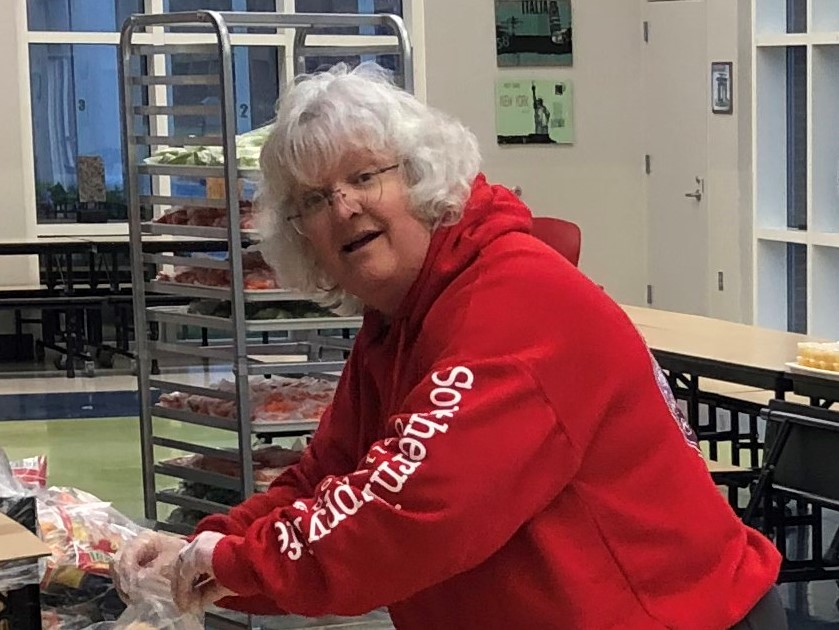 Cheryl Sanders was nominated by an anonymous colleague.

"There are not enough nice things that I can say about Mrs. Sanders and the contributions she has made to our school district," said Sanders' nominator. "She has worked with Transportation Services for many years in various capacities. She has served as a driver, a substitute driver, an assistant to the director, Director of Transportation, and a driver again.  Mrs. Sanders is the epitome of a LifeChanger for many reasons.  She is, by far, one of the most pleasant, caring, easy-going human beings on this Earth."

"When our paths crossed for the first time, I quickly noticed how students were attached to her," said Sanders' nominator. "Students on her bus route felt safe, cared for, important, and loved. Students on her route that had been documented for behavior while under her supervision were equally, if not more, appreciative of her support in comparison to those who were compliant. One would think that when a student received a bus referral, that they might have some animosity toward the reporter, but not in this case. The way Mrs. Sanders chooses to interact with students, parents, and staff, enables her to be a positive force that attracts and guides them into a happy place."

One of the most recent memories of her making connections with students was a couple of years ago, when she found out that two of her riders, who were siblings, didn't have water bottles. That day was field day, and Mrs. Sanders bought and delivered water bottles for them, but she didn't want them to know that the water bottles came from her. This is only one example of her selfless dedication to the students she serves.

The most inspirational aspect of Mrs. Sanders' story is how hard she continues to work after nearly being taken away from us. Mrs. Sanders and her husband have been avid motorcycle riders for years. While they were on vacation in the fall, Mrs. Sanders suffered a tragic accident while driving her motorcycle and was in a trauma unit in another city for several months.  After her discharge from the hospital, there were changes with her voice and appearance, but not her heart! Since that accident, she has gotten stronger. Her voice is clearer, and she is driving both the bus and a new motorcycle.

"I would have never imagined that this would have been possible after the initial reports of her status after the accident," said Sanders' nominator. "This summer, Mrs. Sanders also packed meals for students who were home after the shutdown from COVID-19. She drove a route every day of the week to deliver those meals. I was afforded the opportunity to ride on her route for a few days and was reminded of why she has always been one of my favorite people. Mrs. Sanders is a LifeChanger in so many ways and for so many people. She loves life and loves to laugh, and life and laughter love her right back!"

Congratulations Cheryl! You are so deserving!