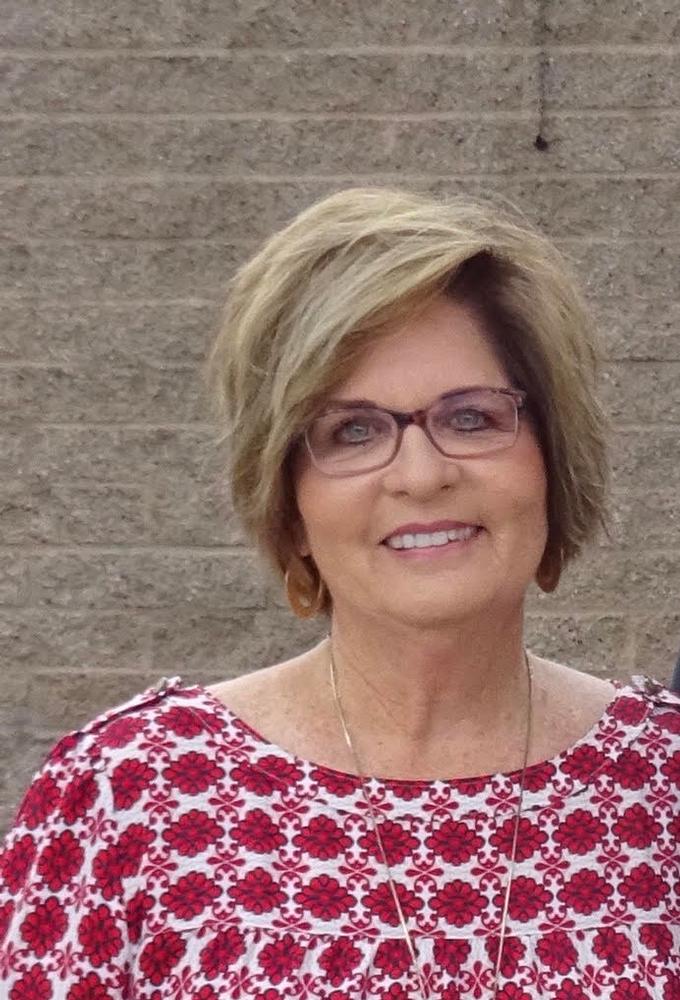 Linda Takacs was nominated by her superintendent, Jim Coombs.

Lighthouses were built to guide and protect. They were the huge, lighted landmarks that showed sailors where they were. They were also the giant flashlights on the shoreline that warned sailors of jagged rocks and shallow waters.  When you walk into Mrs. Takacs’ office, you will see pictures and sculptures of lighthouses. She loves the ocean and she especially loves lighthouses. What's ironic is that she, herself, is Rancho’s lighthouse. She is that beacon of light that exposes the dangers and shows the way. Her vision and tenacity has created a passion for success that has changed the lives of thousands of students for over forty -three years.

Mrs. Takacs was a lighthouse of creativity and passion for her students years ago when she taught high school and junior high school elsewhere. When she came to Rancho, she brought that love and zeal for student success with her. Mrs. Takacs taught ELA, writing, and drama. She was the ASB advisor, ran the school newspaper, and published a writing journal. Handwritten letters were mailed praising students and their successes in junior high school.

As an administrator, Mrs. Takacs’ passion for student success continued to burn brightly, and over those years as an assistant principal at Rancho, she created countless programs. She is the creator of the REACH Program. REACH is an acronym she created that stands for Responsibility, Effort, Attitude, Character, Honor. She also organized REACH Circle, a mentoring program designed to pair teachers and staff with at risk students. Students and staff meet monthly as a social and service group. Mrs. Takacs also created and orchestrated the quarterly REACH Assemblies, which are jubilant celebrations that recognize all levels of student success. Rancho Starbuck’s hallways are decorated with dozens of banners displaying inspirational quotes encouraging students to believe in themselves and succeed. These banners were her idea.

In the early 2000’s, as the principal of El Portal Elementary School, her energy and enthusiasm for students and staff was palpable. The staff were thankful for her guidance and encouragement as they unwrapped the brand new California State Standards. Mrs. Takacs provided excellent professional development through the Orange County Department of Education and their “coach”. As teams, the staff met, broke apart the standards, and adapted curriculum to teach and master those standards.

Mrs. Takacs recognized the need to create an intervention/enrichment program titled SKILLS. The grade level teams created safety nets for students who were struggling and academic enrichment for those students who could achieve more. Mrs. Takacs produced two student productions for the GATE students. These plays engaged all elementary Gate students throughout the district. These productions became community events, with parents and grandparents making costumes, designing and painting sets, and building props.

When Mrs. Takacs returned to Rancho as a principal, she recognized the need for immediate intervention to guarantee student success. After a year of brainstorming, team planning, and school visitations, Rancho’s award winning FLEX Program was created, which has received the California School Boards Association Golden Bell Award.  Mrs. Takacs created Academic Intervention Classes, which gave students a chance to retrieve failing grades by offering after school classes to review and master the standards that were covered in the previous quarter. Long before the Common Core standards were adopted, Mrs. Takacs provided numerous professional development opportunities for the staff to unwrap these new standards and discover ways to teach and master them. She spent countless hours meeting with Math, ELA, History, and Science teams to help recreate curriculum to meet the rigor and expectations of the Common Core. She meets every year with all students to review their SBAC/CAASPP scores and help them set personal improvement goals.

Mrs. Takacs is an encourager and a cheerleader for each student she meets.  She is passionate about every student believing in themselves and their own worth. At the end of the year, she helps direct the Rancho Starbuck graduation ceremony, an extraordinary event where every graduate has a speaking part in a choral presentation written and directed by her. The entire graduating class (400+) memorizes a 25 minute choral recitation that is made up of inspirational quotes from our country's most influential leaders and focuses on the key aspects of the REACH program. As Mrs. Takacs puts it, it's "the students’ gift to their parents.’’ It's a beautiful thing to see and is something to behold; a beacon of light for all to see.

Under her vision and guidance, Rancho has secured three very prestigious awards. Rancho was named a California Distinguished School in 2013, a California Gold Ribbon School in 2015, and most recently, a California and National School To Watch 2016/2017 & 2019/2020. In the 2018-2019 school year, Mrs. Takacs was the visionary and driving force that assembled a team of teachers and created Rancho Starbuck’s Pre-AP/IB Academy and Conservatory of Fine Arts. She attended every meeting and student check in, and she kept the program on track with her clear vision. She also co-wrote and produced an all-district patriotic production of Faces of Freedom which involved Drama, Orchestra, and Choir with hundreds of students (3rd-8th grade) throughout the district.  Mrs.Takacs seamlessly handles the small details that others never see and the huge obstacles that others never have to worry about. She is always there.

"A poet once wrote, 'If you open your eyes very wide and look around you carefully, you will see a lighthouse which will lead you to the right path! Just watch around you carefully.' We have that lighthouse in our midst. It is Mrs. Takacs," said Coombs. "She protects us from potential jagged rocks and shallow waters, and she shines her light on our pathway to success. If you open your eyes wide and look around this school carefully, you will see her touch everywhere. The character and success of El Portal Elementary, Rancho Starbuck Intermediate, and the entire Lowell Joint School District is due to the vision and tireless effort of our own lighthouse. We are honored to serve with such a dynamic woman; a lighthouse for us all."

For nearly 40 years Linda Takacs has been changing the lives of young people for good. It is her passion! She has never been satisfied with 'status quo' on any level. Linda is constantly searching for innovative ways to encourage, motivate and recognize each student. She has been the driving force in bringing a plethora of award winning programs to our Rancho-Starbuck Intermediate School. Because of Linda's strong leadership as our principal and the efforts of our students, staff and parents we have become a California Distinguished School, a National Forum Schools to Watch, received a Title One Academic Achievement Award, have become a California Gold Ribbon School, received a California Business Award for Education Excellence, and received three prestigious California School Board's Golden Bell Awards. Linda is highly respected by our students, parents and staff. She lives by the principles she teaches .Linda is a woman of integrity. She inspires those around her by seeking the best in everyone. Linda expects much from those who surround her, for she sees their endless potential. Our Rancho-Starbuck students stand firmly upon the rock of our traditions of excellence guided by the steady, loving hand of Linda Takacs. Congratulations Dear Linda! You are so deserving of this 'Life Changer' Award!

I have always admired Linda, her leadership and work ethic are unmatched. Teachers and students both respect and love her. She has had to make very difficult decisions and always made the correct one for the school. Rancho-Starbuck is a first class junior high due to her leadership and vision to educate the whole child, in academics and the arts. I am pleased to endorse her for this nomination.

I can not think of an educator that is more deserving of this award! Linda has poured her heart and soul into Rancho-Starbuck Intermediate School and the whole Lowell Joint School District for the past 30+ years! She started as a teacher teaching English, Journalism, Drama and ASB. Then she moved into administration and was principal at one of our elementary schools and is currently the principal at the junior high. I have never seen a leader care more about the success of the school, students and staff. From baking a Thanksgiving breakfast for the whole staff to show her appreciation to leading the staff in endless hours of research to develop an intervention and enrichment program to benefit all students. Linda is the type of leader that will never ask her staff to do something she is not willing to do herself. She is the model of hard work and passion and her work inspires all of us to be better. She truly leads by example in every area and our school and district is better because of her. Almost every program on Rancho's campus is a direct result of her inspiration, vision and hard work. I have never seen anyone leave such an impact on a school and it is an honor to work with her! She is truly deserving and is definitely a life changer!