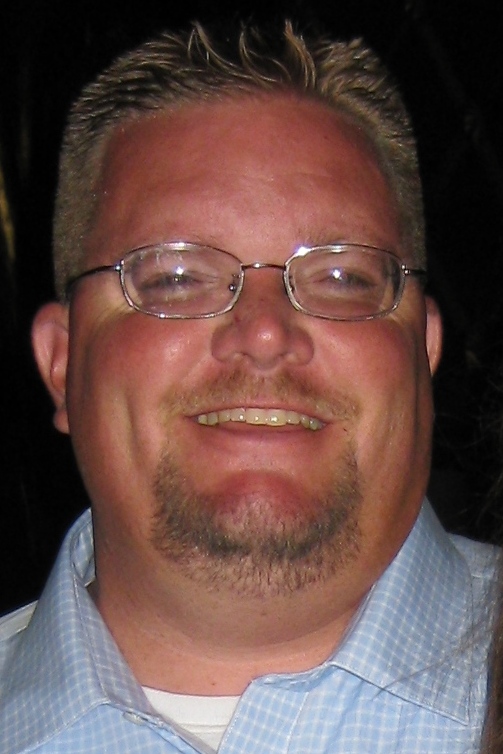 Kevin Crosby was nominated by Darlyn Baker, a family member.

Mr. Crosby has been a special education teacher for 19 years. During that time, he has used his creativity to become a highly effective teacher while working with the most difficult students in the Kern High School District. He created an award-winning solar education club while working at Independence High School. He taught his special-needs students to peer tutor other students about solar energy, and they won two California state titles from the National Energy Education Development Project (NEED). Mr. Crosby’s solar education project also won the President’s Environmental Youth Award from President Barack Obama in 2011.

Mr. Crosby also created another award-winning project by creating a coffee shop on the Independence High School campus that taught vocational, communication, and social skills to his students with autism. His student-led coffee shop project was honored with the 2013 Freedoms Foundation at Valley Forge’s Leavey Award for Excellence in Private Enterprise Education. He has also written and received classroom grants for over $88,000 to help fund his creative, hands-on teaching activities.

Mr. Crosby has served as an administrative designee for both the Kern County Superintendent of Schools Office and for the Kern High School District. He has also served as a Board Member on the CSUB Alumni Association’s Board of Directors. Additionally, he participated in the WASC credentialing process for CSUB, where he testified to the quality education he received while attending CSUB. Mr. Crosby has served as an instructor for the ProACT conflict resolution program his district uses to communicate and handle students in crisis. Recently, DonorsChoose has invited him to be a Teacher Advocate at his school.

Mr. Crosby has been recognized by several organizations for his teaching excellence. These awards include:

In short, a student placed in Mr. Crosby’s classroom benefits from his love of teaching. He demonstrates this love of teaching through his creative, hands-on activities, and effective development of environmental projects that help mainstream his special-needs students with their general education peers. He also demonstrates his love of teaching through his knowledge and expertise in behavior analysis and communication development, his effective teaching strategies for this specialized population, and his exceptionally child-centered science activities. This focus on the child has resulted in his success working with the most difficult of students in the Kern High School District.

Prior to becoming a teacher, Mr. Crosby served our nation for three years as an Airborne Paratrooper in the 82nd Airborne Division, and four years as an Infantryman in the California National Guard. As a soldier in the California National Guard, Mr. Crosby served in the Los Angeles Riots of 1992 helping to restore peace and order to the city of Los Angeles. In 1994, Mr. Crosby received the Military Outstanding Volunteer Service Medal for his volunteer work with the YMCA after-school program, for helping victims of the 1992 Northridge earthquake, and for delivering presents to the children of inmates at Lerdo Prison in Shafter, California. In 1998, he received the Army Commendation Medal for helping to save a fellow paratrooper’s life while attending the Army’s Jungle Warfare School at Fort Sherman, Panama.