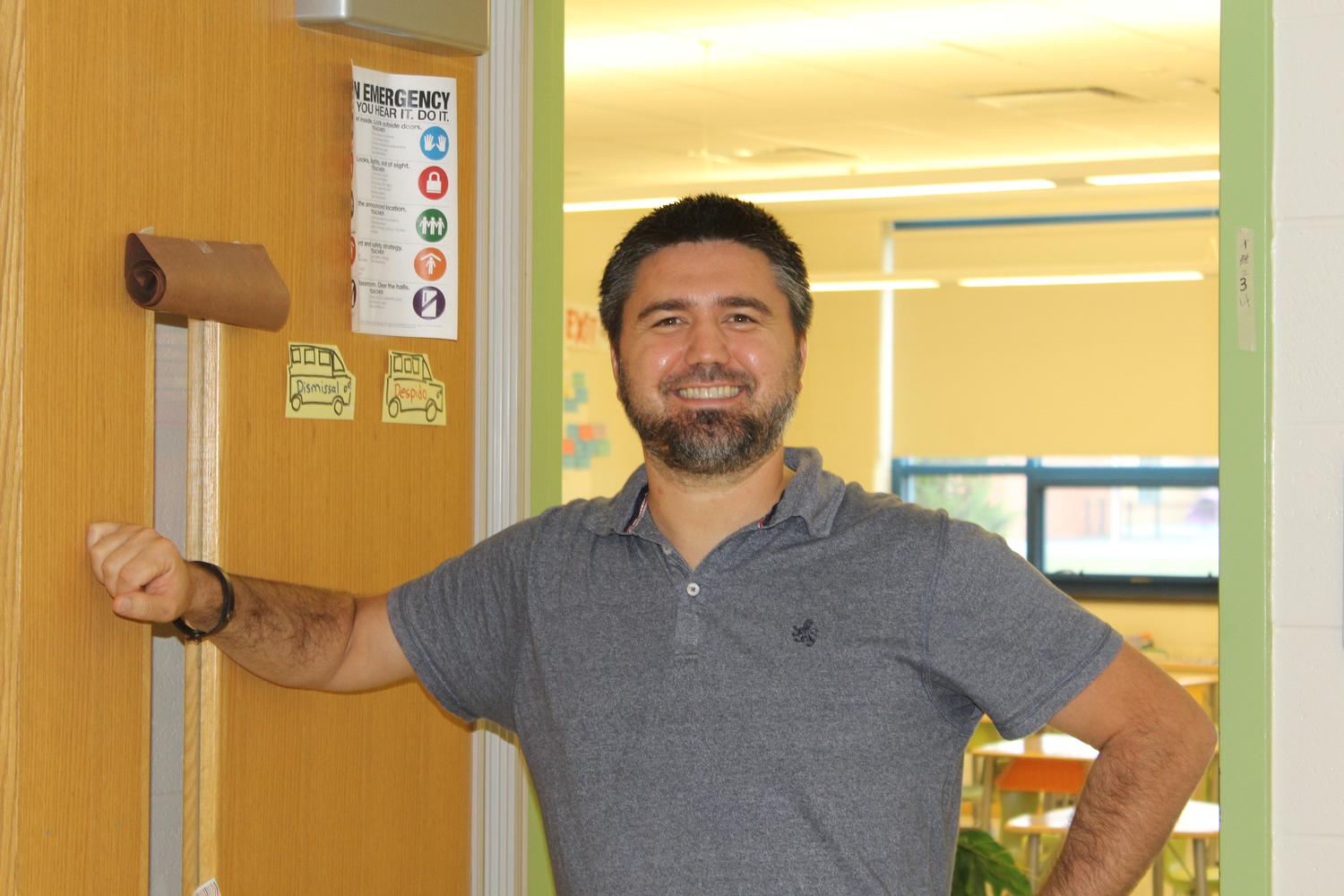 Joel Howard was nominated by his assistant principal, Reina Hernandez.

People often say, "be the change you seek to see in the world." In many cases, that's all it is - a saying. One person who is a true depiction of the change we need to see in this world is Mr. Howard. He is a change agent for students, parents, teachers, staff, and community members within Bridgeton Public Schools, particularly at Quarter Mile Lane School.

Mr. Howard has been working for Quarter Mile Lane School for over five years. He began as an ESL/Bilingual teacher and currently serves as a second grade Bilingual teacher. He is honest and kind, and he goes above and beyond what is expected of him as a school teacher in order to provide his students with "out of the box" learning opportunities. Mr. Howard allows students to become owners of their learning. He is capable of this by turning his classroom into a real world stage for students. Students are encouraged to explore and learn from their own mistakes. Students are able to create rules for acceptable behavior and learn from one another. This goes beyond core subject learning since it's applied to real-world learning concepts. Mr. Howard encourages students to share their cultural experiences and is able to infuse student life experiences into the learning process.

"As a new school leader, I integrated a school-based mentoring program for students in grades 4-8 for the 2019-2020 school year," said Hernandez. "The students selected for this program were experiencing certain behavior and academic concerns. Mr. Howard was the first staff member to volunteer to serve as a mentor. He did not demand to work with a particular student during a particular time. He simply stated, 'Let me know how I can be of assistance.'"

Mr. Howard is constantly assisting others with students' needs and academic concerns. Mr. Howard has collected data that is crucial in the services provided to students. He is organized and understands that students need teachers and staff members who can serve as their advocates. He has conducted several home visits on behalf of other staff members. Mr. Howard translates for parents, students, and colleagues in order to ensure students and parents understand the school expectations and students' rights. He is not afraid to speak up for students and their parents. He understand that many of the parents need a helping hand, do not understand the educational system, and are in need of someone who understands their frustration.

Mr. Howard supports all school initiatives. At times, he is the first to offer assistance. He loves to teach. He always welcomes his students with a smile and a statement of gratitude. Mr. Howard teaches students how to be respectful and polite, not just to him, but to others, as well. His students enjoy coming to class and look forward to participating in the learning process. Walking into Mr. Howard's second grade classroom is like stepping into a science lab because students are exploring and exchanging ideas. Students are excited and willing to share their learning. They are proud to be part of the school, and they share their ideas with others. Mr. Howard allows students to explore and be active members within the classroom and throughout the school. He is not afraid to try a new learning strategy, such as when he allowed his students to record themselves serving as peer tutors in the class last year.

The Quarter Mile Lane School staff respects and appreciates Mr. Howard's knowledge and ability to collaborate with others. He is a life-changing agent whose opinions and ideas are valued. As the son of a former teacher, he fully understands what it means to empower all students. He understand the need of those who struggle with learning a new culture and language, since he experienced it firsthand as a second language learner himself. His love for those who migrate to this country is evident when he speaks of the struggles many immigrant children experience in our educational system and in their native country.

"Mr. Howard is more than a LifeChanger. He is a living example of an effective teacher," said Hernandez. "He is the change we seek and have found among us. He is a motivator and a role model. We are fortunate that he is part of our Quarter Mile Lane family."