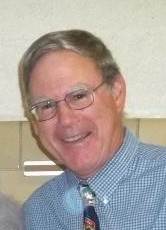 John Alexander was nominated by a colleague who wishes to remain anonymous.

Fries School in Grayson County, VA is in an economically depressed, rural area that has, for generations, relied on the land and factories. In recent years, with factories closing and families scrambling to make a living, the school system has been working hard with far fewer resources than its more densely populated counterparts. Even young children understand how hard life can be, and to some, there is no better, brighter, or safer place than Fries School under the care of Mr. Alexander.

A military veteran, a broom-maker, and an educational jack-of-all-trades, Mr. Alexander has been called "the best thing that has ever happened to Fries School." He is a highly intelligent man unrivaled in his caring for students. Since becoming principal last year, he has continually sought to involve the community in his school, give students a sense of belonging and pride, and to "Unleash the Power of Learning," which is the school's new motto.

Mr. Alexander is almost always the first person to walk into school and the last person to leave. He rarely stays in the office. Instead, he is frequently in the classrooms, helping students with work, touching base with teachers, correcting student behaviors that would otherwise become disruptive, and praising students for positive behavior and hard work. Students love to see him enter a classroom and feel comfortable asking him for help, guidance, or suggesting a new way to improve the school.

The school has become a warm, welcoming place, with "no excuses" and an emphasis on personal responsibility, respect, and safety. Students want to do well and earn Mr. Alexander's approval. Suspensions are nearly non-existent. Instead, students spend a day with Mr. Alexander, working hard and making the rounds, learning appropriate behavior and ways of managing their emotions as they go. Students who previously would shut down or become belligerent begin to control their actions, open up, and smile.

Mr. Alexander has championed the cause of making the school a more inviting place for students. Teachers are reminded to treat each child with respect, greet them with a smile, and set expectations high. Student and community volunteers have worked with Mr. Alexander to beautify the school with art and community service projects. The students work toward enrichment activities and rewards, including free ice cream, club activities, footraces, attendance parties, guest speakers/performances, and grant-awarded field trips.

"Mr. Alexander supports his staff and students alike," the nominator said. "He directs and redirects with patience, compassion, and strength, instilling in the whole town a sense of pride, community, and hope. To the families, students, and staff of Fries, Virginia, there is no question that Mr. John Alexander is indeed a LifeChanger."

cora lee testerman Posted over a year ago

I am sure Mr. alexander nomination for life changer is a very deserving . Having known him for several years he is a well deserving person.