LifeChanger of the Year Nominee Profile 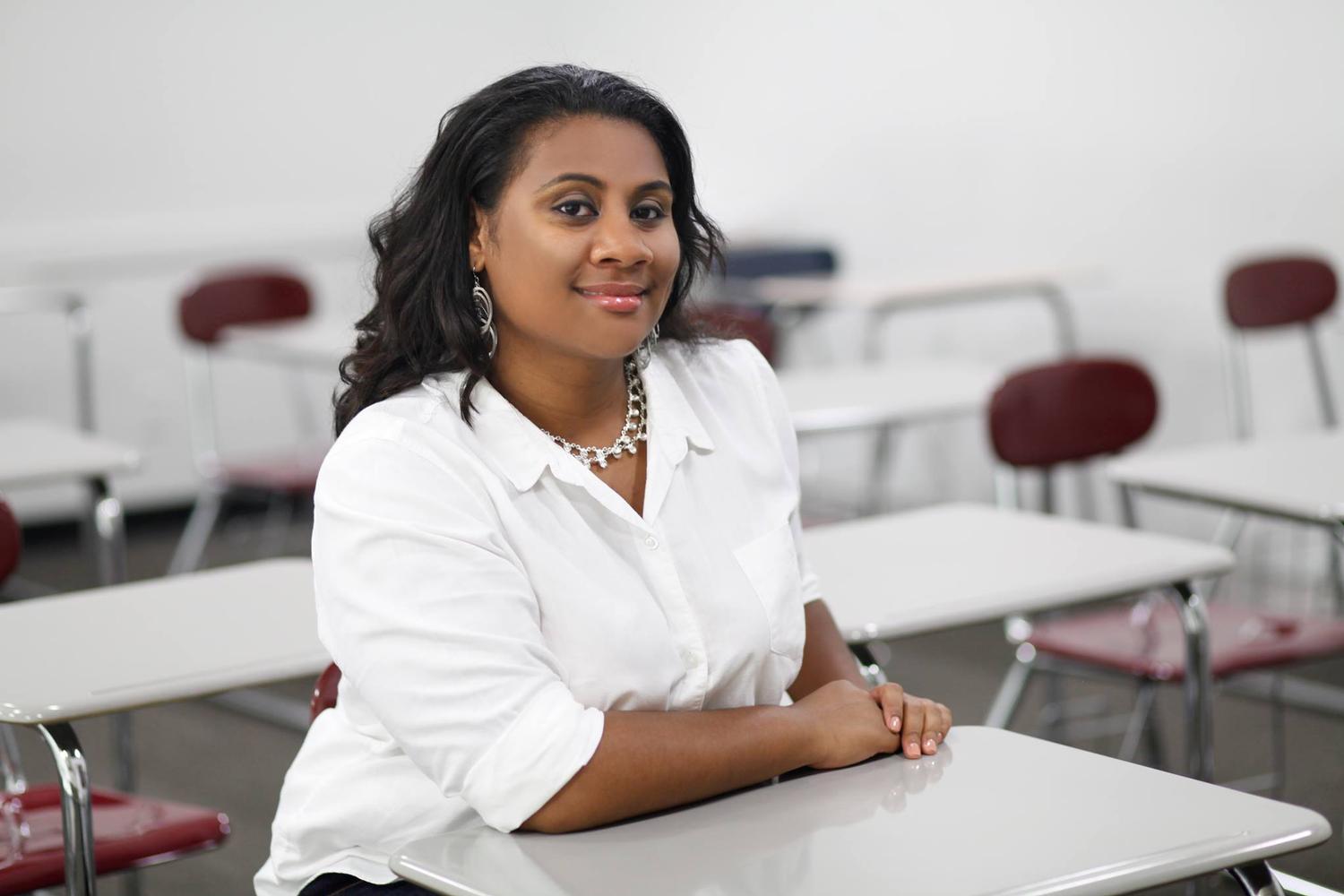 Estella Owoimaha-Church was nominated by Gloria Ramos, the parent of a recent Cougar Theatre alumni and International Honor Thespian.

Ramos noticed how her son, a member of the class of 2016, grew leaps and bounds while in the Cougar Theatre program and continues to excel to this day.

“I am honored to have an opportunity to nominate such a wonderful teacher,” Ramos said.

Many people view art as a luxury as opposed to a necessity, so to have a teacher such as Mrs. Church, who fights hard to keep Cougar Theatre active in the neighborhood, is astonishing. Cougar Theatre was the second home to Ms. Ramos’ son during high school. He learned so much from the organization; responsibility, showmanship, empathy, compassion and respect. He had peers that relied on him and who he relied on, too. They learned to work as a team and as a family. Ms. Ramos' son learned the process of piecing a production together, from the front of the house to backstage. Most importantly, Cougar Theatre helped him feel included in the high school experience - something he did not always feel.

“My son is such an amazing, young man,” Ramos said. “I am proud of who he has become and who he stands to become. He found a place to belong.”

In Cougar Theatre, he was ‘normal’ and a contributing member as a performer, leader, director, technician, and designer. He learned to be himself - his whole self - because he was accepted as such. With the support of other theater department parents and people like Mrs. Church, Ms. Ramos believes that Cougar Theatre has been essential in the growth of her son into adulthood.

Ms. Ramos’ son was diagnosed with autism at a very young age, and it has presented some challenges over the years, to say the least. He has struggled with social cues and building relationships. This includes having a sense of belonging, sharing his feelings with others, and displaying outward, physical emotions. At the beginning of his senior year, he expressed that he wanted to feel normal. He wanted to feel like a normal senior and apply to college. During this process, Mrs. Church was there to assist with completing college applications, as well as scholarship recommendations. He was accepted into more than one four-year institution! On Christmas of his senior year, he said that he wanted a hug, the biggest and best hug, a hug that would “break his back.” Ms. Ramos stated that in the nearly eighteen years of her son's life, he rarely wanted to be hugged.

Mrs. Church instills the core values of the Cougar Theater (CT) in her students: academic excellence, artistic exploration, and service learning. It is these ideals that allow the program to flourish. It's these ideals, as well as the rules of the ensemble, that allow CT to be a safe space for all kids who need one. CT offers students a chance to be involved with ComedySportz High School League and International Thespian Society Troupe, field and work-based travel opportunities, internships, job shadowing, service projects, and workshops. The course sequence includes Introduction to Theatre (9th), Advanced Drama (10th), Stage Craft (11th), and Professional Drama Production (12th). All classes are aimed to give students quality, well-rounded training in theater arts. Mrs. Church’s classes, along with other bonding exercises such as restorative circles for conflict resolution and ensemble building games, are designed to create a healthy, creative relationship among all students. She asserts creative freedom and encourages the exploration of all facets of theater arts, including performance, technology, design, publicity, marketing, and so much more. Over 40 students per production work together to make magic happen with the guidance of Mrs. Church. All students are encouraged to participate in the two annual main stage productions, two yearly state competitions, and everything in between. Mrs. Church is the inspirational force that drives Cougar Theatre and the students towards success. Her outstanding efforts have created special camaraderie between herself, her students, and parents all around.

She and her program have also been the recipients of many accolades, including:

Chloe Posted over a year ago

she's the best director ever