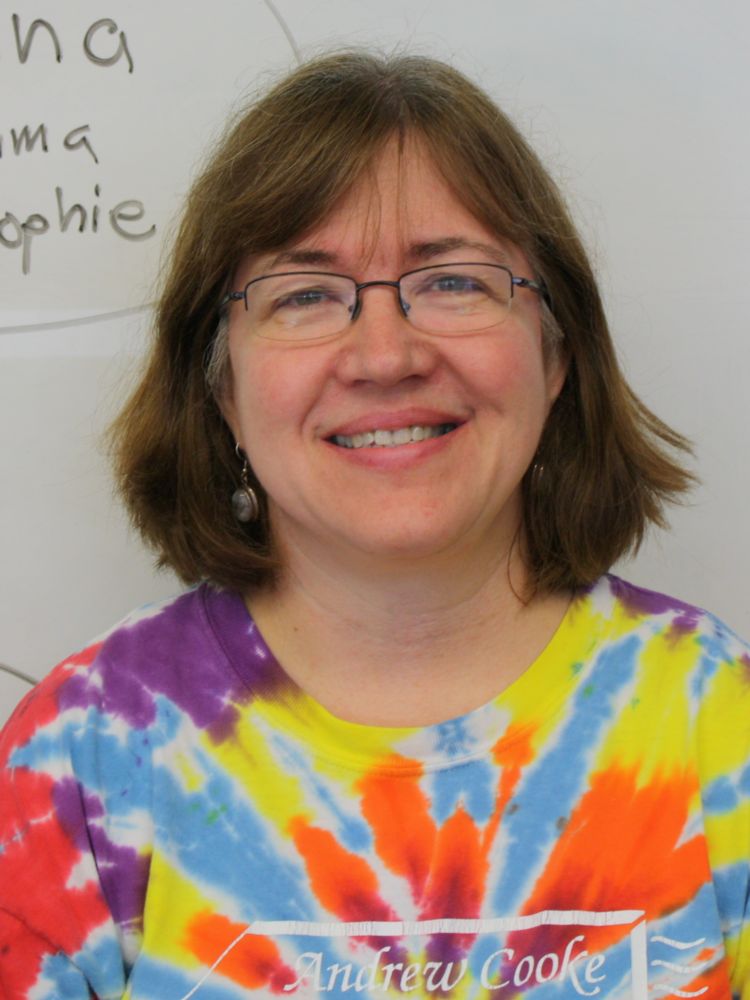 Why is Ms. Ahern a LifeChanger in her community? She is a creative and inspiring educator who makes magical things happen!

"I would describe Julie as a cross between Buddha and a prize winning fighter," said her nominator. "She is calm and soft spoken but has the dogged tenacity of a seasoned athlete who is determined to go the distance for her students and her school."

Armed with a velvet lined sense of urgency and drive, Ms. Ahern skillfully directs her students, year after year, towards opportunities of tremendous growth and success. At the same time, she hungrily searches for ways to supplement her district’s very limited budget and educational resources by winning multiple grants and contests for her school and students, while encouraging her peers to do the same.

"I first met Julie Ahern when my oldest son was in her second grade classroom," her nominator explained. "He was a shy and contemplative soul who tended to blend in with the wallpaper. Julie, a talented artist in her right, immediately noticed that he was quite a good drawer. She approached us about him entering a national art contest. She put no pressure on him but cleverly suggested that there was no harm in entering a contest. My son, who says “no” to everything, decided to give it a go."

It's not hard to figure out what happened next. Her nominator's son won the national contest, not once, but twice, and the entire school was treated to two unforgettable authors’ visits. These visits were so celebrated beyond the confines of the school that they brought a much needed sense of pride to the entire city.

"What a wonderful message: children in Waukegan can be first place winners too," said the nominator. "My son never would have entered, nor would he ever have won any of these national contests, had it not been for Julie Ahern. She seamlessly orchestrates magical moments and continues to inspire each new group of students before her to take risks and to dream big!"

Waukegan is a town rich in history, but extremely limited in its financial resources. Ms. Ahern fundamentally understands that finding ways to supplement her classroom is critical to bridging the ever widening gap between different socioeconomic communities. Ms. Ahern has won a myriad of grants and contests, raising not only much needed money for her school, but also cutting edge resources for her classroom. She was the first at her school to bring in iPads and 3-D printers so that her students could see firsthand the latest technology. She not only understands how important creativity and problem solving are to the future success of her students, but how invaluable technological literacy is.

Ms. Ahern knows that the only way Waukegan students can compete on the future global stage is through familiarity with cyberspace and current technology. Her tremendous success securing educational grants and winning contests has inspired her peers to do the same. Several of her peers have started entering contests and have found success as well. Through Ms. Ahern's leading example, Cooke Magnet teachers have been able to supplement their classrooms and the antiquated school building itself with greatly needed educational tools and improvements.

Cretia Rasul Posted over a year ago

I am extremely proud to know Julie. I have had the honor of working with her this year, as her Assistant Principal. I love her passion for her classroom and care she shows for her students. She works with students with a plethora of needs and personal issues and shows each of them personal attention. Julie looks out for the entire school and has recently received funding for the entire school to have access to Flocabulary next school year. She also actively acquires donations that help our students and their families. What a wonderful human being she is! My favorite quote is: Service is the rent you pay for your space on earth." by Shirley Chisholm. Julie Ahern has paid her rent and so much more!

Veronica P Posted over a year ago

I’ve worked with Julie for 19 years now. We started out on the same team teaching both 3rd and 2nd grade for many years. We’ve been on separate teams for quite some time now, but she is still very much a part of my daily routine. Julie is always popping her head in my room to share ideas and materials on new things she’s found to try in her room. I love that she thinks of my students as well as hers when she finds or comes up with these new great ideas. Julie has done so much for our building over the years. She has gone above and beyond to get the students books and materials they need as well as quite a few extras that businesses are donating. And that is for the entire school. Once again, that’s Julie not just thinking of her own students. She has much love for all students. I’m glad to have gotten the chance to work with such a great teacher and teammate.

Kathleen Dudley Posted over a year ago

I have known Julie for 26 years. We have been fortunate to teach together for all of those years. I have a great deal of respect for her. Julie always puts her students first, and she helps them discover a joy of learning, encouraging them to become the best they can be. I am pleased to recommend her for this award. She deserves it.