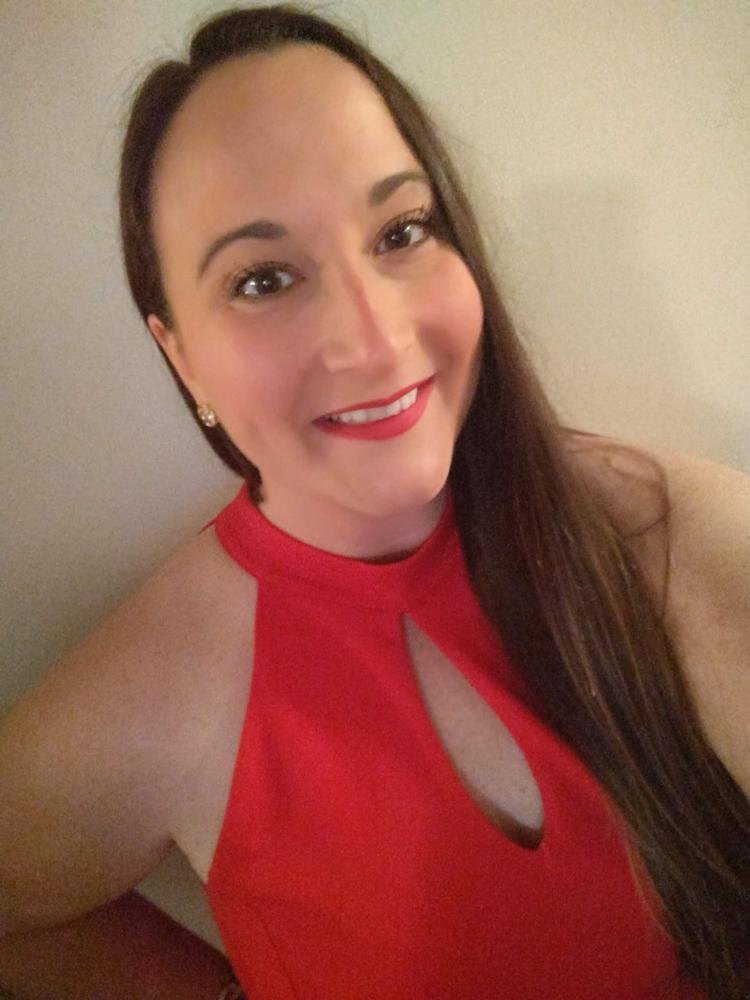 Megan Sommers was nominated by her friend, Kanoe Patterson.

"When I think of a champion for education, I think of Megan Sommers," said Patterson. "Megan is passionate about teaching and helping children grow and learn."

Ms. Sommers truly loves every second she is in the classroom teaching her students. She not only teaches students about language, but compassion and a thirst for knowledge. She often quotes Nelson Mandela in saying “Education is the most powerful weapon you can use to change the world." Ms. Sommers feels that to her core and fosters that love of learning in her students.

Ms. Sommers works at multiple schools in PPS and has done advocacy work for education at the local, state, and federal levels. While in Fairfax County Public Schools (FCPS), she attended the Virginia Center Excellence in Teaching (VCET) at George Mason University (GMU), where she spent her summer dissecting data from the entire state of VA of English Language Learners (ELLs) and worked to map out areas of weakness so that all teachers could better assess the needs of their students and teach more effectively the following year.

While attending VCET, she had the chance to speak to Senator Tim Kaine about the importance of the DREAM Act and ESL education in the schools, and she was later consulted on some language in the DREAM Act as well. She has written countywide curriculum for ESL in FCPS and was a part of the field test group of National Board for Professional Teaching Standards (NBPTS) for ESL teachers.

After she left FCPS and moved back to Pittsburgh, she immediately immersed herself in education and youth work again.  Ms. Sommers was the Academic Director at Steel City Squash (SCS). SCS is an academic and athletic program that provides life-changing opportunities through education, mentoring, travel, community service and the sport of squash.

At SCS, Ms. Sommers wrote grants to ensure students had equal access to technology for after school work, revamped the academic sessions, and rewrote the summer school curriculum so that it included math remediation for grades 4 - 9 and a comprehensive literature session with culturally responsible and relevant novels for the students to read.  She also set up educational field trips across the US and Canada to coincide with the Squash trips and current events. Additionally, she planned college and university visits with an emphasis on showcasing Historically Black Colleges and Universities (HBCUs).

Ms. Sommers has always had a special place in her heart for mentoring and was a 2019 MENTOR National Fellow.  At the MENTOR National Summit in Washington, D.C., she participated in Capitol Hill Day, where she had Congressional appointments with Senator Pat Toomey, Senator Bob Casey and Representative Conor Lamb.  She spoke to them and their staffers about the importance of mentoring and Title III and urged them to co-sign on OJJDP bills that would mandate that mentoring and education receive more national funding. After all, she believes mentoring is the difference between surviving and thriving!  MENTOR also honored her during Women's History Month as an influential woman making progress in the mentoring world. She was truly humbled and honored to be included alongside strong women like Oprah Winfrey, Michelle Obama, Sally Ride, Representative Ayanna Pressley, and Sonia Sotomayor.

In the classroom, Ms. Sommers is a fierce advocate for her students and their families to receive the best educational and services they need.  She is often at IEP meetings, setting up meetings with general education teachers to help them with strategies for their ELLs, or at fairs for new teachers in PPS to answer questions about ESL and what it looks like in the District.

Ms. Sommers wants to continue to teach ESL in her classrooms in different schools across PPS.  By not teaching in an ESL-centered school, she has an opportunity to expand the general education students’ experiences through interactions with non-native English speakers.  By having students learn alongside ELLs, they're not only experiencing a little piece of the world outside of Pittsburgh in their schools, but they can foster truly authentic and enriching friendships with students from other countries or with refugee status.  Just knowing there's a world outside of Pittsburgh where there are children their age might spark an interest and wonder in those students as well.

Ms. Sommers is truly looking forward to continuing to support the ELLs in PPS. She is hopeful she will again get the chance to integrate ESL in all classrooms, advocate for her students, and make the community stronger by embracing and learning about each others' culture.

Jessica Posted over a year ago

It's not often that great educators are recognized, but I am so thankful that Megan has been! Megan is a fierce advocate for her students and families in a world where the political climate is not as welcoming as it should be to immigrant families. Megan is always working to make herself a better teacher and person for her students. She is inclusive in her works, too! She has been doing work with the LGBTQIA community and has been diving deep into understanding her whiteness and privilege; how it affects her teachings and interactions and how she can unpack and unlearn the system of white supremacy that's been taught for generations. I always love going back to school book shopping with Megan, she goes out of her way to make sure her students will recognize themselves in their books and in posters in the classroom. She understands how representations matters to children of color and is very aware of the print materials she has in her classroom.

Jason Posted over a year ago

Miss Sommers (aka 'Mom') is so nice! She always had the best books to read and her classroom was so comfortable. Her pillows and beanbags made reading more fun! I loved having her as my ESOL teacher. She bought me and my family dinner for Thanksgiving so we had something to celebrate. She always checked on me, my family and my grades even after I left middle school. She is so caring and still keeps in touch with me and my family.

Matt Posted over a year ago

Megan is incredibly passionate not only about her job, but each and every student she works with. She has dedicated her career to helping children who need it most; ones who come to America as a part of immigrant families and desperately need to be shown great attention, compassion and love so they can escape the cycle of poverty and achieve the American Dream. These students are at a high risk of not only remaining in poverty, but turning to a life of crime or being involved with gangs in order to feel accepted in their communities. Megan's passion for helping her students and their families learn, grown, and reach their potential is what lets them feel accepted, allows them to be a member of a positive community, and most importantly to feel loved. All of that is possible thanks to Megan's hard work with her ESL students at Pittsburgh Public Schools. Megan puts her all into her students, and they'll be the first ones to tell you so. On their behalf, I am honored to help Megan's nomination with Life Changer of the Year.