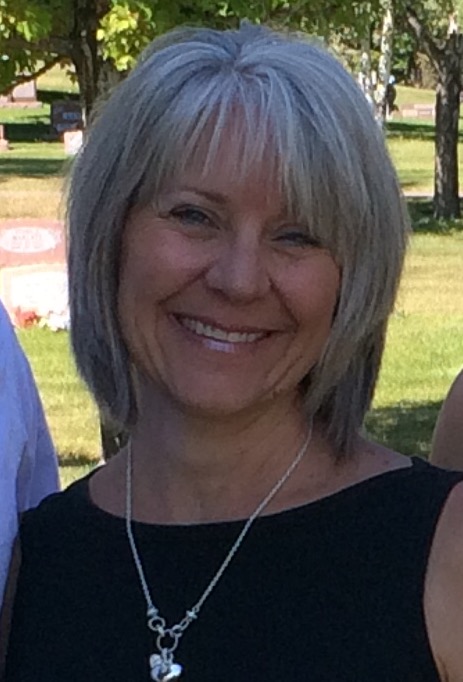 Janet Patton was nominated by her principal, Troy Braley.

Mr. Braley has known Ms. Patton for twelve and half years as his financial and principal secretary. She has been there from the initial beginnings of Brady Exploration School, and has been instrumental in implementing the elementary, middle and high school programs, starting the programs from nothing. She not only looks at problems through an administrator's eye, but from the students, teachers and parents’ perspectives.

When starting the school, Ms. Patton looked at all aspects of how a school impacts students, teachers, support staff and parents. She was a big part of the design, hiring, budgeting, developing policy, schedules, evaluations, and collaboration with outside agencies and payroll.

"When I ask Ms. Patton for assistance in supervising a dance or staying after school to develop a program, she does not hesitate and enthusiastically agrees," Braley said.

Ms. Patton has assisted in writing several state and federal grants. Most recently, she co-wrote and received a five year 21st Century grant totaling $750,000. Her vision in the grant was to give parents the opportunity to earn a diploma in order to go to college. Her responsibilities for the grant also include budgeting, hiring, and evaluating employees.

Ms. Patton is the most dedicated, committed, self-motivated, logical, hard-working person that Braley has ever met. Her attention to detail is unsurpassed, and people value her forethought in the planning stages of policies. She asks and gives scenarios of what might happen if a policy is implemented and its repercussions. Ms. Patton takes confidentiality extremely seriously and does not gossip. She knows what it takes to do her job and takes pride in not only doing it well, but perfecting it. She knows if students are homeless, when a teacher is feeling down, or when she needs to take charge of a situation. Ms. Patton can multitask and, more importantly, prioritize efficiently. She goes above and beyond the call of duty in order for her school to run effectively. She is very competent and skilled with any computer software used in the secretarial and budgeting world.

"It is no surprise to me that Ms. Patton's son graduated from the School of Mines with honors because of her marvelous intellectual abilities," Braley said. "She has an uncanny ability to analyze a problem and come up with a better solution than what was done before. The combination of her integrity, attention to detail and her intellectual curiosity is unmatched, and is why I value her so much as our financial secretary. She questions expenditures to determine if they are following policy, procedures for accuracy, and why reconciles are not working perfectly. Ms. Patton also manages several grants along with the school budget."

Ms. Patton collaborates with and leads the staff in positive, forward thinking, and is often Braley's first point of contact. She is inviting, warm, welcoming, and informative. She does not give out information unless she is 100% sure it is accurate and believes that her work can constantly be improved. Ms. Patton reflects on how her programs could be better to increase efficiency and effectiveness. She is a master administrative assistant who is skilled in all aspects of her profession.

Ms. Patton challenges the status quo and questions methods that do not align with a particular goal. She loves challenges and to be challenged. She has been instrumental in implementing a new school that will change the lives of thousands of students who otherwise would have dropped out of school.

"When we started the school, we had seven graduates who did not attend college. Last year, 165 students graduated, and 78% planned attending at least a 2 year community college," Braley said. "This would never have been done without her!"

Anita Madden Posted over a year ago

Congratulations to Janet Patton on her LifeChanger Nomination! It is great to see her honored & recognized! Janet's hard work, deep thinking, working with others and many other traits/abilities are awesome! After working with Janet and noticing her excellence all around for the last seven years, it is clear why she is nominated for LifeChanger of the Year!

ShiningEyes Archer Posted over a year ago

Scott Peth Posted over a year ago

Outstanding nominee. I've had the pleasure of working with Janet for many years and she is deserving of this honor.