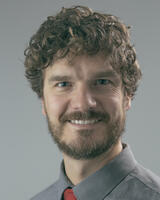 Chad Jackson was nominated by his colleague, Tanya Kirschman.

Mr. Jackson is one of only a few National Board Certified school counselors in Montana. This designation is only earned after a rigorous process, which includes the counselor demonstrating standards-based evidence of the positive effect they are having on student learning and achievement, ongoing reflection of their practices, and evaluation of data and content knowledge. Achieving this level of accomplishment is truly outstanding.

Mr. Jackson also applied for the ASCA (American School Counselor Association) RAMP (Recognized ASCA Model Program) process. This pursuit involves a data-informed counseling process in which his duties and skills will be elevated, yet again, to a higher standard as he works toward this distinction. Additionally, he recently completed the Teacher Leadership Institute, which is a comprehensive effort to recruit, prepare, activate, and support the next generation of education professionals. Mr. Jackson is always working toward improving himself professionally and making his comprehensive school program more efficient and effective.

As Ponderosa’s counselor, Mr. Jackson regularly visits classrooms to do core counseling curriculum lessons that focus on prevention: social skills, conflict resolution, emotional regulation, personal safety, career exploration, and enhancing students’ academic success. He also organizes and facilitates groups where students are offered a safe, supportive environment to build relationships with others in similar circumstances and learn coping skills together. His goal last year was to include every student in a small group before the end of the school year, and he was on track to do just that until the pandemic shut down in-building learning. Additionally, Mr. Jackson meets with students individually to address specific concerns.

Mr. Jackson has a passion for using innovative methods to support students. Most recently, he's using a pulse meter to help students recognize their own dysregulation. He has researched and developed a chart that correlates pulse rate to the Zones of Regulation. After acknowledging a student’s (elevated) heart rate, he leads them through a calming activity (mindfulness, breathing, etc.) and takes their heart rate again. This biofeedback method is incredibly beneficial for students to independently identify their dysregulation and develop their own coping skills. For students who have been victims of trauma, it is absolutely critical in helping them to re-establish their mind-body connection and move toward healing. Mr. Jackson keeps records of these student check-ins and strategies so that he can point out their successes along the way. Of course, he is also creating a caring, trusting relationship with students through this process, as well.

Mr. Jackson is on the playground each day during lunch recess with every grade level. He supports students in using their pro-social skills; guiding them in entering play, resolving conflicts, and managing emotions when overwhelmed in social situations. Incidences of reported bullying behavior have drastically decreased at Ponderosa Elementary in large part due to Mr. Jackson's preventative, proactive approach. His approach teaches students the necessary skills to navigate social situations, and he goes the extra mile to lead them through those processes in real-life situations. Additionally, Mr. Jackson has developed his own system of tabulating data about the kinds of recess conflicts and resolution strategies reported and applied by students. He uses this data to determine which students need extra practice and guidance so that they can be more successful during less-structured times, like recess. Then, he provides this instruction and continues to monitor their progress.

Mr. Jackson is also frequently stationed at the front office in the morning, greeting students and problem-solving with those who are chronically tardy. They know he cares about them and is eager to provide the support they need to improve their attendance. As we all know, increased attendance leads to increased success!

Not many people outside of Ponderosa Elementary know this, but Mr. Jackson plans and presents a science show to his entire student body every year. He incorporates character education and other counseling-related concepts and skills into the experiments he performs. His students are captivated and entertained by it, and they look forward to it each year. This activity is above and beyond the responsibilities of a school counselor and further demonstrates the time and effort he puts into building relationships and making social-emotional learning relevant and fun.

"I was recently at Ponderosa Elementary to receive guidance from Chad in pursuing my own RAMP application," said Kirschman. "His principal, Clay Herron, came in to share with me the successes that Ponderosa has experienced due to Chad's insightful interventions and commitment to doing what's best for kids. He thought back to only a few years ago, when he often had so many students in detention that he ran out of places to put them. Look at their numbers: 158 detentions and suspensions in 2016-2017, 61 in 2017-2018 and 33 in 2018-2019. Chad is a guiding force in their safe, supportive school culture."

In 2017, Mr. Jackson pioneered the Watch D.O.G.S. (Dads of Great Students) program at Ponderosa. This program is one of the largest and most respected school-based, family, and community engagement organizations in the country. Fathers and father-figures make a positive impact on children by volunteering at Ponderosa throughout the year. Research confirms that parent engagement at school creates a positive learning environment and increases the odds that their child/ren will be successful in school and in life endeavors.

"As a colleague, Chad gives sound, professional consultation," said Kirschman. "He is thoughtful in weighing all sides of a situation and adheres to the American School Counselor Association code of ethics in addressing the often complex and heart-wrenching issues that play out in elementary schools today. I am incredibly thankful to have Chad’s support and guidance as a professional school counselor, and I know our other twenty elementary school counselors in Billings Public Schools would agree!"

"Chad’s effort and enthusiasm for his profession often go unnoticed by the larger community, in part due to his humble nature," said Kirschman. "It has taken me several years to understand the enormity of everything Chad does, as he will only casually mention the special efforts he makes within his school. He should be shouting from the rooftops about the success his students have experienced because of his intervention and support! Unfortunately he is not, so I will for him."