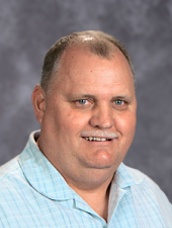 Steve Wheeler was nominated by his superintendent, Connie Altier.

Mr. Wheeler has always had a passion for teaching and working with students to help them reach their goals and become whatever they wanted to be in life. Over the past 30+ years in his career as a teacher, he has spent countless hours tutoring students on his own time, both before and after school, so that they could graduate high school or move on to the next grade. Mr. Wheeler has never accepted payment for this act of kindness. Payment for him is the satisfaction that these young people can move on and begin the journey of life.

Mr. Wheeler started working with students even before he became a teacher. He and his brother, Jim, along with another partner, started an organization called Lancaster Field Studies (LFS). Mr. Wheeler volunteered his time as a tour guide and was responsible for the health and safety of approximately 20-24 participants in this group.  Most of the participants in this group were students that just finished their freshman year at Stanbury Junior High in Lancaster, Ohio. The trip would last approximately 3 weeks. The group would explore, hike, camp, and mix education with fun.  These trips were the ultimate reason Mr. Wheeler decided to become a teacher, so that he could spend his career helping, teaching, and providing leadership to students.

Mr. Wheeler's favorite hobby has always been riding dirt bikes, which he has done from a very young age.  He would compete in Enduro races, hare scrambles, and Dual Sports.  He is a member of the American Motorcyclist Association, District 11, and the New Straitsville Enduro Riders Association (NSER). Mr. Wheeler has acted in the capacity of President for the NSER motorcycle club for approximately 20 years.  He has since retired from competing, but is active in promoting and laying out Euduro races. He was instrumental in organizing these events, which were held in the areas of New Straitsville, Shawnee, Hemlock, and Corning. Mr. Wheeler would seek out local community groups and school groups to set up concession stands that supported their interests. He made sure that some of the profits from the racing event were given back to local volunteer fire departments and the New Straitsville community. He has volunteered his time writing articles for the District 11 newsletters and other dirt bike magazines regarding the local events, which included many participants from the school or local community.

Mr. Wheeler goes above and beyond in his daily job, often working 12 hour days to get a project done the right way. He has led new initiatives at the center.  including the Future Fair and Employment Extravaganza. Both of these events are all about getting students employed. Mr. Wheeler is not afraid to call on business friends to be mentors or hire students. He went above and beyond for a past graduate that did not pass his state exam. Mr. Wheeler worked with him for over a year, tutoring and encouraging him to retake the test. When the student did pass the test, Mr. Wheeler worked with his home school and parents to organize a special graduation just for him. It was life-changing for this student. This student is now a welder and a productive individual. This is just one of many ways that Mr. Wheeler has helped students over the past 30+ years.

Mr. Wheeler serves on the Athens-Meigs Education Service Center Board, and has previously served on the Old Straitsville Water Association. He always represents his community in a professional manner, and he's proud of the community and school district he is from.  He comes from a family of professionals and entrepreneurs. Mr. Wheeler was raised with dignity and manners, and he continues to live by these traits throughout his daily life.

"Steve is a true professional who spends most of his time trying to make a difference in the lives of others," said Altier.