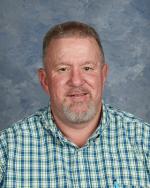 Todd Sasser was nominated by his friend, James Britt.

Mr. Sasser, also known as "Mr. Todd," is an outstanding man and educator who has, and is, making a difference in the lives of his students and in his community. Former students think so much of him that they often come back after graduating just to visit Mr. Todd and check in with their mentor. The school utilizes his expertise to take care of many jobs and repairs around the school and in the town itself.

Due to his organization and ability to get jobs done, he and his "Ag boys" are responsible for decorating the town for the annual Christmas celebrations, as well as the highly-anticipated yearly Christmas parade. Then, when all of the celebrations are over and a new year arrives, they remove all of the decorations and store them until the next year. When the Christmas season comes around again, Mr. Todd and "his boys" repair, repaint, and add to the decorations for another year.

While progressing through a constant "to-do" school list, Mr. Todd prepares his students for the world of work. His classroom is where students learn skills they will need in their chosen professions. He provides opportunities for students to receive safety certifications and other certificates demonstrating their job-readiness while still in high school to give them a "leg-up" in the working world.

In his vocational shop, students practice hands-on skills that will help them become successful contributors to society. His class provides students with a wide range of experiences.  He instills a sense of community service in "his boys" by having them work on a variety of projects, including:

Mr. Todd is serving his community by being active in his church and with the youth ministry. He has also been known to coach baseball when needed.

Additionally, Mr. Todd performs all of these tasks from a wheelchair. As a young man, he was a bronc rider until his life was changed one night, when he became entangled in the ropes and had an accident. From that night on, Mr. Todd never walked again, but he never let this incident define his life.  He completed college, got married, and had a son. He continues to get up and go to work every day to the most physically-demanding job on campus.  By simply getting up and coming to work each day, Mr. Todd teaches students much more than the curriculum. He teaches all of the students, his fellow teachers, and his community that limitations do not have to limit your life. People are not defined by what they can't do, but by what they will do.