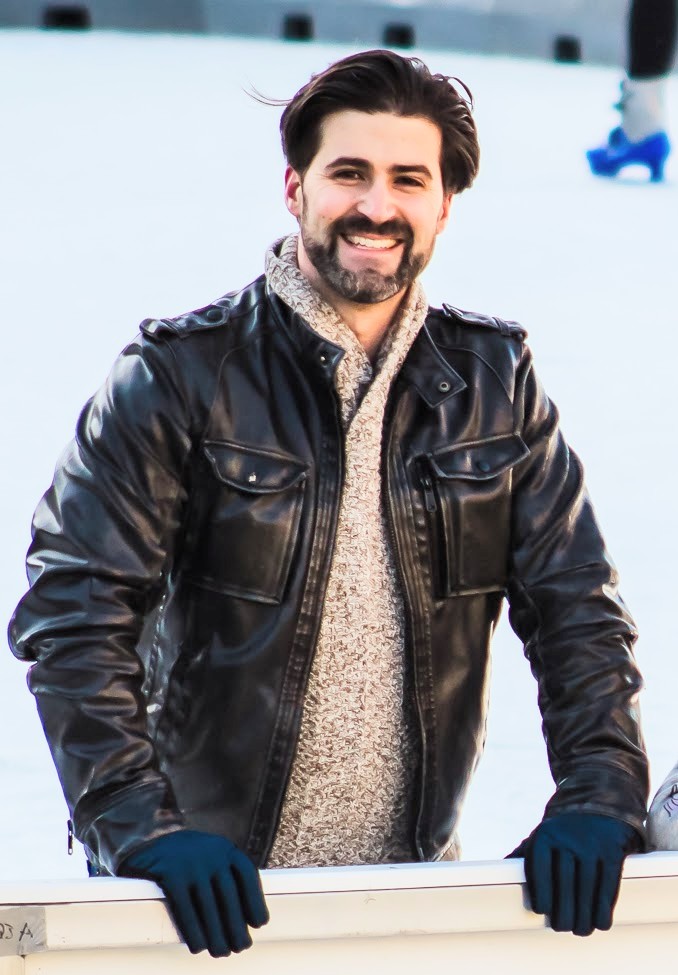 Ryan Lawrence was nominated by his wife, Elise Lawrence.

"When you find yourself at the end, looking back over your life, what do you want to be remembered for?"

"You've been given talents, treasures, and gifts. Let's find out what those are so you can step into all that you were created for."

If you happen to be a student, mentee, or even just a friend needing encouragement to press on, you'll most likely hear Mr. Lawrence using these quotes. He might not hold the "teacher" title, but he's definitely teaching, mentoring, encouraging, and influencing students each and every day that he walks into the school that he has been assigned to. He currently works for Red Oak as a mental health specialist, but his call takes place within a public school that is greatly struggling in Akron.

Every day, his assignment is to work with struggling, behaviorally- and academically-challenged students in his location. This job is not for the faint of heart. There is such heaviness, sadness, frustration, and grievance that comes as he listens to each of his students' stories. However, he finds such joy in being able to hold out hope and offer affirmation, guidance, and lots of laughter. His laugh is boisterous and sincere, and you will often find a crowd of younger people thoroughly enjoying themselves when they're in his company. He is like a father to some students and like an older brother to others.

He's not only called to listen and empathize with his assigned students, but he helps them practically implement skills and tools that will make their lives better if they choose. He keeps them accountable, lifts them up when they're feeling down, and challenges them when they become apathetic. Mr. Lawrence finds all kinds of ways to show that he cares, from making his office a place of safety,  peace, and fun, to getting on the courts, going fishing, taking students to the zoo, going to metro parks, etc. He does whatever he can do to expand students' vision, knowledge, and awareness of all that this world holds out for each of them if they rise up and believe that they have intrinsic value and worth. He helps students understand that each and every one of them has a purpose in this life to fulfill.

It's not just where we've come from, but it's where we are going. It's what we set our eyes to gaze and fix upon that becomes our destiny.

As we know, many young people have a hard time thinking past the next hour. They often become overwhelmed by emotion - the negativity, lies, bullying, or abuse that might be happening in the home or at school. That is what Mr. Lawrence is trying to combat each and every day.

When a young person is not getting their essential needs met, whether it's physical or emotional, it's so hard for them to do well in school. When a person feels like they have no value or worth, they could care less how they're doing academically. That's why Mr. Lawrence's role is so pivotal for the students to achieve success and choose a different path than the one that they might currently be on. It's vital for Mr. Lawrence to stand by students every day and hold out a different perspective, a different lens, or a different way of seeing themselves and what life offers if they try for something more, better, and beyond what their parents might have shown them.

"It might be harder, but anything worth doing is hard."

Mr. Lawrence has all kinds of little sayings that he works into his conversations to gently speak truth to his students. Trying to open up their minds and consider what they were created for is his life goal. It's not easy trying to combat all the lies that may have been received by the students. It's hard, but Mr. Lawrence wholeheartedly believes that it's most definitely worth it!

"I'm honored, not just to be his wife, but to be able to be a part of his ministry, to see the way he treats each person with such kindness, grace, and humility. He might not hold the teaching title, but he is a teacher at heart, and he will be remembered as such by many," said Mrs. Lawrence.

Ryan was the youth pastor at the church we attended when my daughter was in middle school. He is great with kids, meeting them on their level. He jokes with them to make them feel at ease and his genuine love for them shows through in his teaching and giving of his time. He gave free guitar lessons each week to those who were interested. His creative games and activities connected with everyone.

I love you. ~Your Elise~