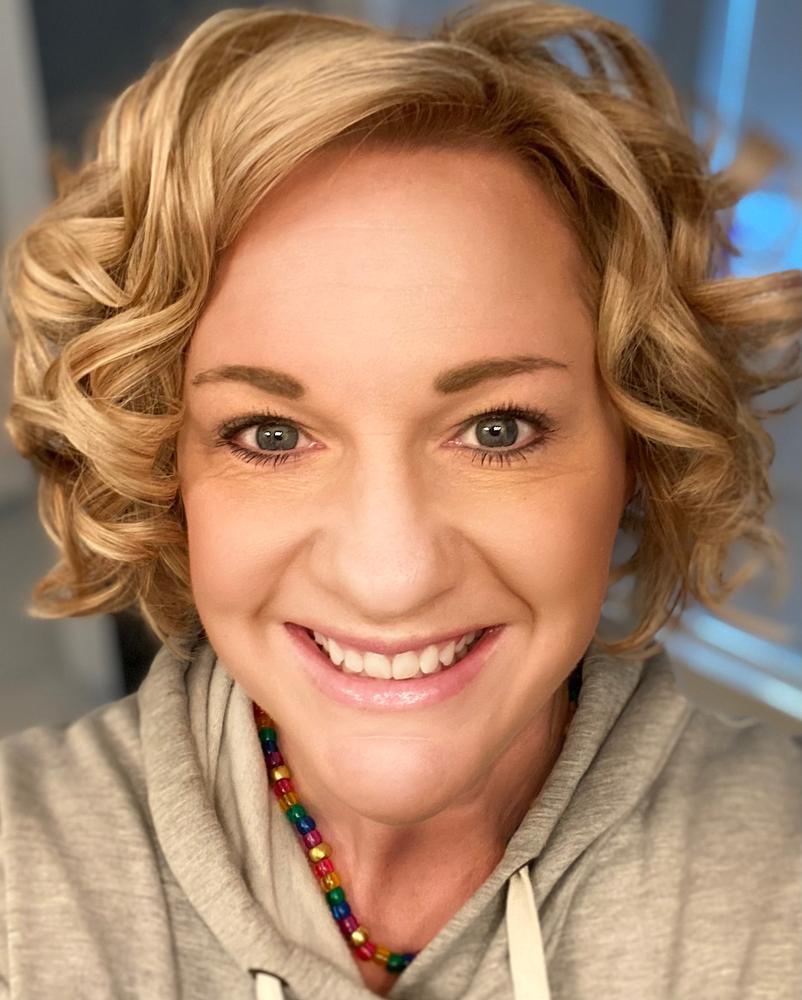 "I want to start this nomination with a story that happened recently that illustrates why Ms. Hinojosa is a LifeChanger," said the nominator. "At the beginning of this school year, Andrea mentioned to me that she had a couple of students who she was having a difficult time connecting with, particularly a female student who she felt needed support. As I would walk with Andrea in the hallways, whenever we saw this student, Andrea would stop, walk over to her, and ask her how her day was and how she was doing. On several occasions, I could tell this student was on the brink of crying, but she would hold it in and tell Ms. Hinojosa she was okay. However, one day, when Andrea noticed her and stopped to ask her the same questions she always did, this student broke down. Later, Andrea told me that she had expressed her appreciation for how much Ms. Hinojosa cared about her. This simple story exemplifies the relationship Andrea has with her students. She is persistent in trying to connect with them, show them she cares, and be their ally."

If you were to walk to Ms. Hinojosa's classroom right now, you would see two paper hearts outside of her door with notes from students thanking her for all she does. One note reads, “You have seriously been one of the best teachers I have ever had! I appreciate everything you have taught me and I’m so grateful for you!” The other note reads, “Thank you for all of your help last year. I felt so loved in your class and so prepared for the test. Thank you!”

"Andrea gets a lot of notes of appreciation from students, but what always stands out to me about students’ comments is that they typically include how much she cares about them personally and how much she has done to help them. Andrea goes above and beyond the expectations of a classroom teacher because she opens her heart to her students and makes them feel safe and cared about," said the nominator.

“I took her course during some of the most trying months of the pandemic, when both educators and students were under incredible amounts of stress," said a student. "Understanding how difficult it was for her students to consistently work at high levels in her class because of the circumstances, Ms. Hinojosa met each of her students where they were at and helped them succeed to the best of their ability. She would allow for time in class where we could process the sometimes traumatic events occurring in our community and country as a group instead of ignoring the context in which we were learning. If she could sense our class was in a mental state that would prevent us from learning productively, she would give us grace in the moment but continue pushing us forward in the subsequent days.”

"These past few years have been some of the most challenging in education, and Andrea has expressed to me her frustrations. Despite this, she still works to make sure her classroom is student-centered and a safe place for them to laugh and cry because she will laugh and cry with them," said the nominator.

Another way Ms. Hinojosa has had an impact on her students' lives is by facilitating trips to both San Francisco and New York City for her students to explore history outside the confines of a classroom. She even did a personal fundraiser so that she could provide some of her most financially disadvantaged students with scholarships to attend the trips.

“…I could talk to my teachers, but I was never close with any of them. That was until I met Andrea Hinojosa, one of the greatest teachers I have ever had the privilege being taught by," said a student who attended both trips. "It all started on a school trip to San Francisco, where we got so close and continued to be close through the rest of my high school experience. Andrea was one of the few teachers who I felt truly cared about not only what she was teaching, but about all of her students.”

Ms. Hinojosa cares deeply about the subjects she teaches, but she cares even more about the well-being of each of her students. These trips gave her students the opportunity to explore the world and learn history. At the same time, they fostered an atmosphere where students know how much Ms. Hinojosa cares about them. In fact, many of the students that attended these trips keep in regular contact with her, and they come to visit her and reminisce on the adventures they shared.

Ms. Hinojosa spends countless hours writing letters of recommendation and encouraging her students to pursue higher education. On countless occasions, she has helped them achieve their dreams. Several years ago, while teaching AP U.S. History, she had a student who wasn’t confident in his ability to pass the AP exam, so he didn’t sign up to take it.

"Honestly, most teachers, including myself, probably would have accepted this decision and continued, but not Andrea. She knew this student had the ability to pass the exam, and she even offered to pay the exam fee," said the nominator. "Well, Andrea was right. He passed the exam and is now pursuing a bachelor’s degree at the University of Utah while staying actively engaged in social justice programs throughout the state. I think at least part of his success needs to be attributed to Andrea. She saw something in him that he didn’t see in himself, and she gave him the confidence to pursue anything he wanted to. She is constantly sharing opportunities for scholarships, internships, and other programs with her students; always encouraging and supporting them."

“I appreciate Ms. Hinojosa’s clear consideration of her students' interests and passions outside of the classroom," said a former student. "She has sent me scholarship opportunities and leadership opportunities on numerous occasions that she felt like I could succeed with.”

Several years ago, Ms. Hinojosa saw a need to develop a place where the students of Copper Hills could go to get extra academic support, particularly in writing. She became one of the founding members of the Copper Hills High School Writing Center. The Center has given students the opportunity to improve their writing skills and has helped facilitate a change in the culture of the school as one that seeks to support all students’ academic needs. Since it started, the Writing Center has blossomed into a Learning Lab where students can get help in a variety of subjects, including social studies, science, and language arts.

“She provided me with the opportunity to volunteer in our school’s writing center as a tutor because she believed in my potential ability to help my peers with their work," said one of the Center's writing tutors. "I thoroughly enjoy the time I spend in the writing center. It's always validating whenever I can help a fellow student.”

Ms. Hinojosa is always looking for ways to improve the school environment, help all students feel welcome, and provide equal access to resources to help them be successful.

"Not only has Andrea had an immeasurable impact on the lives of students, but she has also helped her colleagues navigate some major changes happening within the school. Over the past several years, our district has been moving schools towards a new style of grading system called standards-based...Several of my colleagues and I were reluctant to adopt this new system because it was so different, and I didn’t understand it," said the nominator. "Over the course of a year, Andrea patiently explained and re-explained it to us. She helped facilitate an opportunity for members of our department to go to a special training. Now, several department members are using standards-based grading, and they continue to utilize Andrea as a resource."

Due to recent changes in funding, there has been a transition of special education students to the regular social studies classes. This has created a huge shift in the dynamics of the school's classrooms, and Ms. Hinojosa decided to do something to help. She's supporting the teachers by applying for an opportunity for them to attend a workshop on how to teach special education students in regular classrooms. She doesn’t simply throw her hands up in the air and give up when a challenge arises, but she takes steps to actively solve the problem. Ms. Hinojosa is an amazing asset and advocate for her department and school.

"Today, I am nominating Andrea for this award, but really, it's Andrea who has established a culture of recognition at Copper Hills High School. As a member of the Copper Hills Morale committee, Andrea has written and delegated the writing of nominations for many teachers throughout our school for a variety of both local and national awards. For two years, she was the point person on a school recognition award called the Golden Grizzly. Every month, she made sure a teacher and a member of the support staff were recognized at the faculty meeting. Andrea never takes credit for all the amazing work she does at the school and the culture of positivity she has helped foster. She is an amazing teacher, a wonderful colleague, and a great friend. I am so privileged that I have had the opportunity to work beside her, learn from her, and to be one of the many recipients of her kindness and empathy," said her nominator.

Mrs. Hinojosa has helped me to enjoy learning about history. She knows how to teach in a way that involves everyone and connects with the students. I know her room is always a safe and comfortable place to calm down and just be myself. She truly deserves this!

I wholeheartedly agree with the nomination of this awesome lady! She constantly looks for ways to make things better for those around her. Congratulations, Andrea! I am thrilled for you to receive this special acknowledgement for all that you do for so many!