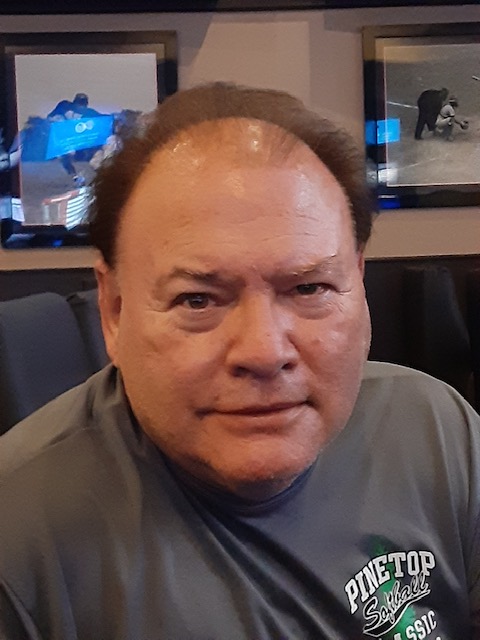 Mr. Ingle is finishing his 45th year in education and is planning on retiring at the end of this year. He's an elementary school counselor in two schools, and he says that “I always make sure to remind kids to find their passion and use it in life. What a remarkable time it has been to share my life with so many generations. My reward comes from seeing kids I worked with leading successful lives.”

One of Mr. Ingle's first grade students recently lost his father. Mr. Ingle organized a collection to help provide the family with gifts, food, and other necessities because the student’s mom had been in the hospital for three weeks. One of the things that Mr. Ingle has enjoyed the most during his past 45 years in education is being able to come together at a special time of need to help students and families during a difficult time. For the Thanksgiving and Christmas holidays, he makes sure any family in need is given food, turkeys, hams, and more. He has worked with a local church to collect toys for kids who would not be getting presents for the holidays.

Mr. Ingle has always valued the diversity in his schools’ cultures to show students that each person has value and is special. To show his commitment to reach out to all students, he worked with teenagers who committed violent crimes in several programs from 1977 to 1985. He made powerful connections with those students because they knew he valued them for who they are. He learned that they will buy into what an adult says if they see that the adult truly cares.

In 1985, Mr. Ingle was hired as a Social Worker for a Christian Children's Home called Sunshine Acres. That experience showed him a new level of need in kids, which helped him when he became a school counselor. Mr. Ingle advocated for kids to never be turned away due to a lack of funds. He worked with Mesa Schools to start a school program, which resulted in him being promoted to Director of the Home in 1987. He developed the school program to keep kids in school who were at risk of dropping out. Mr. Ingle hired teachers and other staff for the program. Some students were able to effectively transition back into the Mesa schools to get their diplomas there. He advocated for kids to be able to continue living in the Home after high school so they could have the support they would need to complete a college degree. After leaving for another position, he was asked to be a Board Member of the Home due to his effective work there.

In 2001 after 16 years at Sunshine Acres, Mr. Ingle was contacted by the Director of Guidance at the Mesa school district about becoming a school counselor. He has continued working at two schools with over 1,000 students in his caseload. He has sought to love each student where they are, and to be a positive role model in their lives. When he retires, he will miss the kids, but many will continue to seek him out to update him on their successes, as they are now. Over and over, his former students say that the greatest lessons they learned from him were about dealing with diversity, keeping calm, controlling their behavior, and taking the chance to help someone else.

In 2009, Mr. Ingle was received the Spirit Award from the City of Mesa, which was given by the Dr. Martin Luther King Council. It was a great encouragement for him to never stop telling the kids during his 40-50 monthly presentations that everyone has value and matters. One of Mr. Ingle's favorite things has been to walk a group of 25 students to the local senior citizen center to sing, make cards, and dance with the residents. Seeing the students’ hearts of compassion and kindness for the elderly has been so encouraging. During the COVID-19 pandemic, they have not been able to visit as often as before, but in the coming semester, the students will make cards again for the residents to let them know the students have not forgotten them.

"Over the past 45 years of working with students, Gary has left an indelible mark on their lives. Those 45 years have also left a mark on Gary’s life, too. He has been an effective role model in helping kids see how one person can make this world a better place!" said his nominator.

Gary you truly are an inspiration. The amount of love and joy you put into everything you do is nothing less than amazing. I have worked with you for 8 years now and never once has that smile left your face. You are a blessing and I am grateful I have met you.

I have known Gary Ingle for 2 years. Throughout these years I have seen Mr. Ingle help students in every way possible. My 6th grade students however, have known him for much longer, some, for their entire school career. Here are some things my students say about Mr. Ingle: "Mr. Ingle is a thoughtful person and he is kind to everyone around campus." "Mr. Ingle is one of the greatest counselors ever." "Mr. Ingle helped me to get over my anger issues when I was younger." "Mr. Ingle always helps us to get through family and friend issues we may be having." "Mr. Ingle is nice, kind, sweet, caring, and there for us." "Mr. Ingle takes the time out of his day to come and teach us SEL lessons and about future careers." "Mr. Ingle allows us to come and eat lunch with him whenever he is not on lunh duty. I really like this time with him." The most resounding answers I got when asking my students for input was "Thank you, Mr. Ingle." and "He is extremely deserving of this award."

Gary is always available for the kids. He listens and cares for them. And even during the pandemic, he's given hugs. His passion for our kids shows in all that he does. Thank you, Gary!

Gary is one of the people in your life who will change your life. He inspires everyone around him daily. He has done so much for children and families is his lifetime. He is the poster child for the award. I admire him so much and appreciate the man he is. He lifts up everyone!!! Words could never thank him enough for all his compassion in this life for others. Thank you from the bottom of my heart for being you Gary.

Gary is a wonderful counselor, friend, and mentor. He has encouraged me to pursue my dream of being a counselor and following in his steps. I have enjoyed working with him for the past 7 years and will miss his kindness, support, and hugs.